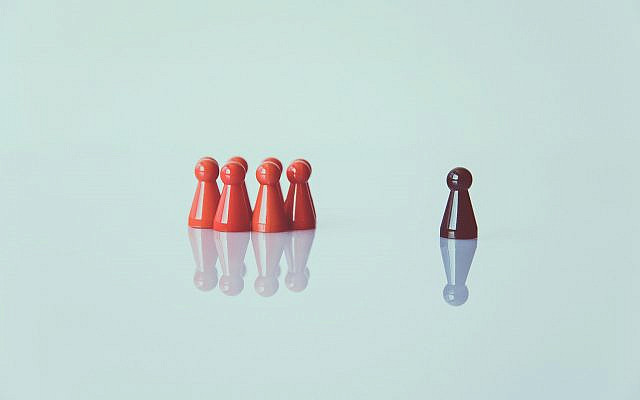 Some time ago, I was discussing with a professor a legal and moral issue pertaining to his son. I postulated against what his son was doing while he was trying to defend his son. Our argument got pretty heated, and I had a legal and moral answer for every defense he gave. After some time going back and forth, he said, “Well, what do you want from him?” “Everyone does that.” I was utterly shocked by what he said, so I replied, “If this is the last thing you have to say, we’re done talking.”

Here is a preacher, of sorts, to developing human beings in his educational institution. Here is someone who lectures worldwide, encouraging people to follow the straight and the narrow. When it comes down to it, his answer is no different than what any teenager would say to their parent when caught red-handed.

These days, people are disillusioned and disenchanted with our leaders because they have become followers. Many “leaders” do not deserve the title by any standards. These “leaders” request a poll for every new decision they make to be sure they will not offend the sensibilities of any of their followers. This attitude begets the expression, “Every generation becomes worse than the one before it.”

The second law of thermodynamics says that the amount of disorder tends to get worse as time goes by. Everything has a natural tendency to move from a higher state of order to a lower state of order, and so it is with people. Unless, of course, if and when there are real leaders who can reverse this natural trend, forward-thinking leaders who drive progress, leaders with the moral fortitude to lift standards.

Leaders have become followers or worse. Throughout history, the overwhelming majority of leaders have never been people to look up to. Leaders have killed, pillaged, and taken advantage of their positions. The people being led were, much of the time, not much better, otherwise, they would have produced leaders worthy of a higher caliber or, at the very least, people who publicly protested the inadequacies of the people in power.

This brings us to another by-product of the above.

Human nature is such that we are all influenced by our surroundings. When a person sees problematic behavior all around them, especially when it comes from people who should be leading by example, even if they are certain in their hearts that it is wrong, the person may be swayed to follow his own weaknesses. He may justify not doing the right thing because “everyone else is doing it.”

To address this, I say, “life is not a popularity contest.” The right thing must get done for the right reasons. In the end and in truth, you are living with yourself, and one needs to be honestly truthful with themselves.

Life is meant to test us and strengthen our morals as a result. The evil inclination never gives up and has many tricks to suck us into its dominion. As the Bible tells us, “Sin crouches at the door,” always waiting for an opportunity to put in its foot.

Doing the right thing has always meant being in the minority. By its very definition, a leader is one -to the very many.

Rabbi Shimon, bar Yochai, was sitting with his teacher, Rabbi Akivah, when his teacher told him, “It is enough that your Creator and I know your greatness.” Someone once told the Lubavitcher Rebbe, Rabbi M. M. Schneerson, how great his wife was. The Rebbe answered, “Only God recognizes how great she was.”

Instead of being influenced by the bad neighbor, it is up to each person to be the good influence on the bad neighbor. We should be good, notwithstanding anybody around us, because “There is an eye that sees and an ear that hears” everything. “The ledger is open, and the hand writes.” And finally, “Your employer (God) is trustworthy to pay you the reward of your labor.”

Always keep the big picture in mind. God (and that veritable portion of God inside yourself, the soul)  is the only one who truly matters, and God, may He be Blessed, has the longest memory.