As the U.S. electorate grapples with the likely election of the first women President of the United States, it is remarkable to think that the first woman head of state was Sirivamo Bandaranaike of Sri Lanka who in 1960 became the world’s first female elected Prime Minister followed by Golda Meir in Israel in 1969 and Isabel Perón of Argentina who was elected President in 1974. These women rose to power almost half a century before the United States, labeled as one of the world’s most progressive nations and largest democracies. A recent poll found that with less than two weeks to go until the election, only 80% of Americans feel that the country is ready for a female president. The good news is this is up from 60% in 2008.

This comes for Clinton as her opponent has successfully created a social and cultural narrative that has made it challenging and confusing for the American public to examine and identify if Hillary Clinton is a viable choice as the first female candidate for the Presidency of the United States. Of course, the question of gender and bias can be intangible and if Clinton were to lose to Trump, it would never be known what role the leadership/masculinity nexus played in the final results. There ultimately could be many other determining factors such as policy, political party and economic conditions, but gender perceptions can and do equally play a role in all of these.

Earlier this year, Ms. Clinton herself chose her words carefully when discussing the subject in an interview with Vogue Magazine: “I really don’t know. I think it’s gotten better, but I think there still is a very deep set of concerns that people have, which very often they’re not even aware of or they couldn’t articulate.”

The biggest subject dominating the 2016 election that has not been debated and essentially remains unanswered is the question of how the United States stands as a country psychologically on the concept and likelihood of electing and empowering a woman to such a level of power. This question is of significance since the United States surprisingly still ranks 95th in the world as far as its proportion of women elected to public office.

Having been personally raised around powerful women who went through many obstacles to achieve success, I know that these accomplishments should not be taken for granted. However, according to a recent Gallup poll, millennial women ages 18-30 are undecided as to whether they would vote for a woman candidate just because she is a woman. This makes Clinton’s run all the more significant and challenging because of the apparent subconscious attitudes of some of the voting public that are not admitted to or recognized.

The struggles of the baby boomer generation have clearly not made much headway in this election, but to keep things in perspective, consider the details of a recent blog post described “11 Ordinary Things Women Weren’t Allowed To Do In The ‘50s And ‘60s”. The list of these things included ceilings that weren’t crashed until the 1970’s or much later, including a woman’s right to open a bank account without her husband’s permission. In this context, there has clearly been an enormous shift in gender attitudes and acceptance of women in the workplace.

All of this makes it exceptionally ironic that as a country we can hardly find a way to raise a discussion on women in power without it being labeled as the “woman card” by not only the opponents of the Clinton candidacy, but also by many of her ardent supporters. The reason for this debate is not that simple. Clinton is unarguably by far the most qualified candidate in the race. She knows more about foreign and domestic policy than any of the others and has proven she can garner votes and withstand aggressive and many times unjustified attacks. Yet the media, the public and many elected officials have raised concerns about her qualifications and have attempted to create a false equivalency between her and her opponent.

In the third and final debate between the Presidential candidates a few nights ago, the more Clinton excelled in her expertise at defeating Trump, the more sullen and defensive he became and their fiery exchange ended with him calling her a “nasty woman”. Will the topic of her gender consume a Clinton presidency the way race has consumed the Obama presidency, lead by the constant drumbeat of the opposition? Perhaps questions such as these in a society with a more reasonable discourse would never come to the surface. A great woman leader such as Prime Minister Margaret Thatcher, for example, started her tenure being ridiculed, only to be become one of the most popular and effective leaders of her generation.

The Clinton campaign’s Humanity for Hillary website (humanityforhillary.com) uploaded an inspirational video a few weeks ago which has since gone viral with over 2 million views. Entitled “Pantsuit Power Flashmob for Hillary“,https://www.facebook.com/HumanityforHillary/videos/375873806086411/) it features an energized flash mob of men and women, clad in the iconic pantsuit she is famous for, dancing in New York City’s Union Square with lyrics showing what makes Hillary Clinton’s candidacy so special.

The video ends with the message: We dance because love is love, because black lives matter, because climate change is real, because women’s rights are human rights, because immigrants make America great, because every vote matters. We dance for Hillary because she fights for us.

The 2016 election is in its final stretch and I know that there will be a powerful change on November 8th if America decides to elect a woman. It may at first be muted and reserved, and may be colored by the divisive nature of the last 18 months, but I can say with great certainty that despite our country’s reservations about electing a woman president, the rest of the world has been watching us and questioning what has taken us so long. 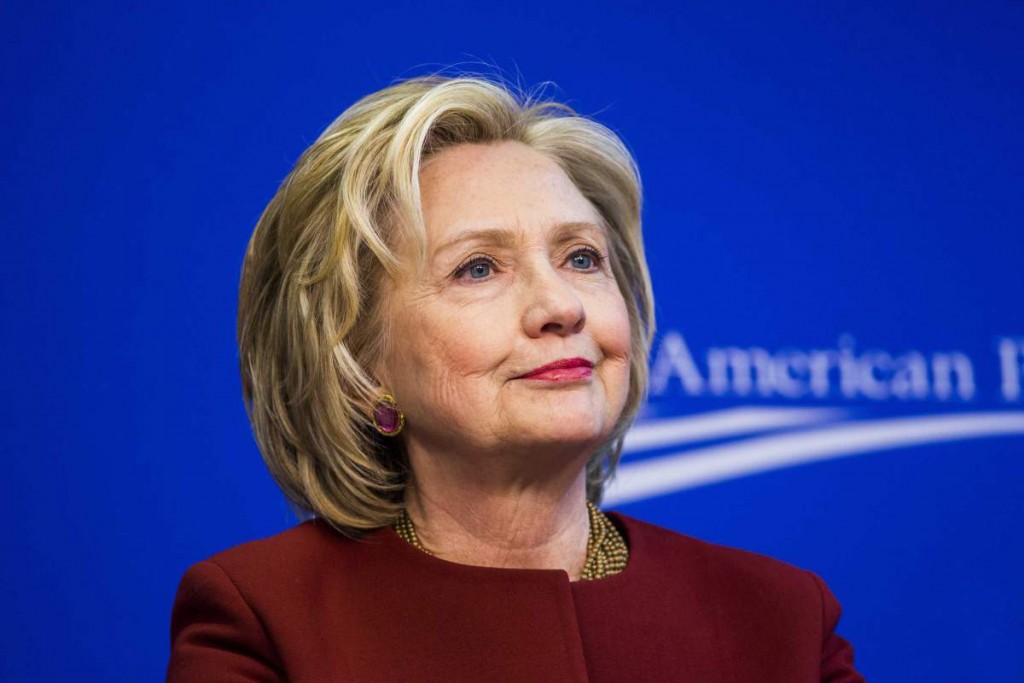