The Blogs
Mendy Kaminker
Apply for a Blog
Please note that the posts on The Blogs are contributed by third parties. The opinions, facts and any media content in them are presented solely by the authors, and neither The Times of Israel nor its partners assume any responsibility for them. Please contact us in case of abuse. In case of abuse,
Report this post. 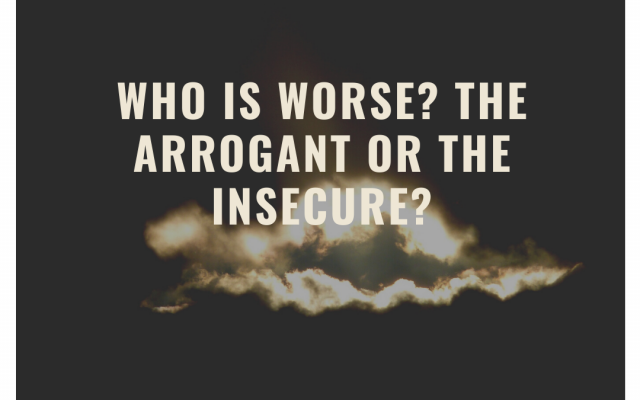 Which one is worse: arrogance or insecurity?

Some people are just so arrogant. They believe that they are the best, no one is as good as them and everyone around them exist only to serve them.

Others are insecure. They are never good enough, always judge themselves and deep insides feel like nothing.

And, truth to be told, we all have both traits. Sometimes we might feel arrogant, other times – insecure.

And interestingly enough, there is one coin that can cure them both.

Actually a half a coin.

So meet one of the most famous coins in the Torah: Machatzit Hashekel (=a half of a Shekel).

In the time of the Holy Temple, every Jew was obligated to donate a half a Shekel towards the temple service.

Sounds simple enough. But if you will take a look at the text of the commandment (which will be read this week at the Synagogue), you will find that the Torah chose a seemingly complicated way to tell us about this Mitzvah.

“This they shall give, everyone who goes through the counting: half a shekel according to the holy shekel. Twenty gerahs equal one shekel; half of [such] a shekel shall be an offering to the Lord”.

So if one Shekel is 20 gerahs, half is 10 gerahs. Can’t the Torah simply give 10 gerahs? Why use such a long sentence, and keeping on mentioning that it’s a half a shekel?

The Chassidic masters explain that with this Mitzvah, G-d wanted to remind us that we are always going to be a half.

Not a whole. A half.

Not a nothing. A half.

For the insecure – inside and out – it’s a reminder that it’s not a nothing.

So who is the other half?

The other half is G-d, who is pouring the success into anything that we do; Who is giving us the skills, the talents and the gifts we are surrounded by.

And the other half is those who G-d created and put in our path, to help us be better, do better and reach higher.

May we find the right balance, amen.

About the Author
Rabbi Mendy Kaminker is the Chabad Rabbi of Hackensack, and an editorial member of Chabad.org.
Comments