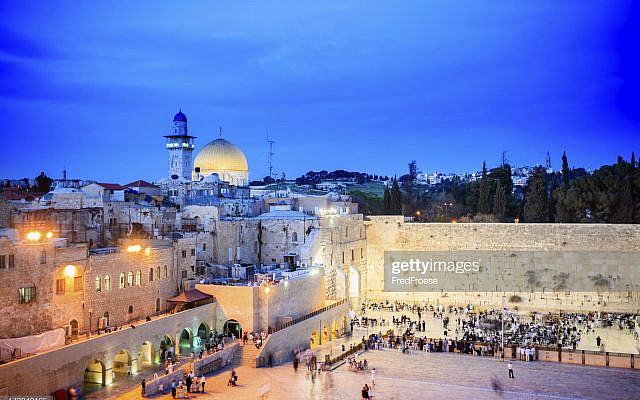 Night in Jerusalem, view from the old Town over the Western Wall and the Dom of the Rock

I proudly posted the following blog:

Wonder of wonders, miracle of miracles “The Stairs” has been selected by the Near Nazareth International Film Festival (NFF) of Afula, Israel, to be included in its festival.

“Wow, our short indie film will play to an Israeli audience,” I thought.

We’re in a film festival that serves to strengthen mutual understanding and friendship between the peoples of the world. Through cooperation with movie lovers from around the world.

Filmmakers from 65 countries participate in this festival.

And the best ones are shown at its venue in the Poznack Community Center in Givat Ha-More.

Then I thought, “Being accepted to the Near Nazareth Film Festival may not be “the most miraculous miracle of them all” but it feels damn good.”

And it felt damn good, when “The Stairs” won NNF’s laurels and a certificate.

And it still feels damn good when I look at my framed certificate resting on my desk.

And it still feels damn good knowing that The Stairs was my first father/son film project.

Yes, the same festival that we won six years ago.

And here’s what NNF said this year:

Congrats, “We Need Rent Money” has been selected for this year’s festival.

Your project was submitted for participation and judging in the Semi-Finalist category of our festival.

So you may ask. “What’s happened to this film festival in the last six years?”

Well, Near Nazareth has a powerful new motto, “Art is life.”

A motto only artists fully understand.

And Near Nazareth’s film submissions have reached 3500.

And in 2022, filmmakers from 65 countries participated in the festival.

And again, the Laitner family won laurels and a certificate.

And again, the festival is being held in the Poznack Community Center in Givat Ha-More, Israel.

And again, I realized that Blake and I have something in common.

We understand that “Art is life.”

About the Author
Florida's Jewish short-story writer, speaker, film producer and retired attorney. He has authored, "A Hebraic Obsession", "The Hanukkah Bunny" and "The Greatest Gift." He produced an award-winning short film entitled, "The Stairs". Movie can be viewed on my TOI blog. Mort was a correspondent for the Fort Lauderdale Sun Sentinel Jewish Journal. He has recently taken on the post of president of the South Florida Writers Association.
Related Topics
Related Posts
Mort Laitner