How could you open your streets to the Al-Quds Day rally in Berlin that called for Israel’s destruction?  Why did you condone a march of virulent anti-Semites demanding the murder of the next six million Jews?

You were silent when supporters of terrorism marched in Berlin holding aloft photographs of the leader of Hezbollah, Iran’s terrorist partner.  His Al Quds Day speech was accompanied by crowds chanting “Death to Israel.”  Hezbollah’s charter calls for a terrorist struggle that will not end until the Jewish State is obliterated.  They have tens of thousands of rockets aimed at Israel’s cities from Lebanon ready to be launched on orders from Teheran.  According to your own intelligence agency, there are 250 active Hezbollah members and supporters in Berlin and some 950 Hezbollah operatives in Germany.

Knesset Member Yair Lapid, son of a Holocaust survivor, wrote to Mayor Müller: “Your decision to remain silent in the face of this incitement and hatred is a grave mistake. Allowing the glorification of terrorism in your city won’t appease extremists, it will embolden them.”  He ended his letter: “We would never allow a parade celebrating the murder of your citizens, why do you allow a parade celebrating the murder of ours?”

In the tradition of Picasso’s Guernica extended into networked times, I created the “Future Holocaust Memorials” blogart project in 2006 http://futureholocaustmemorials.blogspot.com as a wakeup call to prevent a second Holocaust being planned by Iran and is allies. 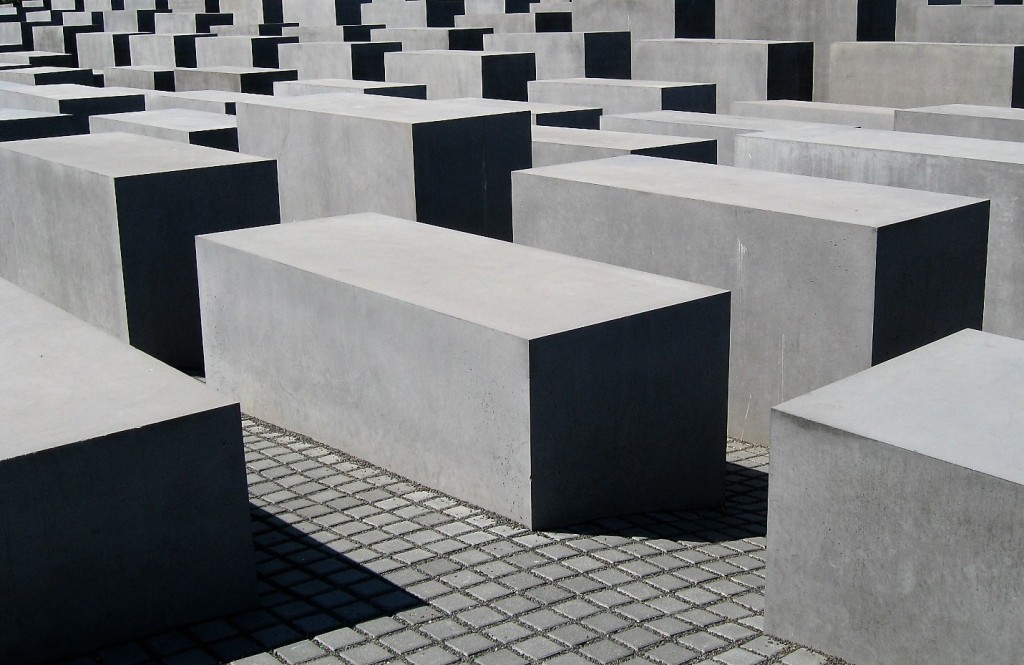 My proposal follows in the tradition of artists who confronted evil through their artworks like Picasso’s Guernica crying out against the bombing practice by Hitler’s burgeoning war machine killing hundreds in a village in Spain in 1937. Just as the world’s acquiescence to Hitler’s raining bombs on the village of Guernica gave him the license to proceed with preparing for WW II and exterminating the Jews of Europe on his way to global conquest, the world’s indifference to the thousands of rockets aimed at Israel by Iran and its proxy armies, Hamas and Hezbollah, are empowering Iran to annihilate the Jews of Israel as a prelude to global jihad.

Do not forget the partnership of Germany and the Arabs to exterminate Jews during the second World War.  The anti-Semitic marchers in Berlin this past weekend are the heirs of the Grand Mufti of Jerusalem who joined the Nazis in exterminating Jews.  Below is the Nuremberg trial testimony of SS Hauptsturmfuehrer Dieter Wisliceny (Adolf Eichmann’s right-hand man):

“According to my own opinion, the Grand Mufti [Hajj Amin al Husseini], who has been in Berlin since 1941, played a role in the decision of the German Government to exterminate the European Jews, the importance of which must not be disregarded. He had repeatedly suggested to the various authorities with whom he has been in contact, above all before Hitler, Ribbentrop and Himmler, the extermination of European Jewry. He considered this as a comfortable solution of the Palestine problem. In his messages broadcast from Berlin, he surpassed us in anti-Jewish attacks. He was one of Eichmann’s best friends and has constantly incited him to accelerate the extermination measures. I heard say that, accompanied by Eichmann, he has visited incognito the gas chamber at Auschwitz.”

I hope that today’s Germany will partner with Israel in defeating Islamist terrorism that seeks to exterminate the Jewish State and spread its hatred of freedom and democracy in Germany and throughout the world.