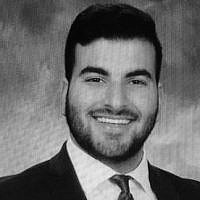 The Blogs
Abdelhalim Abdelrahman
Aspiring Middle East Analyst
Apply for a Blog
Advertisement
Please note that the posts on The Blogs are contributed by third parties. The opinions, facts and any media content in them are presented solely by the authors, and neither The Times of Israel nor its partners assume any responsibility for them. Please contact us in case of abuse. In case of abuse,
Report this post.

Turkey’s threats to veto Sweden- Finland bids into NATO are an attempt to secure concessions amidst its own internal strife. U.S citizens and pundits are renewing their calls to expel Turkey from NATO. However, such a feat is unprecedented and complicated—even if the conversation has merit.

Earlier this week, Turkish President Recep Tayyip Erdogan shocked NATO by threatening to veto Sweden and Finland’s bid into the Transatlantic alliance. Turkish foreign minister Mevlut Cavusoglu stated on May 15 that Turkey had not “closed the door” on the issue—but that Turkey’s concerns should be addressed first. The issues Cavusoglu is referring to fall upon military, political, and economic lines.

Firstly, Turkey seeks assurances from the Biden administration that Congress will authorize their purchase of U.S F-16 fighter jets. Turkey’s desire to obtain these jets is linked to their removal from the U.S F-35 program in 2019 as a consequence of purchasing Russian S-400 air systems. The acquisition of such weaponry also led to the U.S sanctioning the Turkish defense industry under the U.S Countering America’s Adversaries Through Sanctions Act (CAATSA) in 2020. The restrictions levied upon Turkey have been crippling their defense sector and hindering Turkey’s ability to acquire import-export licenses for military goods. As a result, Ankara believes disrupting NATO processes could provide them with leverage in removing defense-related sanctions.

Turkish President Recep Tayyip Erdogan speaks during a press conference after a cabinet meeting at the Presidential Complex in Ankara on May 9, 2022. (Adem ALTAN / AFP)

Furthermore, contributing to Turkey’s objections are Nordic-Kurdish ties. Erdogan has been expressing anger over Sweden and Finland providing refuge to members of the Kurdistan Workers’ Party (PKK)—a group that both the United States and Turkey classify as a terrorist organization. In the past, Sweden and Finland have also coordinated with the YPG (People’s Defense Units), the PKK’s branch in Syria lauded for their efforts in defeating ISIS in Syria. It is also possible that Erdogan taking issue with the Kurdish people may also be an attempt to improve his image. Polling indicates that Erdogan’s approval rating is 42%, while nearly 54% are displeased with his performance. Even if disdain for the Kurds is not the main reason for Turkey’s remonstrance, Erdogan likely believes it will help him domestically.

However, Turkey’s reservations go beyond Nordic-Kurdish ties. Both Sweden and Finland are among several nations that implemented defense export bans against Turkey over their horrific 2019 incursion in Syria. The defense bans are hindering Turkey’s economic growth. Coupled with Turkey’s inflation rates being close to 70%, Erdogan hopes to maneuver his NATO status to remove Nordic defense bans and inject life into Turkey’s floundering economy.

Turkey’s malign activities renew calls among some U.S citizens and analysts to expel them from NATO. In 2016, Turkey faced significant criticism for its brutal crackdown on political dissent. In 2019, Turkey’s “Operation Peace Spring” created concerns about exacerbating the dire humanitarian crisis in Syria. In addition, during Turkey’s operations in Syria, U.S Senator Lindsey Graham suggested Turkey be suspended from NATO if Turkish troops began attacking Kurdish forces. In each of these instances, calls for NATO to remove or suspend Turkey intensified, but to no avail.

However, removing Ankara from NATO will not be easy. Before making such a decision, one must consider the 50 U.S nukes in Turkey. This undoubtedly makes the U.S, or even other NATO members, hesitant to pursue Turkey’s removal. Complicating the matter further is that NATO lacks guidelines explicitly laying out procedures for expelling member states. If NATO began exploring the idea of removing Turkey, some pundits assert that NATO can claim Turkey is in “material breach” of the Transatlantic treaty under Article 60 of the Vienna Convention on the Law of Treaties—which stipulates:

(a)  a repudiation of the treaty not sanctioned by the present Convention; or

(b)  the violation of a provision essential to the accomplishment of the object or purpose of the treaty.

The best course of action may be arguing that, by Turkey allowing Russian interests to influence its policies, conditions for a material breach of the treaty could be met. If NATO agrees on this premise unanimously, then Turkey could be expelled. However, removing a NATO member state via article 60 of the Vienna Convention has never occurred, making this feat unprecedented, complicated, and unlikely.

About the Author
Abdelhalim Abdelrahman is a Middle East Research Assitant at Valens Global. Mr. Abdelrahman's professional goal is to work for the United States government with a concentration on terrorism and counter-terrorism. Abdelrahman also seeks to advocate for a two-state solution with the peaceful establishment of a Palestinian state
Related Topics
Related Posts
Comments