As the siren sounds,

And we try to think of our fallen.

Sometimes the faces of those I know pass before my eyes and I imagine if they were with us today, what it would be like?

Sometimes I just can’t think of them and I think about the families and their loss.

An emptiness never to be filled. Every. Single. Day. For us it is one day a year. 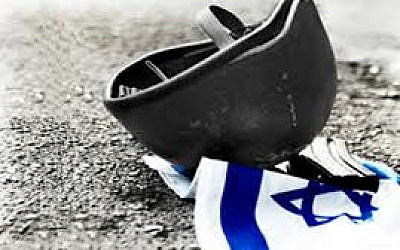 I think of a friend who lost her son. And his wife, who eventually remarried. And how she sees her son in the eyes of her young grandchildren. And how wrenching that must be. I find it hard to swallow, with that familiar, emotional choking sensation in my nose.

Sometimes, I think of Ilan and how much he loved life and adventure. And how he died, so unexpectedly.

And sometimes I think of Rami and Aaron, and Big Joe, and Yossi and Simon, my comrades. And how one minute they were there, and then they weren’t. And how the shell fell so close, that it could have been me. And of the senseless loss, caused by human error. And how the next day I travelled hundreds of kilometers on buses to attend four funerals all across the country. (The fifth was held simultaneously with another).

And I think of Gary and what he must have thought when his jeep overturned as it fell off the bridge.

And I think of the fear that must have gripped every one of the 78 soldiers as their helicopter fell from the sky and they contemplated death.

And of Roi, who fell on a grenade in godforsaken Lebanon, and the sacrifice he made.

And sometimes I think of the desperation of battle and how horrific those last moments of one’s life in that living hell must be, where death could be seen as a release – from the cacophany and the pain. And the fear. And the impossible stress of trying to hold it all together. And failing. And how oblivion is welcomed.

And those whose mangled bodies, are a reminder every day when they wake up. The arm, or leg, that should be there, but isn’t. Or remembering when you could see and now you can’t.

And of those who died inside, with their bodies intact, but not their minds. And every day is spent reliving the terror and the gehenom. Purgatory for the rest of their lives. And if they wished they had died?

And, which is more tragic? Those who sacrificed their lives in heroic battle? Or the lives thrown away, the result of negligence or by accident? Or those who couldn’t take the anguish anymore and took their own lives? Which?

Or does it even matter? Because the real tragedy is borne by those they left behind, who miss them terribly, and whose lives will always be defined by he or she who is no longer there to be with them.

And let us always remember, that here, in Israel we owe them all a debt of gratitude for their bravery and their readiness to serve and sacrifice if called upon to do so, whether it was in the turmoil of war, or the whump of a shell sent to the wrong coordinates, or the screech of metal at the impact of collision.

They gave their lives so we could live. And LIVE we must, to honor them.