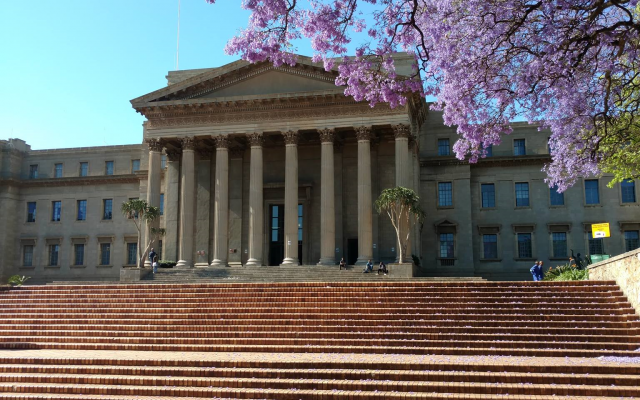 University is overwhelming for any first-year student and most excruciatingly so for someone who had been in a cozy Jewish school of less than 60. Less than university was a culture shock, it was culture alienation. There were less than a thousand Jews at a university which boasts around thirty thousand students and almost next to none of the extremely small religious cohort was in the Arts or Social Sciences. Besides for one friend from school, I knew absolutely no one in my first-year courses and in my three-year undergraduate degree, I would never make friends with another Jew whom I hadn’t already known off-campus.

That didn’t stop me (and others apparently) from doing what I fondly call “Jew spotting.” As I walked around campus, I kept my eyes peeled for any sign of a fellow Jew. Kippot or the knee length skirt and elbow-length top were give-away signs. Those were rare though and often I just… got a sense. Sometimes that sense was rewarded by that person meeting with one of the “obvious” Jews. Mostly, it just stayed an unanswered interest for the length it took me to get to class. Any indication or positive suspicion, however, lessened my sense of isolation as an “other.”

Where did I stand on the spectrum? I do not conform to dress standards despite my commitment to Orthodoxy. My casual wear has always been jeans, a t-shirt and sneakers. My name though was registered in full as Natanya and well, it made me stick out. And I hated it. I didn’t want people to know I was Jewish, I wanted them to judge me on my merits as a person before associating me with some label. I was a “human being.”

In my second-year I attended a winter course the French department was hosting. Lunch was provided but obviously, I wouldn’t be able to eat it. The stress of having to explain gave me extreme anxiety for weeks in advance. Should I eat quickly outside and then come in and say that I wasn’t hungry? Should I say that I was vegan (vegetarians had their own option already)? I was desperate to find a reason that would avoid the word kosher by a million miles. Eventually, unbearable distress on the first day, I braced myself and simply said that I was kosher when my classmates asked why I had brought my own lunch. They were entirely accepting and some even went so far as to say (and were in fact indignant) that the organisers should have provided kosher food for me.

My lecturers had known from my absenteeism explanations, but the “problem” was that now my classmates knew. They knew my deep dark secret of being a Jew and now, I had to deal with the consequences. I had to stand up for my faith, I had to deal with anti-Israel sentiment but most crucially, I had to represent my identity and people. I now had to be a Jew. “The world is watching us” is not an uncommon expression and it certainly felt true. I felt that I had to act in ways that would not be a chilul Hashem (lit. desecration of g-d’s name) and I was terrified and never ceased to be. I walked into a room and my Jewishness walked in with me.

It made me defensive but it also made me realise that I needed to come to terms with my identity as a Jew. Unfortunately, I always seemed to stand out whether it was because I had good grades or because lecturers apparently had a divinely inspired urge to choose me for answering questions. That wasn’t going to change and neither would my constant cringe when I heard my name called. So, it came down to that infamous word: attitude. I had to learn to hold my head up high and remember that while I was defining myself, I was also acting as the definition of something else. I was defining Jewishness for some of whom I was the only Jew that they knew.

I strengthened my Jewish identity as a result of being on campus. I don’t know whether I have ever fully overcome my internal fears, but I have became more of a Jew than I had been prior. In my third year, I was confident enough to mention to a classmate that I was Jewish in explaining why I had a particular idea and guess what – she was Jewish too. I have become more prepared to acknowledge my Jewish identity as a reason for why I can and cannot do certain things rather than searching for a flimsy excuse. Being forced to admit my Jewishness to others forced me to admit it to myself. From starting my first-year as never wanting to be known as a Jew, I left three years later fairly comfortable with saying “I’m Jewish.”

Being a social “other” is not easy but one can take pride in it. I had to learn that pride and I am still learning it. I believe in what I live and why be ashamed to acknowledge those beliefs and practices? I sometime wonder if it has to do with epigenetics – a fear of hatred that has become ingrained in the Jewish soul due to ceaseless persecution that causes us to create another external identity. But that identity is not who we are and to claim that it is, is a disservice to ourselves.

When I left school, I was a Jew – but that was all. The concept of identification as a Jew had barely crossed my mind. When I went to university, I was confronted with acknowledging a lifestyle that defined me but one that I wasn’t quite ready to admit. Yet, I developed that pride albeit through agonising stress and fear. University, an entry into and an emblem of the non-Jewish world, strengthened my spirit as a Jew. It is a common saying that people respect Jews who stand up for their Judaism and for me, they did. Was it awkward when I had to decline food that others were sharing? Yes. But did they respect that? Yes. We cannot escape the outside world as much as we might want to and we need to decide who we are in that non-Jewish world and whether we are religious or not, we will always have a Jewish soul. Born a Jew, always a Jew. Be proud to be a Jew and hold your head up high. Not only will others respect you, but you will learn to respect yourself.