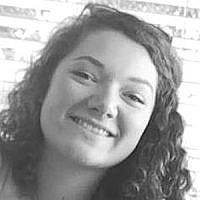 The Blogs
Brit Felsen-Parsons
Apply for a Blog
Advertisement
Please note that the posts on The Blogs are contributed by third parties. The opinions, facts and any media content in them are presented solely by the authors, and neither The Times of Israel nor its partners assume any responsibility for them. Please contact us in case of abuse. In case of abuse,
Report this post.

“You were in the Israeli army, right?”

The asker is a stranger. A Columbia student, to be sure — he lives in my building — but his face is unfamiliar. It is morning, and as he holds the elevator door for me, I give him a grateful smile. The silence of the ride down is broken suddenly by his question, and I only have time to look over in surprise and murmur a noncommittal “yeah” before the doors open and we step out into the lobby.

I can feel myself tensing as I wait for his response, eyeing him from behind in an attempt to gauge who he is before he speaks. Is he an IDF vet himself? Highly unlikely in the College. An overeager American Jew, who went on Birthright and will now regale me with tales of his first shawarma and first encounter with an Israeli soldier in uniform? Maybe — but he could just as easily be a member of Jewish Voices for Peace (a pro-Palestine student group), or Students for Justice in Palestine, or just a military fanboy wanting to hear about guns.

As I dart my gaze up to the crown of his head, looking for a yarmulke, and down to his shirt, looking for a logo or other accessory that might give him away, he says, “Cool, I know a guy who did that too.” And he turns away, opens the door, steps out into the sunshine. I am left in the cool, fluorescent lobby, laughing at my own paranoia.

This happens to me a lot at Columbia. The Middle Eastern conflict — the Arab-Israeli conflict — the Palestinian crisis — the Gazan crisis — is one of the most charged political issues on campus, and each of its many names carries its own emotional baggage. As an IDF veteran, an Israeli-American dual citizen, a Hebrew speaker, and a Jew, the conflict has always been present in my consciousness. But sometimes I feel like it has swallowed up so much real estate in my identity that every other concern or interest has been forced to the periphery.

Why is it that a fellow undergrad about whom I know nothing knows first and foremost that I served in the IDF? Why is it that this thing that I did precedes me, for better AND for worse? And most frustrating of all, why is it that when I engage in any discussion of the conflict on campus, people decide where I stand before I’ve even spoken?

I am proud of my service. I am honored to have been able to help defend my country, and I wholeheartedly stand behind Israel’s right to exist. That does NOT mean I support everything the Israeli military does, nor does it imply that I do not believe that the Palestinian people deserve to have their human rights respected and their freedoms defended. I believe in seeing people as people, and not as labels. I believe in social engagement, in mutual respect, and in everybody’s equal stake in a safer and better future in the Middle East. Being an Israeli does not place me at odds, at least in my own heart, with all Palestinians; my having been a soldier does not mean I think violence is the answer to everything.

At a university and in a time so concerned with political correctness and open dialogue, I would like to point out that the more we concern ourselves with labels, the less we delve meaningfully into the real issues. When I talk about the conflict, I see it from my perspective as a white, straight, CIS-gendered, Jewish, Israeli-American IDF vet. But rather than concerning themselves solely with my background and with my bias, perhaps my peers could ask themselves instead what my position has to offer this discussion. Perhaps rather than jumping to conclusions about what I must think as a white Jewish Israeli woman about Palestinian women’s rights, my classmates could appreciate the fact that there is such a multitude of different voices speaking up about women’s rights in a troubled region. Perhaps instead of using political correctness as a weapon with which to shut out opposition, we could all respect the initial purpose of political correctness: protecting diversity of opinion and enabling productive discourse.

I shouldn’t have to steel myself when asked if I served in the IDF, or worry that my grade will suffer or that I will be humiliated in class because my professor ardently supports the BDS movement (which I have heard from more than one Israeli student and IDF vet). Jewish college students across the country should not feel that their religious identity or nationality will put them in danger of discrimination, harassment, or even assault, and make going to class every day a challenge.

Likewise a fellow student with Palestinian parentage or ties should never feel that her voice is an unwelcome addition to any discussion, or that she shouldn’t get involved in the campus debate for fear of backlash. We are all of us privileged to be here, where we can listen with rationality and empathy to the opinions of others; we are all of us a lot more nuanced than our political leanings or our nationalities. So if you see me around and know only that I served in the IDF: I also like foreign films and baking cakes and writing.

Why don’t you ask me about that?

About the Author
Brit Felsen-Parsons is an Israeli-American from New Jersey, recently released from voluntary service in the IDF. She is now studying political science and Middle Eastern affairs at Columbia University in New York. Brit is the cofounder of Columbia's chapter of Mishelanu, a national organization for Israeli-American college students.
Related Topics
Related Posts
Comments