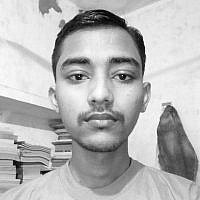 The Blogs
Hanuman Prasad Singh
Apply for a Blog
Please note that the posts on The Blogs are contributed by third parties. The opinions, facts and any media content in them are presented solely by the authors, and neither The Times of Israel nor its partners assume any responsibility for them. Please contact us in case of abuse. In case of abuse,
Report this post.

Israel-Arabs relations and cross border terrorist attacks perpetrated by Hezbollah, Hamas and other militant groups over Israel have been encompassing profound significance in world order. Attack over Liberian flagged oil tanker Mercer Street of the Zodiac maritime company owned by Israeli billionaire Eyal Ofer on July 29, 2021 in the Arabian sea off the coast of Oman, in which Iran has promptly denied all the allegations imposed on it by Israel, USA and G-7 nations, has caused hostility in the region. Moreover, rocket attacks of 20th July and 4th August over Israel, which is conceived to be perpetrated by Hezbollah, on the basis of two arguments- first, 20th July rocket attack was perpetrated on just next day to the Israel’s strike in the vicinity of the Northern Syria’s Aleppo, wherein many Iranian Shia militia and Hezbollah militants are believe to be died; second, Hezbollah wanted to test the Israel’s new government under the prime-ministership of Naftali Bennett; third, 4th August rocket attack was carried out at the first anniversary of the devastating explosion at the Beirut port, has culminated in the Israel’s air strike over Hezbollah installations in Southern Lebanon on 5th August. But Hezbollah in response to Israel’s air strike, has again launched rockets over “Shebaa farms”. Thus, this series of retaliation and counter-retaliation has again exacerbated the already prevailing hostility in the Middle East.

It is noteworthy that Israel has been involved in a number of full fledged wars with Arabs just from its inception as a new state through UN resolution 181 in November 1947. It includes Israel’s war of independence and the Palestinian nakbah (1948-49), Suez canal crisis of 1956, Six day war of 1967, Yom Kippur war of 1973, Lebanon war of 1982, and 2006 second Lebanon war, etc. But, on the other hand, Israel and Arab nations have also been striving to establish peace and stability in the region. In 1978, Camp David accord, in which Israel returned Sinai Peninsula to Egypt and Egypt recognized Israel’s “right to exist” and opened gulf of Aqaba for Israel too, was a remarkable step in this way. Similarly in 1990s, Qatar, Bahrain and Oman established connection with Israel after signing of Oslo accord between Israel and Palestine Liberation Organisation (PLO). In fact, Saudi Arabia has spearheaded the Arab Peace Initiative in 2002 to normalize relations of Arabs with Israel. Furthermore, “Abraham accord” singed by UAE and Bahrain with Israel on September 15, 2020 to establish diplomatic relations encompasses very unprecedented significance for peace establishment in the region.

In fact, nuclear deterrence emanating from global acceptance of the opaque de-facto nuclear weapon status of Israel has prevented hostile Arab nations from attacking over Israel in form of full fledged war. But it could not secure Israel from terrorist attacks including that of Hamas from Gaza strip, and Hezbollah’s militancy from Southern Lebanon. It is noteworthy that asymmetry between militants and Israel in information, attention and belief has been making Israel more vulnerable to the terrorist attacks. State as the information society is completely open to every person including terrorist; but contrary to this, people to people communication and planning of perpetration by militants can not be intercepted so easily. In field of attention, state’s attention is divided in numerous fields including security simultaneously but terrorist has no more targets except perpetration of massive attacks over humanity. Furthermore, in field of belief, many terrorists think that their life after death of suicidal or any other terrorists attacks would be full of glory. So any activity of state to prevent terrorism undoubtedly fails here. In fact, failure of the nuclear deterrence to prevent terrorists attacks exacerbate the security threats of all countries including Israel. That is the reason why militant groups, which have been relentlessly attacking over Israel, are being provided safe heaven and all possible assistance including arms and ammunitions by many anti-Israel Arab nations including Lebanon and Iran.

It is noteworthy that the Iran’s animosity for Israel can be manifested in Iran’s parliamentary discussion in January 2021, at the occasion of the anniversary of the assassination of the General Qasem Soleimani, on the plan to destroy Israel by 2040 as well as Iranian President Mahmoud Ahmadinejad’s assertion in 2012 that Israel is a “cancerous tumor” which must be destroyed soon. Anti-Israel demonstrations in Iran have been relentlessly erupting during Islamic holy month of Ramadan every year since the Iranian Islamic revolution of 1979. That is the reason why Iran has been striving to create a unified front of Arab nations against Israel. But different diplomatic efforts like Abraham accord has dismantled Iran’s plan and subsequently provoked it. Thus this situation forces Iran to resort to sponsoring terrorism too alongwith assisting anti-Israel Arab countries. Iran’s new hardliner government of President Ibrahim Raisi accompanied by Iran’s supreme leader Ayatollah Ali Khamenei’s anti-Israel policies can be much more inimical to the Israel.

About the Author
I am JRF (Junior research fellow) professional and Post graduate of Political science of University of Allahabad, India. I am doing my research in the field of "Nuclear proliferation of Iran and North Korea".
Related Topics
Related Posts
Comments