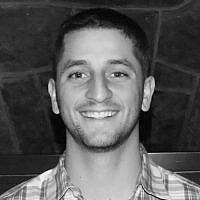 The Blogs
Josh Drill
Co-Founder of Kehilat Me'ver
Apply for a Blog
Please note that the posts on The Blogs are contributed by third parties. The opinions, facts and any media content in them are presented solely by the authors, and neither The Times of Israel nor its partners assume any responsibility for them. Please contact us in case of abuse. In case of abuse,
Report this post. 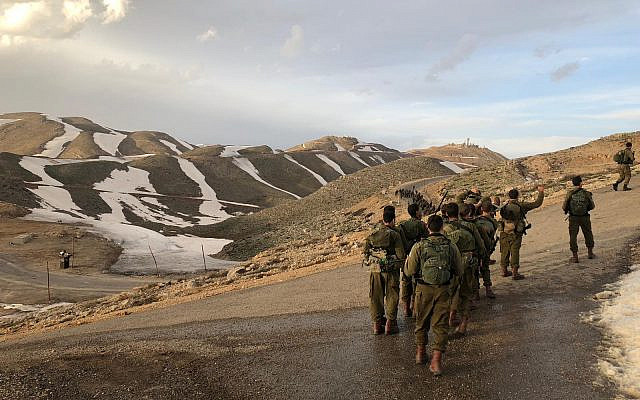 When an explorer, compass in hand, attempts to reach the North Pole, the route is very clear to him. He continues walking north and his compass shows him the way. He strives to reach the North Pole. He dreams about it. He knows that he won’t stop until he reaches his goal. What happens to the compass when the explorer finally reaches the North Pole? The compass loses its magnetic balance. The needle starts spinning uncontrollably. There is no clear direction. The explorer completed a very long journey and reached his goal. What should he do now?

The Jewish people have prayed for thousands of years to reach Eretz Yisrael. The Zionist movement relentlessly strived to complete the Zionist dream by creating a Jewish state. The Zionist vision was clear. We knew where we were headed, we had direction. We knew that we had to create a Jewish state because “The Land of Israel was the birthplace of the Jewish People.” We made aliyah to Israel, we established kibbutzim, we fought wars and we won.

The Jewish people arrived at their North Pole, and their compass became confused.

From the time of the establishment of Israel, our Zionist identity has been weakened. We feel that our work here is done. Many Israelis have chosen to leave Israel and live elsewhere. Many young Israelis are embarrassed even to talk about Zionism from a fear that they will be seen as cliché.

In addition, another problem has arisen. We have started to think that those who think differently from us are trying to ruin the country. We started calling each other “traitors.” We don’t need to look far to find examples of this. We can see this hatred (שנאת חינם) in the media, in politics, and on social media.

Many young Israelis recognize the severity of these issues. They understand that if they don’t take responsibility for the country and for our society, no one else will. In order to rejuvenate Zionism, we need to empower our generation to action. We need to act fast to bridge the different parts of our society so that we can unite together. This mission is not easy and there will be challenges along the way.

In Zionist history, the younger generation has always led the way for the rest of the Jewish people. Zionist youth in Europe paved the way by starting to speak modern Hebrew, and teaching the rest of their communities. In the Holocaust, the youth were the leaders of the Ghetto uprisings. Jewish youth made Aliyah and established Kibbutzim. The Haganah and Etzel were led mostly by youth. There is no reason that things should be any different now. The youth will continue leading.

Kehilat Me’ver understands that this effort needs to include all of Israel. One part of the nation cannot take sole responsibility for the direction of the country. We need to accomplish this goal together. We need to stop being frightened of those who hold different opinions from our own. If we are able to meet those that are different from ourselves, we will connect, and find that there is a lot more in common than we thought.

Let’s consider the reality that IDF soldiers from different backgrounds with different political views are able to connect and stay friends even after their army service. When I was a Deputy Company Commander in Golani, I observed my soldiers in many marches. Watching from the side, I would see a platoon, a group of 18 year old soldiers, Kibbutznikim, Moshavnikim, Druze, Religious, and Secular, carrying heavy stretchers. Everyone was sweating together and continued on marching. When one of the exhausted soldiers raised his hand, requesting that someone replace him under the stretcher, no one cared if he was religious or secular, who he voted for, and what he thought about the two state solution. I would see one of the sweat-drenched soldiers run over to his exhausted friend, hit him on the back, and place the stretcher upon his own shoulder. Watching friendship and cooperation unfold during difficult marches, I would understand that people with a shared goal succeed in putting aside their differences to work together.

In Kehilat Me’ver we have created this shared meaning and mission. We need to prepare our generation for the contiuation of the Zionist dream. In order to accomplish this mission we are able to put political arguments to the side and instead, talk about what is shared between us. Only together will we be able to change the reality.

What are we actually doing?

Due to the coronavirus we have opened a virtual community where we have lectures, discussions, and classes. At our opening event we explained what Kehilat Me’ver’s vision is and we spoke about our goals for the community. Rabbi Shai Piron, who was the Minister of Education gave a lecture where he spoke about unity in Israel. We are seeking to continue growing the community by reaching more people. When we get past the Coronavirus, we will be able to meet all over Israel and have learning sessions, lectures, volunteering, and more.

We understand that we have a big mission ahead of us, but together we will be able to make a change.

About the Author
Josh Drill made Aliyah and served as a lone soldier in a special forces unit. Upon completing his service as an officer, Josh directed his attention towards impacting Israeli society. Advocating for lone soldier rights, he fought and succeeded in reforming Ministry of Housing policies which affected thousands of lone soldiers. During the Coronavirus crisis he was the head of fundraising for the organization "Lev Echad" and is the co-founder of Kehilat Me'ver.
Related Topics
Related Posts
Comments