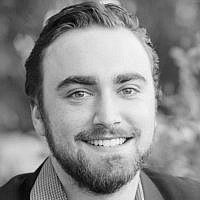 The Blogs
Jacob Lille
Apply for a Blog
Please note that the posts on The Blogs are contributed by third parties. The opinions, facts and any media content in them are presented solely by the authors, and neither The Times of Israel nor its partners assume any responsibility for them. Please contact us in case of abuse. In case of abuse,
Report this post.

Last week, Eagles WR DeSean Jackson posted a phony Hitler quote with Louis Farrakhan commentary to his Instagram story. The central theme? Jews control the world, and they are trying to hurt you (in this case African Americans) while they do it. Jackson later apologized, but it was apparent he didn’t understand the depths of his misstep. It only took a few hours post apology to see Jackson’s post be defended by another prominent athlete who ironically is fighting racism, Stephen Jackson (no relation). Stephen Jackson, a former NBA star who is now the face of the BLM movement in the sports world, vehemently defended Desean’s post whilst attacking the Eagles front office (the G.M. and owner are both Jews) accusing them of addressing anti-Semitism but not racism. Saints S Malcolm Jenkins expressed his thoughts on the matter saying, “Jewish people aren’t our problem, and we are not their problem.” Think what type of reaction you and I would garner if we said that to the African-American community after the murder of George Floyd.

Since then, both Jacksons rightfully got quite the backlash from mostly the Jewish community. DeSean vowed to visit the Holocaust museum with Jewish Patriots WR Julian Edelman, and Stephen had a twenty-minute discussion with a rabbi from LA. His discussion with the rabbi unveiled the underlying issue that plagued the Jacksons; they have no knowledge of our struggle, our history and frankly not even our ethnicity.

Jackson tried conveying his love for the Jewish people while dodging questions about his support for outspoken anti-Semite Louis Farrakhan, and asked the rabbi soon after how to pronounce anti-Semitism. Discrimination based on one’s ethnicity are what both Jacksons are trying to fight, yet they became their own enemy. The Jacksons have fallen victim to a deadlier epidemic than Covid-19, ignorance.

Jews across social media were calling for heads to roll. Why hasn’t the cancel culture hit these individuals like it has so many others? Why hasn’t the media exploded like they did when Drew Brees advocated to stand for the flag? The punishment doesn’t seem to fit the crime. The fact is this; many communities, including the Black community, do not have enough interactions with Jews to understand who we are and our struggle, let alone understanding anti-Semitism. It was only until last year the majority of Americans thought that Jews face “some” discrimination. When asked what day the Jewish Sabbath falls on, 29% of Americans know it is on a Saturday. To many, Jews are a bunch of white bankers, doctors, or lawyers with generational wealth who survived Hitler in a different lifetime, but face no discrimination today.

The consequences of ignorance are felt. According to a 2016 Anti-Defamation League survey, 31% of Hispanics, 23% of African-Americans and 10% of Caucasians harbored anti-Semitic views. Sounds surprising at first, but after looking at the questions in the survey, they echo almost verbatim what DeSean Jackson shared and what Stephen Jackson defended. This isn’t to say that one group harbors more anti-Semitic views than the other, but it does show an alarming trend that anti-Semitism in America isn’t just an occasional stray bullet. The numbers also support the notion of a dire need of education about the Jewish people. That first lesson can start out like this: 1/6 of Jews in the U.S. are people of color. Jews of color, including members of my own family, face unimaginable challenges, as they face discrimination even in Jewish communities. The Jacksons did this unknowingly, but assuming all Jews are white not only is just wrong, but it delegitimizes the struggles Jews of color face on a daily basis. However, no matter the color of the Jew, Jews have been a target of hate in America for a long time.

Jews were frequently denied lodging in hotels until the mid-20th century. FDR, a president revered by many Americans for his progressivism, sent thousands of Jews back to their deaths in Europe who were trying to escape the Holocaust. Fast-forward to 2018, 57.8% of hate crimes were motivated by religious bias were towards Jews. In 2019, Jews were the most targeted group of hate crimes in NYC, LA and Chicago. Anti-Semitism related crime has been going up almost annually, as well as getting more violent. Just in the last few years, synagogues have been shot up and more innocent Jews have died. Yet, despite these staggering numbers, many Americans are either in denial, unaware, or do not care about the prevalence of anti-Semitism. However, we can change that.

Louis Farrakhan is a gross anti-Semite, but he is revered by some in the African-American community. Farrakhan is viewed not as the anti-Semite he is, but as one who helped the African-American community in desperate times. To supplant Farrakhan and others like him, we need to inject ourselves in minority communities on a grassroots level and be, “a light unto the other nations.” This doesn’t just mean donating to minority causes, but also treating everyone with the love and respect you would treat your own people. One interaction can change one life, which can change one generation. Malcolm Jenkins was absolutely wrong, the Black communities’ problems are our problems, and the Jewish communities’ problems are their problems. Dividing “our” problems from “their” problems consequently divides us as a whole. No matter our background, it is our duty as human beings to act as if a wrongdoing to another people is a wrongdoing to our own. By recognizing that duty, we should strive to grow long-lasting relationships between Jewish and minority community leaders. Starting the conversation about anti-Semitism in minority communities will certainly raise the awareness Jews so desperately need, and the Jewish community will be exposed to a deeper understand of the racial issues other minorities deal with on a daily basis. Consequently, we will hopefully build a deeper understanding of our cultures while also learning to love and embrace our differences. We can tell our fellow Americans that we are not a mono-ethnic-power hungry nation, but in fact a diverse nation who is one of humanities’ greatest success stories.

Combating anti-Semitism is going to take more than decrying it on social media. Seek out your friends and colleagues who need to be educated, and teach them instead of scream. This way, people will know why anti-Semitism is as gross as the racism most individuals combat, and we will no longer be the only ones to come to our defense. The future Jacksons of the world won’t spew ignorant anti-Semitism, because they will know us.  My Jewish brothers and sisters, lets not let a few ignorant fools distract us from helping the African-American community and others in their times of need. Surely, the Jewish community needs support from other minority communities, and we cannot ask them for help if we don’t show up. This is how we silence the voices of anti-Semites like the Farrakhans of the world, and end the promulgation of anti-Semitism from people like the Jacksons in the future. The author Orson Scott Card once said, “When you really know somebody you can’t hate them. Or maybe it’s just that you can’t really know them until you stop hating them.” We need this time to be different, and the Jewish people need to be the catalyst of that difference.

About the Author
From Scottsdale, Arizona and graduated in 2019 from Barrett, The Honors College at Arizona State University (B.A. Political Science & Justice Studies). Incoming 1L at Emory Law School in Atlanta, Georgia. AIPAC Activist of the Year in 2019.
Related Topics
Related Posts
Comments