It’s a stellar speech, a powerful presentation by an actor at the peak of his performance. The words are strong and inspiring, the sentiment is stirring and enduring. It may be jingoistic, but it’s also jarringly relevant, and carries a message for our time and from our Parasha or Torah reading this week (Shoftim).

It’s the memorable St Crispin’s Day Speech of Henry V as presented by Shakespeare on the eve of the Battle of Agincourt against the French (which fell on St Crispin’s Day). The speech has been famously portrayed by Kenneth Branagh in the 1989 movie Henry V. Perhaps even more memorably it was delivered by Laurence Olivier to raise British spirits during the Second World War. It’s probably best known for the phrase “band of brothers”:

“He that outlives this day, and

Will stand a tip-toe when this day is named…

From this day to the ending of

The world… we in it shall be remembered

We few, we happy few, we band

For he today that sheds his

Shall be my brother…”

The speech is about the courage needed by the few to take on the many (the English were vastly outnumbered by the French); the recognition that people need to believe in what they are fighting for; the acknowledgement that this kind of battle is not for everyone (“he which has no stomach to this fight, Let him depart”); that fear is contagious (‘’We would not die in that man’s company that fears his fellowship to die with us”);that solidarity is enabling; that acts of heroism are enduring; that God’s will permeates all.

It’s a speech for our Corona times as we confront an insidious and invisible enemy. It has a surprising resonance in our Torah reading this week: “When you go out to war against your enemies… to a people more numerous than you, you shall approach and speak to the people. He shall say to them: Shema Yisrael, Listen, Israel! You are advancing today against your enemies… do not panic and do not be broken before them”. The appointed and anointed ‘war-cabinet’ priest who is a forerunner, if not a source, for military chaplaincy, then goes on to suggest those who will be exempted from fighting: Someone who has just built a new house; one who has planted, but not yet enjoyed, the fruits of their vineyard; one engaged, but not yet married and finally “the man who is fearful and fainthearted”(Deuteronomy 20,1-9). King Henry V offered a passport  without reproof to those who chose to leave the battlefield.

The key elements of the priest’s speech are also critical features for us all in our struggle against the virus. It’s about feeling the fear and doing it anyway. Acknowledging that we’re all living through the stress and anxiety of these times together. From our leaders to our littlies, we all feel the fear, the tension in the air, the pervading sense of vulnerability; the knowledge that this little invisible virus worm that ‘’flies in the night, in the howling storm” is undermining our joy and “his dark secret love does… life destroy” (William Blake). Courage is not about the lack of fear, but the triumph over it.

The long lockdown is fraying our nerves, sapping our empathy, diminishing our generosity. Unlike the first lockdown, the novelty of sour dough bread baking and newness of time spent reflecting or appreciating nature is gone. Now it’s the sterility of sameness, the restrictions of mobility, the realisation of our powerlessness – there are no free passports for anyone. There’s more short-temperedness, less compassion. Many are taking out their (understandable) frustration on others – from unwarranted affronts towards the check-out person at the supermarket, to unbridled attacks on our leaders.

Now, however is the real test of our resilience, now is the time to dig deep into our selves, to draw on the reservoirs of goodwill and goodness that are within us all. Now is the hour to discover that spark of Divinity that Hashem has gifted us; that core of pristine purity within every soul; what our tradition would call the “Pintele Yid”. The phrase means that no matter how distanced one may become there is always a Jewish point within, some small spark waiting to be ignited when the time is right. It’s just like a piece of flintstone, which apparently, can lie submerged in an ocean for aeons but when retrieved can instantly ignite a flame.

It’s at times of stress and challenge that we may least feel that we can reach out to others, but that we most need to do so. It’s time like this that we need to seek the help we may need and give the support others may deserve. We are a “band of brothers”, chaveirim kol Yisrael, but also connected by our common humanity. We are all, as in another memorable phrase from our Parasha, like trees of the field (Ibid:19). We all need to be grounded and ground and calm ourselves. We all share the same earth and our roots connect and interconnect, we share the same air and there’s a common language we use – just as trees have been found to mysteriously communicate with one another. One of our mystics suggests that just as when a person is hurt, cries of pain are heard throughout the world, so when a tree is chopped down, its cries are heard throughout the world.

The 19th Century Hassidic rabbi of Talna, Reb Dovidl understood the phrase (“a human is a tree of the field”) to be an image of Teshuva or repentance. If a tree doesn’t receive enough water, it will dry up, but once the drought ends, it regains its strength and can produce fruit. Similarly, if a person becomes withered and dried up, without any moisture of holiness, then the words of Torah and tefillah (prayer) and I would add the acts of tzedakah (kindness)will freshen their heart and moisten their soul.

Today (and tomorrow) is Rosh Chodesh Elul, beginning of the month of moisturing, a time to change, an opportunity to re-arrange. It’s also associated with a call to battle the darker angels of our being, our yetzer-hara. The words relating to warfare in our Parasha are also the opening words of next week’s Parasha (Ki-Teitze). We go out in Elul to fight our worst impulses and behaviours. We do it by listening intently (Shema Yisrael) to the better angels of our being, by being attuned to the voices and cries of others, by hearing the sound of the Shofar, the call to arms by our Maker.

Let us remember and be remembered for the courage and compassion we discovered and displayed in a Corona age. 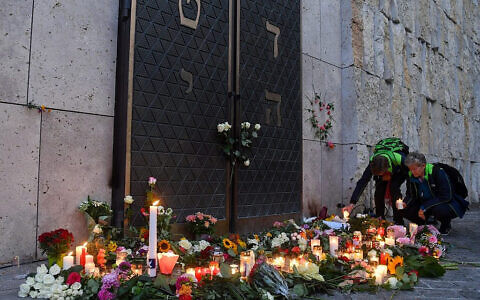 Halle terror attack: one year on 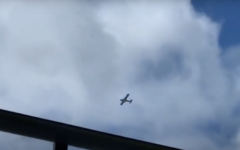 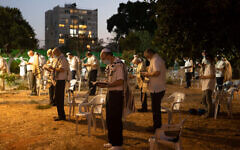 Prayers in a pandemic: Yom Kippur in pictures 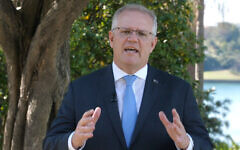 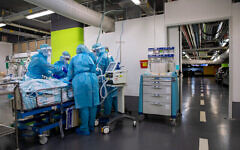 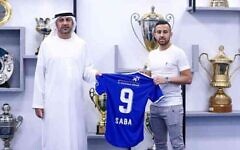