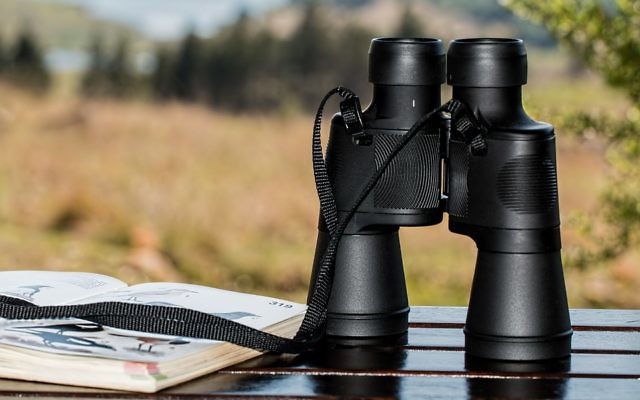 A game of Stratego. That’s the one present I remember getting for my twelfth birthday. I remember it because it was so inappropriate. Why on earth would I want a board game in which two armies try to capture each other’s flag? What kind of birthday present was that for a girl? What kind of birthday present was that for me? To add insult to injury, on the lid of the box, I was able to discern an imprint of the birthday wishes that had been scrawled in childish handwriting to my friend’s younger brother. The game had been re-gifted.

Stratego went on to become a favorite Shabbat afternoon activity for me and my own younger brother. Sometimes I even won.

The memory of the incident resurfaced last year on a family vacation in South Africa, disproportionately angry at my husband for having packed his binoculars at the bottom of the trunk of the car, where they couldn’t be retrieved, when I needed them for a whale watch. There we were, parents and two sons. All three of the men had brought their binoculars with them from Israel, and I was dependent on them. And all of the binoculars could not be reached.

“Why are you so angry?” my husband asked, breaking the stormy silence. “I don’t have my own binoculars and I hate not being able to see,” I spewed. And then came the kicker:  “It’s not my fault I never had a bar mitzvah!” I blurted, stunned to discover a resentment that I did not know was there.

Indeed, my three men  had all received their binoculars as a present when they reached the age of mitzvot. In the Orthodox world of my upbringing, however, a girl’s coming of age wasn’t celebrated as a religious right of passage, so I never had a bat mitzvah celebration. Instead, I had a slumber party for some of my girlfriends. The gifts I received were commensurate with the scale of the event.

On my birthday, two months later, my husband handed me a gift-wrapped box. “I’m righting a historic wrong. A belated mazal tov on your bat mitzvah” said the card. My eyes filled with tears as I took out a pair of top-of-the-line Bushnell binoculars. It was the perfect present. We both used them when we went bird watching in the Hula Valley, and will bring them on our next vacation, since I now have the best binoculars in the family.

The incident made me think about the gifts that I give to young women when they reach the age of mitzvot. When I first was invited to such celebrations, I gave gifts with religious significance, such as books on women and Judaism, recipe books for challah-baking, travel candlesticks, or tzedaka boxes. But when my own sons reached bar mitzvah age, I discovered that the gifts with religious content did not particularly appeal to them. Following their lead, I abandoned my ideological gift-giving and adopted new default gifts based on what I thought the recipients would appreciate: necklaces and earrings for girls and camping equipment or Leatherman multi-tools for boys.

But what message am I giving to young women when I give them jewelry, but give their brothers multi-tools for the same milestone? What stereotypes and social norms am I reinforcing? What am I teaching them about their roles in life when I give them such gender-specific gifts? Should I not be giving them presents that will expand their horizons rather than limiting them? Should I not be empowering the next generation of women rather than perpetuating old models?

“The gift, to be true, must be the flowing of the giver unto me,” said Ralph Waldo Emerson. Well, at this moment, what’s flowing from this giver is the sense that my default bat mitzvah gift should not be gender-biased. It should not be something that I would not give to a boy.

So watch out, young ladies. Unless I know specifically that you want jewelry as a bat mitzvah present, you may find yourselves with bat mitzvah binoculars. Or a certificate to a camping store. Or a set of Jewish books that you will come to appreciate over time. Because I would rather focus on your spirit than socialize you to adorn yourself, and would rather encourage your personal growth than reinforce gender stereotypes.

And as for me, I have another birthday coming up. I wonder what my husband is going to give me. I sure hope it’s not a Swiss Army knife.