It was a moving day. Almost too moving. And I don’t know how to quite process the emotions.

Having arrived with my family in Israel, we traveled to Sderot, the beleaguered city of twenty-five thousand in Southern Israel which Hamas uses for target practice. More than twelve thousand deadly rockets have been fired at its inhabitants. Every home has a bomb shelter. The bus stops are built like bunkers. Taxi drivers are accustomed to leaving their cars running in the streets whenever a siren goes off. It looks like a weird episode of The Twilight Zone.

The remnants of hundreds of Kasam rockets are displayed in the city’s police station. They are huge, deadly, and incredibly ugly, almost as if their murderous intent is captured in their external look. Most have been hit by Iron Dome. But they remain deadly nonetheless. Huge pieces of debris falling out of the sky that can kill at any moment.

We saw a fin from an iron dome missile. It weighed perhaps 20 pounds. Even pieces of iron dome – designed to protect – can kill.

The town elders met us in a bomb shelter which is now the city hall. It was surreal. Yet the spirit of the people is unbroken and unbent. Few have emigrated in the 13 years they have been under bombardment. They told me that Sderot represents the very front line of Western civilization against Barbarism. The only city in the world which abuts a terrorist state which constantly seeks its annihilation.

From there we drove to an army base right by the Gaza border. There we met a 35-year-old Golani commander who was one of the most impressive people I’ve met in years. On the first day of the ground invasion his battalion of 600 were involved in heavy fighting against the Hamas terrorists. “On a battlefield,” he explained, “there is something called a dead zone. It’s the territory that is controlled by your enemy and open to their fire. It’s difficult to move from one point to another in a dead zone. But in this war,” he continued, “we saw Hamas fighters moving through dead zones holding 5-year-old children in front of them as human shields. I am a father. I cannot even begin to understand the mentality of a fighter who would use a child to protect himself. Are these even men?”

He then recounted holding a machine gun. His soldiers had spotted a Hamas rocket about to be launched. He was about to order the soldiers to open fire when suddenly children started walking toward the soldiers right in front of the rocket. “My soldiers are eighteen and they’re making life and death decisions, trying to decide, ‘Should I allow children in Sderot to be bombed today by not firing on the rocket? But if I fire I may hurt a Palestinian child.’” He told his soldiers to stand down. The rocket was fired.

The commander has just returned from the hospital where he is suffering from internal head injuries sustained after a Hamas missile destroyed a home he was in, killing both his second and third in command. The battalion was so well trained that in the absence of their three highest ranking officers they took the battle back to the enemy and destroyed 80 percent of the terrorist cell.

Nobel Peace Laureate Elie Wiesel and I took out full-page ads in the world’s most prestigious newspapers condemning Hamas for child sacrifice. It was important that Prof. Wiesel hear this first-person account of Hamas coward-murderers using children quite literally as bullet proof vests, especially from one of the IDF’s most senior officers. So we called Prof. Wiesel from the base and reached him. I could see the officer’s pain as he described to the world’s most famous holocaust survivor, who witnessed the murder of countless children, what Hamas was doing to Palestinian kids. “This is asymmetrical war,” he told Prof. Wiesel. “Hamas has no rules of engagement. They fight with absolutely no rules.” Children, women, everyone are fair game. And it makes it very hard for my soldiers to defend themselves when terrorists are literally firing from behind children. But my soldiers know the IDF’s rules. They cannot fire if a child can be hit. So our casualty rate become painfully high.

We traveled from there to about 500 feet from the Gaza border. There were soldiers and tanks around us. We decided to make a minyan, a quorum of ten, for the afternoon prayer. Just as the soldiers were removing their heavy gear for the prayers, the call came through that a vehicle had seemingly pierced the Gaza fence and had made it into Israel. Within 60 seconds all the soldiers had dispersed into their vehicles looking for the vehicle.

We traveled South to Netivot where the Golani unit had a memorial service for their fallen comrades. Six hundred soldiers were crowded into the small hall. Pictures of the murdered soldiers, all in their twenties, were displayed, with biographical information for each. One was an Ethiopian Jewish soldier from a family of nine whom, they said, was religious and never missed his three prayers per day. The world knows little of African Jewish soldiers, brought from oppression to freedom in Israel, fighting and dying for the Jewish state.

Another of the fallen was a father of two. I could barely contain myself as the names were read.

The commander we had met earlier rose to speak. He said casualties were a part of war. These heroes had died so that the Jewish people could live. They will never be forgotten. But even as he steeled himself to offer an objective appraisal of the battle, you would see he was in immense pain and would carry the memory of his fallen comrades for the rest of his life.

And so, Israel carries on… 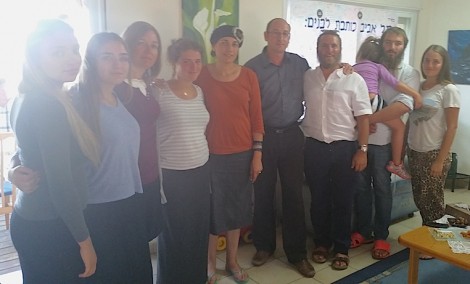 With Ofir and Bat-galim, parents of Gil-ad shaar
About the Author
Rabbi Shmuley Boteach is the founder of This World: The Values Network. He is the author of Judaism for Everyone and 30 other books, including his most recent, Kosher Lust. Follow him on Twitter@RabbiShmuley.
Comments 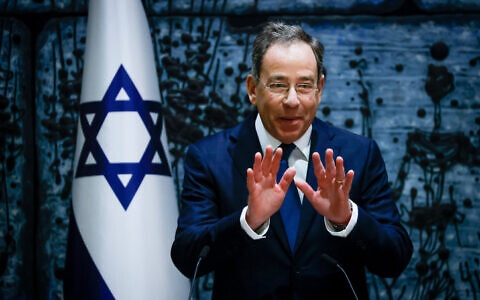 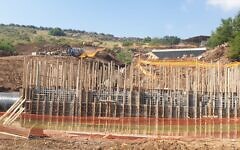 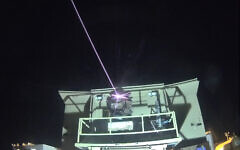 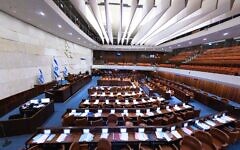