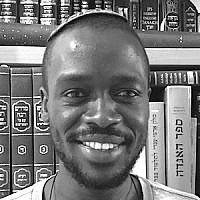 This is my first blog post. I am excited to share my story of being an asylum-seeker in Israel and look forward to develop more relationships with readers of the Times of Israel.

Starting about ten years ago (from 2007-2012), there were approximately 60,000 African Asylum seekers from Darfur and Eritrea who crossed the Egyptian-Israeli border.  They were fleeing from persecution and life-threatening situations in their countries. Many of those those seeking to escape made it to the border, only to be killed there.  The smugglers and the Egyptian military forces also raped women and girls.  No one knows the exact numbers, as there are no official reports.

There was no other country, besides Israel, that would accept these African refugees who were fleeing for their lives, struggling to survive.  Israel was the only country who took seriously the responsibility to save others.  From their own history and value system, I understood that Jewish people were very sensitive to others’ suffering.  Upon arrival, I felt much support and respect from the Israeli people, but I was treated with far less respect by government authorities.  Nonetheless they accepted me and my colleagues, sending us to a poor neighborhood in Tel Aviv, Shechunat Hatikva.   I often gathered in the central bus station, a crowded place where one would find migrants from many places around the globe – Africans, Filipinos and others – along with soldiers who would return from their bases every weekend.   Hatred of me and my colleagues began to erupt; tens of thousands of Israelis would gather in the neighborhood, yelling that the government must find a solution to the “plague” of us “pouring” into the country, screaming that their Jewish state is being “washed away”.

In 2009, the government began to make things even more difficult for me than they already were.  I  always had to renew my visa every month; thousands of us would make our way to Lod, only to be told to wait, and wait, often forced to sleep there overnight. The deliberateness of the slowdown was part of an attempt to make it difficult for us to be here, and in so doing encourage us in our frustration to leave the country.  Of course, the “choice” between bureaucratic nightmares here, and death there, gave me very little choice.

Two years later, in 2011, the government started to build a detention facility in the desert, forcing all the asylum seekers to go there. Thousands of migrant workers, as well as refugees fleeing from great oppression, were left with very little access to food or medical care.  The situation was miserable.

Moreover, in 2009, there were about 350 young minors who weren’t granted visas because they were under the age of 15. The Israeli government didn’t offer them any opportunities for learning.  However, a few school principals took upon themselves the responsibility to give these young refugees a good education. This action met with strong opposition from the government which demanded that no African minors be admitted to the schools.

Once we were accepted into these schools the government felt the need to increase their opposition, creating even more difficulties for us.  Six-month visas granted by the UN due to our refugee status were no longer accepted by the Israeli government.   Our identification documents were confiscated.  We remained with nothing but our school notebooks; when arrested our only option was to call the school principal who would vouch for our identity

Fast forward to last year, 2016, we were offered, via Sherut Leumi, the opportunity to do National Service in Jerusalem.  Like in the years prior, every month I needed to travel to B’nei B’rak to renew my visa, standing in lines in the heat for hours and hours.  Infrequently, but still far too often, the authorities would ask grossly inappropriate questions.   For instance, to young women I heard them ask if they were married and, if they were, “what color underwear did they wear on their wedding night?”  To the young men I heard them ask “what color underwear did you buy for your wife”?”  To both, they would ask “how many times did you have sex on your wedding night?”.  I heard comments like “this country does not belong to black people; it belongs to white people”.  I was told that “you had better choose a country to return to, lest we force you to go to a country of our choosing”.

The message was clear to me- I was not accepted for who I was.  For people who did not understand any Hebrew this process was even more threatening.  I love this country very much; these kinds of questions, and threats, should not be uttered or asked of any people, let alone those in such a vulnerable position.

Jewish history is in many ways not that different from black history, both peoples know very well the experience of persecution.  I think we both need to work together to live in peace, harmony and have equal rights for our generation.  I pray that that day comes soon. Many people have shown that they agree, and wish for the same.