The Blogs
Alan Jay Zwiren
Apply for a Blog
Advertisement
Please note that the posts on The Blogs are contributed by third parties. The opinions, facts and any media content in them are presented solely by the authors, and neither The Times of Israel nor its partners assume any responsibility for them. Please contact us in case of abuse. In case of abuse,
Report this post.

Dennis Ross and David Makofsky’s basic premise of the book are the Prime Ministers who came from the era from the founding of Israel were willing and did take many risks to advance Israel’s existence and peace with Egypt and the Palestinians. They make examples out of four Prime Ministers including David Ben-Gurion, Menachem Begin, Yitzhak Rabin, and Ariel Sharon. With each, they showed how their leadership overcame resistance from their own political base to advance Israel.

Having read a fair amount on all these leaders, I believe the assessment was a fair one. They go into the personal histories leading up to the momentous historical event to demonstrate the resistance and challenges they had to overcome. Their treatment of Ben-Gurion and Sharon was accurate based on my knowledge. I was disappointed with the brevity of who I believe was one of the most important Prime Ministers, Yitzhak Rabin, and event, Oslo. To me, that chapter was incomplete and left many details out. From what I have read, Rabin had his doubts about Oslo and the primary driver, Shimon Peres. Yes, he did eventually sign it and shake hands with Arafat; however, even after the fact, everything I have read said he remained skeptical as to whether Arafat would hold up his end of the bargain and Rabin would have not taken the subsequent steps. So I believe there were many holes in the coverage of that tale that did not fit the author’s narrative; however, as the biggest event in recent years, they had to include it.

Ariel Sharon was a much more compelling story to me. Here was the architect of the settlement movement who helped remove the settlers from the Sinai and from Gaza because he saw the need to make peace. The authors also make the assertion that Sharon recognized if Israel continues to go down the path it is currently on, it will no longer be a Jewish Nation, it will become bi-national.

Far be it from me to question the assertions, especially made by Dennis Ross since he was a person who had a front-row seat and participated in much of the most recent events. He and David Makovsky even impressed me when making an assertion that they understand the majority “Israeli” perspective. They are by far ignorant.

They use these historical venues to state that unless Israel takes action today it is headed down a path to become a bi-national state thus ending the Zionist dream. They take on the statisticians and census takers demonstrating that those who believe that the Palestinians could be absorbed are mistaken. They assert that Israel will either have to enable a two-state solution if they do not want to become a bi-national state. They outline things that could have been done in more recent times that have not been done, and they give several suggestions about how Israel while waiting for Palestinians to come to the table, can take several actions to move towards a solution. They even suggest how the US can become an important partner to assist in creating an environment for a solution. And there is recognition of mistakes and errors made by the author and the US in the past.

My issues are two-fold. Over many years, the US helped create some of the problems that exist today. In “The Missing Peace” by Dennis Ross he goes into how the US helped facilitate and encourage talks directly with the Yaser Arafat. Arafat had already been driven out of Jordan and Lebanon and was marginalized living and operating in Tunis. If it were not for the US pushing Israel, Israel may have been able to conduct elections in the West Bank and Gaza to elect leaders who would have been less focused on terrorism and more focused on a solution. But it was the US pressure that opened the door eventually to Israel dealing with Arafat.

US pressure has been something that Israel and it’s Prime Ministers have had to deal with throughout its existence. In 1956 after the Suez Crisis President Eisenhower forced Israel to return the Sinai. In Operation Desert Storm President Bush pressured Prime Minister Shamir not to retaliate for Iraq Scud missile attacks in fear it would threaten the composition of the coalition. And that is just the point which Dennis Ross knows all too well. He wrote a book on the fact that the Arab nations do not act on the Palestinian’s best interest, they act on their own best interest called, “Doomed to Succeed.” And the US, as a sovereign nation acts the same. They do not act in Israel’s best interest; they act in the US’s best interest.

Once again we have well-meaning Americans, and I will also say lovers of Israel, defining what Israel should do in their own best interest. And because of their involvement and actions in the past, I believe it is worth listening and even heeding what they have to say; however, I think more is needed in this discussion.

The authors themselves point it out as the very first point on page 300, “Israel would not need to take any other or new initiatives, so long as Palestinians remain unable or unwilling to offer or make any concessions on peace.” The authors even point out how this is unlikely to happen in the near future especially with an expected transition of power as Mahmoud Abbas loses his ability to rule either through illness or death. Any replacement will want to show strength against Israel and initially will not be willing to compromise. If that is the case, then how do the authors expect Israel to take the actions as defined on page 289. The list 5 specific points but again on 300 say do not start anything new until the Palestinians demonstrate they are ready to make real strides for peace.

Israel unilaterally left both Lebanon and Gaza. Much of this was again at the insistence and under pressure from the US. Both of these were real disasters for Israel. And yes, especially with the evacuation of Gaza, the authors point out the US’s failings in the aftermath; however, that does not help the people in Israel that have been subject to thousands of projectiles since the evacuation.

I believe in a two-state solution. I also believe that the Arab states surrounding Israel that helped cause the refugee crisis have a role to play in absorbing those still in their countries. For a long time, I believed that Israel should keep the pressure upon the Palestinians until they were ready to come to the bargaining table. For me, this meant the continuing construction of settlements in Judea and Samaria. However, discussing the situation with my son-in-law, he has convinced me that even if there is no solution in sight, we still have an obligation to keep working to find one; and I agree with him whole-heartedly. If I want Israel to be a place where my grandchildren and their great-grandchildren can grow up in safety and security as Jews, we need to continue to work at finding a solution. This book may be the start of an answer. Perhaps it is Yossi Klein Halevi’s “Letters to My Palestinian Neighbors.” Perhaps it is one that has not been written yet or one I have not yet read; however, We must continue to work towards an answer. To me, that starts with understanding as much as possible. So I am going to continue to search out as many different and diverse opinions as possible to search for an answer.

If the answers were simple, there would be no more conflict or crisis. So I will continue to read and absorb as much as I can from people who I can respect such as Dennis Ross and David Makovsky. I will carefully study what they have to offer, challenge where I have differences and do my little part as a voting citizen of Israel to work daily for a solution and peace. 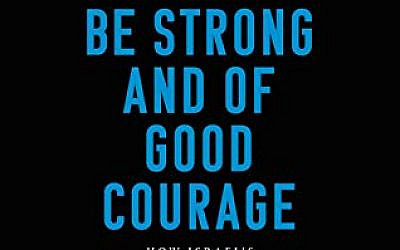 About the Author
Alan was born and lived in the US until he made Aliyah on July 4th, 2017 with his wife and dog to join his three adult children. He is an avid reader of Jewish, Israeli and Zionist history and contemporary issues. He is an active in hasbara on Facebook and in other forums. He currently resides in Jerusalem with his wife, Robin, dog and cat.
Comments