I guess they liked my review last time, because the Beit Hillel Theater Workshop invited me to a dress rehearsal of their latest show: Disney’s Beauty and the Beast.  A big Disney fan myself, it wasn’t hard to enjoy the great mix of music, dance, colorful costumes, and devoted actors that made up a performance of the Broadway version of the animated classic. But I wasn’t surprised; I would expect nothing less from the talented team that make up the cast, crew and ensemble. In it’s 29th year, the Beit Hillel Theater Workshop is a pretty solid establishment and it doesn’t disappoint.

I’m attracted to Israel’s English-speaking theater; I always performed in my school plays, and have toyed with trying out for many of the productions that I’ve gone to see, but it just hasn’t happened. In Jerusalem the circles are small; if you’ve been to two shows you are bound to see actors you recognize in one from the other. And yet it never seems cliquish. Always warm and open to new people. And so I go and enjoy watching the excitement and the chemistry that make the show come to life. 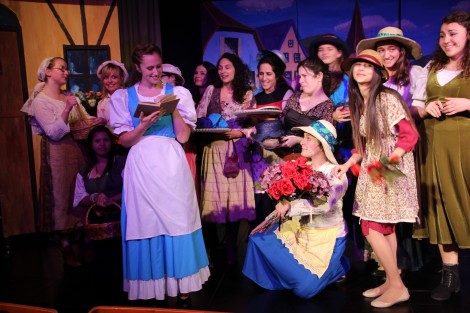 Before the first actor utters a word, you are struck by the beautiful music of the live, highly professional ensemble under the direction of the highly talented Paul Salter.

Then you look around at the detailed scenery and the lighting that brings it all to life.

Then it starts. Anyone who’s ever seen the 1991 Disney film will find the production very familiar, yet it is actually the 1994 Broadway adaptation that lent the script and extended selection of songs to this show. I don’t need to tell you the story of Beauty and the Beast… who hasn’t seen it in one form or another? Of course if you put Beit Hillel Theater Workshop Founder Michael Berl at the helm then you know it’s going to be a high-quality production. 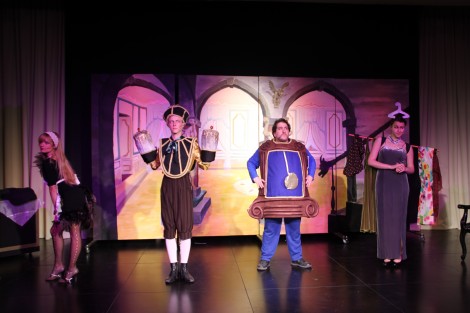 The talented cast of 30 consist of locals and overseas students and range in age from 16 to 65. Every one of them contributed to a rich performance with great energy.

Veteran actress and singer Shani Wahrman plays the lead of Belle. Her grace on stage, her delightful acting and her magnificent voice truly carry the character and she is a pleasure to watch and listen to. I might point out some of the songs that were exceptional but honestly every song she sang was exceptional. 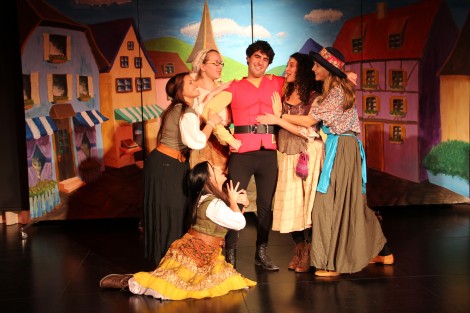 The actors that portray the ‘magical objects’ that inhabit the castle steal the show with their creative costumes, true-to-character performances, and entertaining banter. In particular, Cogsworth and Lumiere, but all of them were phenomenal. The clever way that Chip’s ‘costume’ was designed is a delight. ‘Human Again,’ which was a new song for me, was particularly fabulous.

Gaston, the shallow and pompous villain, is played by Alon Aviv, a talented musician, singer and actor. His richly impressive vocals bring the character to life. When he led the ensemble in ‘The Mob Song’ you almost get caught up in it to go ‘kill the beast.’ 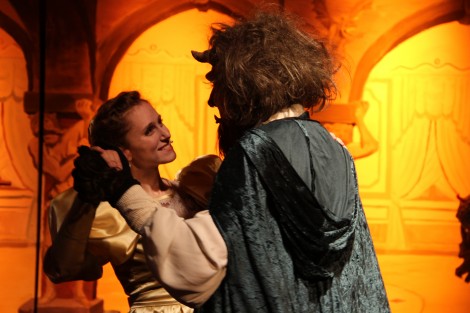 Truthfully, I could go on but I’d rather you see for yourself and make your own impressions. After all, I’m not really a theater critic; I just enjoy a good show and like telling you about it. With nine performances over Chanukah, you should go enjoy it too!