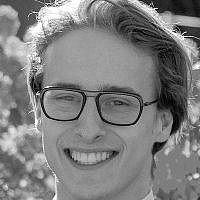 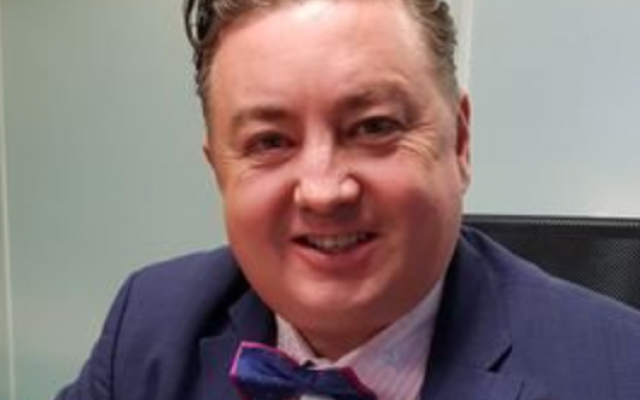 While I was attending university, I met Tony at a meeting of the Atlantic Jewish Council, in which he gave a presentation about white supremacy. Tony McAleer is a former white supremacist neo-Nazi who became deeply involved in the White Aryan Resistance as a recruiter and leader. However, he turned his life around and co-founded A Cure for Hate, a non-profit organization intent on deradicalization. Part one of my interview with Tony discussed how he grew up to become a white supremacist neo-Nazi. In the second part, Tony and I talked about the role of class and ideologies within the white supremacist movements. Now, in this third edition of my interview with Tony, we explore the ideas of rejection and redemption for far-right extremism, drawing on Tony’s personal experience of de-radicalization.

Continuing from our conversation about the role of class and ideology in far-right extremist movements, Tony explained that despite the propensity for poor, uneducated, and disaffected youths to be drawn towards hate groups (just as he was) these parameters are not set in stone. In fact, according to Tony many different types of people, from all walks of life, get involved in extremist organisations: “So, when you can be smart, have money, but you can still feel inadequate. You can still feel invisible, you can still feel these deep psychological urges.” However, Tony believes there is a common characteristic: toxic shame. Nevertheless, Tony made it clear that “it’s not an excuse, I bring it up because it helps provide understanding.”

As we discussed in the previous article, many intellectuals have been drawn toward extremist movements for a variety of reasons. One such reason is money. These types of people are commonly referred to as grifters, the connotation is that they are not ideologically invested, but financially; however, these actors are few and far between because due to the limited size of these fringe movements there are not many opportunities to make money from a small and usually poor group of people. There are only so many books you can sell or paid speaking gigs you can give in a year. Another reason Tony provided was notoriety. He explained that many academics who feel underappreciated can be drawn to fringe ideologies as a mental coping mechanism because in their mind they equate these unpopular ideas with hidden truths or secrets which only their great minds could properly understand: “And when you are in a situation where you can feel superior by having this hidden knowledge, where you can feel like you got something the rest of the world can’t understand, you got something that makes you special, there’s knowledge that makes you special, that membership in this group makes you special, it will only be attractive to people who at their core don’t feel special, that feel invisible and need to find something to fill that hole.” For these academics, their toxic shame is being intellectually or financially underappreciated, yet paradoxically these people often look down upon those who adhere to their writings as uneducated rubes, and as Tony recalled, the academics often had disdain for their low-brow audience and were apprehensive of associating with the more militant skin-head types who make up the base of most neo-Nazi movements. This is because the quality of the audience is emblematic of the quality of the speaker, which can be deflating for an academic who holds themself in high regard.

Throughout our interview Tony explained to me the concept of toxic shame, and how especially young, disaffected men can be coerced into hate groups due to their own feelings of inadequacy and lack of ‘manliness’, a feeling which many far-right militias expressly prey upon by large demonstrations of marching, or carrying guns, or street brawling –all examples of their toxic shame, this time being masculinity, or lack thereof. So, in response I questioned Tony about rejection, saying, “I think rejection is a huge issue. I think we’ve been taking how to deal with radicalism in the completely wrong way. If anything you’ve done in your past is exposed on Twitter you are ostracized from society. I think perhaps these types of things lead people into deeper and deeper rabbit holes of extremism, rather than bringing them into the fold, so to speak.” Tony concurred, with one of the seemingly simplest yet also profound statements of our entire conversation: “If shame and humiliation are at the core, how can those two things possibly be the solution.”

But, if kicking people off social media or getting them fired from their jobs for holding unsavoury views isn’t the answer, what is? Tony said, “Well, I think as a society we need to learn compassion with healthy boundaries and consequences. And compassion is often not taught or understood with healthy boundaries and consequences and can be seen as weak. We entrust, for example, in the legal system which is one of society’s ways to attempt to have healthy boundaries of behaviour within society. I’m not saying they have it perfect, and they certainly don’t. I think it’s important that you can draw a distinction and despise the ideas and the actions but not the human being.” This led to another simple yet profound observation from Tony: “I think it’s important that if we are going to call people out, we are willing to call people in.” Such a simple concept, yet hardly ever adhered to.

Tony continued, saying, “I think as a society we have lost 3 important things, and if everybody added these 3 things to their daily interactions to who they are it’d radically start to change society. And those 3 things are compassion, curiosity, and courage. We are no longer curious. We don’t listen to people; we wait for our turn to speak and our conversations with people are more about being right than trying to understand them. It takes courage to have compassion for those who have no compassion, and it takes courage to be curious. I think if everybody adds those things to their daily discourse –because it won’t be legislation that’s going to change things— it’s how we are with each other, it’s who we choose to be in every moment of every day. And if we choose to be judgemental in every moment of every day, guess what? We’re going to live in a world that’s more judgemental.”

About being judgemental and listening to people, I asked Tony whether he’d be welcome in the media circuit had he not reformed from his old neo-Nazi ways, or would he be a pariah? Tony responded, “well, they wouldn’t have me talking in the same dialogue, but I was on TV when I was a white supremacist, I was on the radio when I was a white supremacist. You know, the thing about the news is that they often can’t resist the sensational journalism. You know one school of thought is ignore them [the neo-Nazis] and another school of thought is to shine the light on them.” Indeed, sunlight is the best disinfectant.

Part four will deal with the role of politics in anti-Semitism, as well as discuss radicalization and hate within a Canadian context.