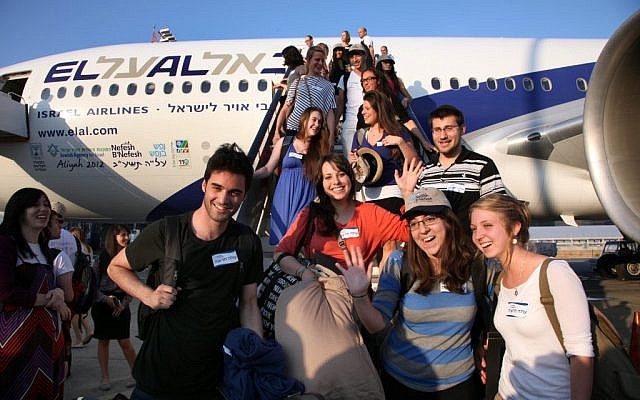 Before making aliyah, living in Israel seemed to me to be an almost exclusively spiritual act. During my pre-aliyah visits, I spent the majority of my time in Jerusalem and Tzfat, studying Torah and hanging out with friends who, like me, were also in Israel just hanging out. No one worked. No one was married yet. We were in Israel to soak up the holiness of the resurrected Jewish presence in the Holy Land. At any given moment, you could find us, in our big colorful kippot, with our tzitzit blowing in the wind, hiking to a natural spring, cooking vegetarian meals together, talking about G-d and playing music until two in the morning.

Upon making aliyah, I thought life here was going to be at least somewhat a reflection of those good ol’ days. You could imagine how shocked I was when I very quickly realized that life in Israel wasn’t just about getting ready for Shabbat! Amazingly enough, real life actually took place during the other six days of the week, meaning normal, worldly activities like working, food shopping, and paying bills were on the agenda.

Okay, so maybe I’m exaggerating a bit. But just a bit. One of my first surprises was when our landlord sent a technician to our house to explain how the heating system worked. “They have technicians in Israel??” was my first, albeit naïve, thought. To add to my disbelief, the guy showed up with a kippah on his head! I had never seen such a thing: a Jewish, religious technician! He was a super sweet guy and explained to us, in very beautiful and impressively fast Hebrew (with a Moroccan accent for dramatic effect), how the heating system worked. I just kept smiling at him, nodding my head as if to say, “Yup, I do indeed have no idea what you are saying.” To myself I thought, “Rebbe Nachman never mentioned moments like this when he praised and extolled the virtues of living in the land of Israel.”

It didn’t take long until I realized that I was actually going to have to live a somewhat normal life in Israel. I also realized, however, that what was normal in Israel was quite different from what I had come to know as normal in America. Though I was moving to the Jewish state, a state built for Jews just like me, it still, in many ways, felt like a foreign country. In addition to this new language known as Modern Hebrew that I would have to learn, (see next blog), there were many other new things that I would need to get used to. Like driving on Israeli highways, standing in Israeli lines, speaking with Israeli salespeople and, most of all, raising kids who would, to my utter shock and surprise, actually be Israeli.

Let me make it very clear: I love Israelis. They inspire me and impress me and challenge me in all kinds of positive ways. And I love the fact that, since making aliyah in 2004, I have changed quite a bit living here. Things I never thought I would do, I now do. Things I never thought I could do, I learned I could do. Basically, I started becoming Israeli. In ways that even surprise me sometimes. But I have to say, I kinda like it. It strangely feels more . . . me.

So, in celebration of the often unexpected, personal transformations that olim go through after making aliyah, here’s a list of telltale signs that you are, in fact, becoming more Israeli:

You overtake not one, not two, but even three cars on the highway at once.

Hitchhiking becomes another mode of transportation. Even when you’re waiting for a bus, you stick out your finger just to see if someone stops.

You can’t think of a certain word in English even though it’s your native tongue.

You don’t want to hike in anything but sandals.

You start calling all kinds of strangers, “Achi!” (“My brother!”)

You take a number at the bank/post office/misrad/whatever, but push in front anyway, because “I just want to ask a quick question.”

You stop getting angry at every single car that cuts you off on the road. (There’s too many for that.)

You can successfully be funny in Hebrew.

You legitimately forget to use the word “please” when speaking in English.

You ask random strangers how much they pay in rent. And how much money they earn from their job.

You bring inflatable mattresses, a generator, pots and pans, and lots more on a one-night
camping trip.

You make that weird clicking noise with your tongue when you want to say, “No.”

You show up to weddings in normal everyday clothes . . . and, of course, sandals.

When asked at the store if you want to pay in payments, you enthusiastically say, “Yes!”

You text with your kids in Hebrew.

You visit your country of origin and you feel like a foreigner.

You pick your nose in public.

You find yourself genuinely not noticing when you cut people in line.

You say “yofi”, “yalla”, or “sababa” in almost every sentence.

You’re shocked when you visit Port Authority in NYC and see 50 people standing patiently and happily in an organized line.

You can no longer tolerate smiley, friendly salespeople in stores during those same visits.

You love saying “B’tayavon” or “La’briyut” as you walk by a stranger eating food.

You don’t leave phone messages anymore. If someone leaves you one, you don’t listen to it.

You call back a missed call, even from a number you don’t recognize.

You make all kinds of grammatical mistakes in English that you never used to make, saying things like, “You can eat OR pasta OR a sandwich.”

You’re considering buying a traveling coffee-making set. (If you actually purchased one, then you are super-Israeli.)

You bring less and less stuff back from America.

You bring Israeli products with you when you visit the States so your kids will have something to eat.

You finally understand how two mature and responsible grown-ups can have a negative account balance (“go into minus”) by the end of the month.

You stop trying to avoid saying words in public that begin with the letter “reish”.

You see an open spot on a sidewalk and it seems like a great (and totally legal) place to park your car. So you do.

You no longer tense up when someone starts to tell a joke in Hebrew, worried that you won’t get the joke and will be the only one not laughing.

You finally start learning the words to the songs your kids sing in gan (kindergarten).

You accept the fact that your salary here is half of what you made in America and that many things cost twice as much. (Kind of.)

You finally understand how the Israeli government works. (Kind of.)

You finally allow yourself to sign all kinds of things, from store receipts to important documents, with just a kishkush (squiggle) instead of your full legible signature.

You start saying (a lot), “Y’hiye beseder” (“Everything will be okay”) and fully believe it.

You write a book about what it’s like to make aliyah and live in Israel as an oleh!

This post is an excerpt from Akiva Gersh’s newly published book, Becoming Israeli: The Hysterical, Inspiring and Challenging Sides of Making Aliyah, a collection of more than 50 blogs and essays written by 40 immigrants to Israel that together tell the multifaceted story of aliyah.