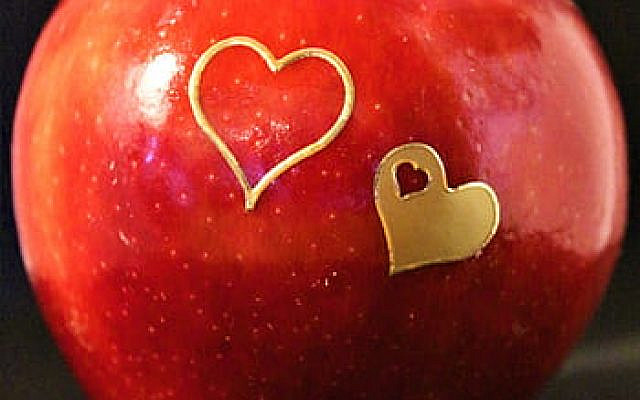 The Torah relates that not long after the Jews left Mount Sinai, the erev rav — who were the “mixed-multitudes” of Egyptians that joined the Jews in the Exodus — “desired a desire” (Numbers 11:4). This led to a confrontation between Moshe and the people about the disadvantages of the Manna. Tradition explains that at the core of this clash was the refusal to accept the Torah’s laws about whom one can marry. The Rabbis find an allusion to this in the verse which says, “And Moshe heard the nation crying according to its families” (Num. 11:10), which is exegetically rendered: “And Moshe heard the nation crying about ‘family matters’.” However, the literal text of the Torah suggests that the dispute centered around the Manna. So why does tradition continue to assert that the core issue was “family matters”? It seems that the basis for this explanation is found in the Torah’s word choice in describing the desire which the erev rav expressed: hitavu taavah (“they desired a desire”). As we shall see below, the Hebrew word taavah (pronounced tayvuh in the prevalent Yiddish pronunciation) almost exclusively conjures intimacy-related desire, and other forms of desire are denoted with other terms, such as chemdah or chafetz.

The Vilna Gaon (1720-1797) explains that the difference between tavaah and chemdah is in whether the fulfillment of said desire causes a direct physical pleasure or not. Taavah denotes a type of desire whose fulfillment leads directly to bodily pleasure. In contrast, chemdah refers to the desire for something which one may desire, but does not directly lead to physical pleasure. Thus, the desire for elegant clothes, a nice house, or a lot of money are all called chemdah. Indeed, the Vilna Gaon points to a Talmudic passage (Chagigah 11b) which applies the terms chemdah and taavah to theft and illicit relations. The Vilna Gaon explains that the Talmud applies these terms respectively, as chemdah is more associated with theft, and taavah with illicit relations.

In another context, the Vilna Gaon offers a similar explanation by contrasting three terms for desire: taavah, chemdah, and chafetz. There he explains that the former refers to sensual desire, the middle to monetary desires, and the latter to culinary desires.

In a slight departure from the Vilna Gaon’s approach, Rabbi Shlomo Pappenheim of Breslau (1740-1814) and Rabbi Yaakov Tzvi Mecklenburg (1785-1865) offer another way of explaining the difference between chemdah and taavah. They explain that the type of desire denoted by the word chemdah is the direct result of the inherent properties of the object of desire. In other words, when something/someone possess traits universally recognized as desirable, then the desire for such an object is described as chemdah. On the other hand, when one’s desire is not intrinsically derived from the object itself, but results from an alignment of other factors, including the subject’s own proclivities, time, place, etc., then such a desire is called taavah. In truth, this explanation can be understood as somewhat of an expansion on the Vilna Gaon’s, because carnal desires do not usually stem from recognition of the objective value of the body of one’s desire, but from one’s own personal appetite — aptly branding such desire as taavah. Conversely, the desire to steal or to otherwise accrue material commodities is not generally derived from one’s appetite for physical pleasure, but from one’s recognition of the advantages and benefits of possessing such belongings. So the term chemdah applies to those types of desires. The term chafetz, which the Vilna Gaon applies to food-related desires, seems to be the happy medium between these two types of desire. The delectable taste of delicious food is indeed an inherent value in such food, but the desire to masticate on such foodstuffs is also tied to the eater’s own appetite for feasting.

Rabbi Meir Leibush Weiser (1809-1879), better known as the Malbim, explains that both chemdah and taavah refer to self-damaging desires, but that there is a difference between the two: The form of desire denoted by the word chemdah is the result of visual stimuli which create the desire. The word taavah,on the other hand, denotes a desire created by one’s own power of imagination, whether or not he actually saw the object of his desires. Taavah is not a person’s reaction to outside stimuli, but comes from within. This too is in consonance with the Vilna Gaon’s approach, which views chemdah as the desirer’s recognition of the desired’s goodness, while taavah in certain ways ignores the desired and simply focuses the desirer’s predetermined cravings for a specific object. In discussing the word chafetz, the Malbim compares it to the word ratzon (will), and highlights their difference by explaining that chafetz is an emotional desire while ratzon is an intellectual desire or yearning (and, as such, usually connotes a positive type of desire).