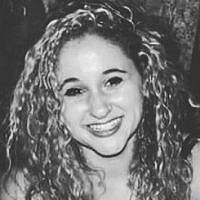 The Blogs
Lena Elkins
Apply for a Blog
Advertisement
Please note that the posts on The Blogs are contributed by third parties. The opinions, facts and any media content in them are presented solely by the authors, and neither The Times of Israel nor its partners assume any responsibility for them. Please contact us in case of abuse. In case of abuse,
Report this post.

It’s often unbelievable to think how quickly life circumstances can change. Right now, I’m sitting in a sun-filled Tel Aviv coffee shop in summer attire in the middle of Fall. Two years ago at this time, I was in rainy Eugene, Oregon, where I was just starting my senior year of college at the U of O.

My time at the University of Oregon was difficult for me. Although I had good friends and was involved in campus life, I felt constantly at battle with a campus community who predominantly rejected any sort of positive Israeli sentiment. To the same frustration, many of my fellow students simply had no understanding of how I, a U of O student, could ever live in such a volatile, politically unsound and dangerous place in the Middle East (I studied abroad in Jerusalem for a year during the Pillars of Defense war).

In their minds, Israelis were in constant fear and faced serious danger in their everyday lives. They were shocked to hear that at my university in Jerusalem, we went through security every day and had our  bags checked before entering campus. To them, this was a distant and upsetting reality that they fortunately didn’t have to experience in Oregon. Remembering these Oregonians’ reactions to campus life in Israel only made it more devastating when reading about the shooting in at the Roseburg college earlier this morning.

As many University of Oregon students have, I have suffered from depression and decided to seek out help from university resources, mostly due to a lack of sunshine and overall weather acclimation. I was overwhelmingly impressed by the university health center who stood by me in my time of need and guided me on a path toward a healthier and more stable student life. I can only hope that all who were affected by this tragic shooting and need help know that they can do the same.

No matter where you live and where you choose to receive your education – in Jerusalem, Eugene, Roseburg or California – mental health is an urgent reality that needs to be taken seriously and prioritized by the university staff and community. The stigma that mental sickness can be solved by simple solutions like “attitude changes” or comments like “snap out of it” have to be dropped in order for any sort of progress to be made. This means more campus communication, compassion, openness, and awareness in every aspect of campus life, whether it’s in the classroom, dorms, student centers or outside clubs and activities.

The shooter, Chris Harper Mercer, potentially could have been stopped if those around him had brought his behavioral abnormalities to attention. His fellow students reported that he was often alone, skiddish, and on edge, all observations that could have been considered as signs of potential instability.

Of course it is in no way the fault of Umpqua Community College for this tragic shooting. It is with my whole heart that I sympathize with and support those were who affected by this horrific event. I do feel that this contributes to a greater concern that has recently been at the forefront of the American university dialogue – that campus communities need to work harder to reach out to those potentially at risk, provide more easily accessible mental healthcare and resources, and look out for one another by not only recognizing signs of abnormal behavior, but acting on it by either approaching those individuals themselves or reporting it to someone who is better equipped to manage these situations. These actions and services should be on alert at all times, not only during the aftermath.

I send my love and prayers to my fellow Oregonians and all who felt the heaviness of what took place today in Roseburg. Those of us living in Israel wish you immense comfort, warmth, recovery, and peace.

About the Author
Lena Elkins is a Millennial Business Coach and the host of the popular Facebook group, Millennial Go-Getters. Lena teachers her community of over 15,000 Gen-Y entrepreneurs how to strategize, launch, and scale 6-figure online businesses. Originally from the San Francisco By Area, Lena now lives in Tel Aviv.
Comments