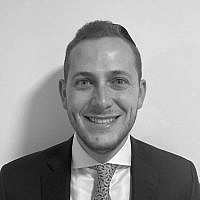 After being sold into slavery by his own brothers, Yoseph finds himself working for Potiphar, a high-ranking Egyptian. While at first Yoseph is very successful, Potiphar’s wife ultimately slanders Yoseph, claiming he attempted to assault her. While the allegations are unfounded, Yoseph is subsequently thrown into an Egyptian prison. He is alone and in a strange land.

But Yoseph is not alone for long. Two officials who have fallen out of Pharoah’s favor – the  Chief of the Cupbearers and the Chief of the Bakers, are thrown into prison and placed together with Yoseph. Soon thereafter, both men have a strange dream. Sensing their distress, Yoseph offer to interpret these dreams.

Before the Chief of the Cupbearers is taken out of prison, Yoseph makes a request: “If only you remember me… and do me a kindness and mention me to Pharoah to be taken out of this house” (40:14). Yoseph hopes the mention of his plight may result in a pardon for a crime he did not commit. Unfortunately, as the Torah explains, the Chief of the Cupbearers does not do as he is asked, and Yoseph remains in prison for another two years.

Rashi, quoting the Medrash Rabbah, explains that Yoseph erred in his request. Yoseph placed his trust in the Chief of the Cupbearers and not in G-d to redeem him from prison. As a result, Yoseph was punished by G-d, and was forced to sit in jail for another two years.

The commentators are puzzled by this Medrash, for it seemingly contradicts a fundamental tenant of Jewish faith. While we undoubtedly believe that G-d controls the world, Man is required to perform his “hishtadlus” (human effort) in whatever task is currently at hand (see Bereishis 3:19 and the commentators there). Yes, we must trust in G-d, but we cannot kick back our feet and assume G-d will provide. We must put in the work, and only then can we rely on G-d to decide what will be the outcome. If so, why was Yoseph punished so strongly? Shouldn’t his actions be seen as regular human effort that G-d demands of us?

Rabbi Moshe Feinstein (the foremost Halachic authority of the previous generation and late Rosh Yeshiva of Mesivta Tiferes Jerusalem) explains that Yosep’s mistake was greater than simply asking a favor from Man and not G-d. Yoseph, on his level, erred in his understanding of his predicament. If we look at the bigger picture, we can notice the strange occurrences that took place after Yoseph is sent to prison; two high level officers are thrown into jail and “just happen” to be placed in the same prison as Yoseph, they “just happen” to both have dreams, and Yoseph “just happens” to have a perfect understanding of what these dreams mean.

G-d orchestrated the sequence of these events, thereby setting the stage for Yoseph’s release from jail. Yoseph fails to appreciate this, and instead, places his trust in the Chief of the Cupbearers. It was not the concept of human effort that G-d was unhappy with, explains Rav Moshe Feinstein, as that is a typical prerequisite for G-d’s assistance. Rather, in this case, Yoseph was punished for failing to see the clear “hand” of G-d, who put the necessary pieces in place to allow for him to go free. Faced with such a display of G-dly intervention, Yoseph should have fully trusted in G-d to free him in prison and not have relied on human efforts.

We do not have, nor are we expected to have, the clarity Yoseph was required to possess. However, on our own level, we are indeed expected to recognize the role that G-d plays in our lives. Of course, it is essential we put in our own efforts, and work toward accomplishing our objectives. Nevertheless, we are tasked with seeking G-d, and learning to appreciate the “hashgacha pratis” (divine intervention) that occurs daily. We must learn to see what G-d is communicating to us, and to recognize and appreciate G-d’s interventions in our own lives.