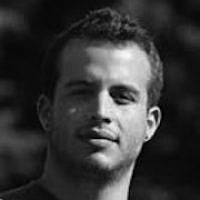 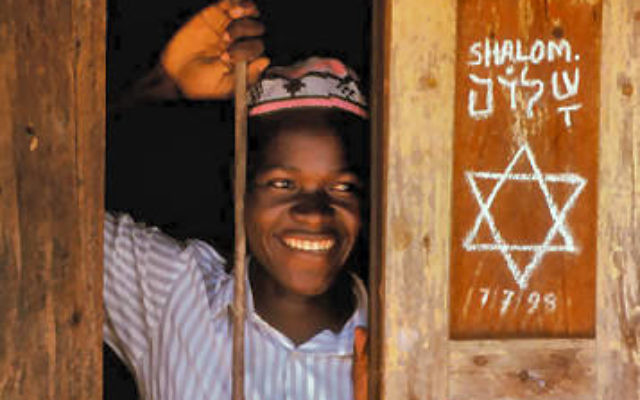 On his recent diplomatic trip to Poland, Israeli Prime Minister Bibi Netanyahu unveiled a new exhibit in which he refashioned the dilapidated memorials of the former Nazi death camp in Auschwitz. To no one’s surprise, he used the opportunity to posture with respect to Iran. “This is a regime that is building nuclear weapons with the expressed purpose to annihilate Israel’s six million Jews,” he proclaimed. “We will not allow this to happen. We will never allow another Holocaust.”

Whatever you may think about him, Bibi is a master of symbolism. By bringing together what have commonly been regarded as the twin pillars of Jewish identity, the Jewish state and the Jewish catastrophe, he is expertly manipulating World Jewry’s relationship with Iran to put further pressure on the United States. Yet his fear mongering begs the question – is it healthy for Diasporic Jewish existence to be primarily predicated on sending youth across the ocean to Tel Aviv and Treblinka?

With more than 300,000 youth having gone on the Taglit-Birthright trip to Israel since 1999 and over 150,000 more marching from Auschwitz to Birkenau on the March of the Living since 1988, it is undeniable that Israel and the Holocaust have become two primary foci of American Jewish identity. Rather than creating meaning on our half of the world, we send our youth abroad to learn what it means to be Jewish.

The Jewish establishment, in fact, expends more time and money on initiatives related to these twin pillars than all others combined. The Jewish Federations of North America – the financial backbone of the community – allocated over $220 million to Israel-related ventures in the 2012 financial year. This does not include the millions in grants funding other American Jewish organizations, many of which also engage heavily in Israel programs.

Similarly, The United States Holocaust Memorial Museum in Washington D.C. received about half its total revenue in 2011 from contributions and membership revenue to the tune of $51 million dollars – much of which comes from Jewish sources. “In city after city, American Jews have built Holocaust memorials,” Journalist Peter Beinart writes in his latest book. “The Jewish schools in those cities are often decrepit, mediocre, and unaffordable, but there is no shortage of places to learn how Jews died.“

The intertwinement of Israel and the Holocaust is what makes their combined effect on identity alluring. Diaspora Jews feel more Jewish when they fight for the security and survival of the Jewish people. Therefore, American Jewry attunes to Bibi’s Israeli victimhood logic of a coming Iranian Holocaust in order to allow ourselves to feel as though we are (indirectly) protecting World Jewry by defending the Jewish state. The community’s logic, then, is that by fighting for the continuity of the global Jewish people, Diaspora Jews will be compelled to continue their own civilization in the face of assimilation.

Unfortunately, this logic is flimsy and the identity it inspires is precarious. There Jewish establishment’s logic is problematic for a variety of reasons, but one immediately comes to mind. For the first time in millennia, the past half-century has seen identifying as Jewish become voluntary rather than imposed. With an unprecedented Jewish integration into the mainstream (young Jews under 35 statistically have mostly non-Jewish friends and equal Jewish/non-Jewish romantic partners) and anti-Semitism in the United States reaching a historic low, this generation of Jews is facing the unique dilemma of needing compelling reasons to engage in their own identities.

When Jewish belonging ceases to feel natural and integrated in daily life, connection to Israel and the Holocaust – the former distant in space, the latter in time – only serve to exacerbate the sense that Jewishness is fleeting and intermittent.  Distance does not, in fact, make the heart grow fonder.

This is why our community provides such inordinate funding for Jewish youth to truncate that distance with subsidized travel to Israel, to Holocaust memorials, and to former Nazi concentration camps. Unfortunately, although studies have shown that Birthright trips, for example, have significantly impacted the Jewish lives of their participants upon return, the National Jewish Population Survey – the most extensive study of American Jewry ever attempted – suggests these results may likely be too little too late.

The National Jewish Population Survey stumbled upon some frightening statistics at the beginning of the millennium. Of unmarried Jews aged 25-39 in the United States, only 22% belong to congregations, 5% pay dues to Jewish Community Centers (JCC’s), and just 7% are members of other Jewish organizations. On the other hand, parents of school-aged children (6-17) who were both born Jewish form the “gold standard” of affiliation with as much as 82% belonging to congregations, 32% paying dues to JCC’s, and 42% membership in other Jewish organizations. Considering these numbers, it is difficult to dispute the conclusion of prominent social scientists that there has been a mass exodus away from the conventional Jewish institutions.

The findings of the National Jewish Population Survey do not necessarily mean that the next generation of Jews is becoming less Jewish. To the contrary, there is considerable evidence to suggest that young Jews are finding new, alternative Jewish avenues in lieu of normative institutional affiliation. What it does mean, however, is that the age-old Jewish establishment formula prescribing trips to concentration camps and kibbutzim has not solved the Diaspora’s identity crisis.

Even if deep connections to the Jewish state and the Jewish catastrophe do in fact further Jewish continuity in the Diaspora, are we really admitting that there is so little substance to contemporary Diasporic identity that we must look predominantly elsewhere to find meaning? Is it healthy for our community to be mired by past trauma and defined by its worship of a distant home?

This line of inquiry leaves us with the paramount question of this generation – if defense of Israel and commemoration of the Shoah have proven not to be sufficiently substantive, sustainable formations of Jewish existence in the Diaspora, what will? What shall we make the essence of our identity? Is it already being formulated today? The answer has as of yet proven illusive, but at I urge the Diaspora to realize that our sense of self must be cardinally engrained locally rather than remotely – neither in our history nor our homeland but in our daily lives.