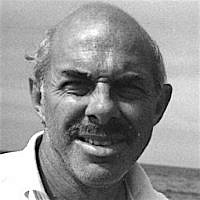 If you ever wanted proof of anti-Semitism in a world apparently going mad, the action of 12,000 strong US National Women’s  Studies Association voting to join the BDS movement offers an example so amazing it’s hard to fathom.

They don’t like the way Israel, one of the world’s first gender equal nations, treats Palestinian women, as if Israel has a separate policy for repressing Arab women and the Arabs don’t. If it wasn’t so serious you might think it was part of a Monty Python skit. A country that’s a model for female empowerment could be boycotted by female teachers, who are acting in a prejudicial anti-Semitic manner without even realizing it.

Anti-Semitism isn’t as simple as Jew hatred anymore, morphing into a dislike of Israel based on its alleged mistreatment of Palestinian Arabs, something that forms a rationale for western veiled racism.

The Arab-Israel conflict has been going on so long that the liberal establishment which once strongly supported Israel now objects to Israel. There’s no one reason for this. But conflict fatigue and continued disorder are main ones.

New generations in the West have different priorities, are not imbued with Shoah memories, and look for new people to champion and others to blame in the ever more confusing Middle East morass.

The current boycott campaign against Israel concerns two key regions, Europe and North America, both 1,000’s of miles apart in distance and their motivation. But their actions result in anti-Semitism. In the Middle East, the most brutal region on earth filled with endless crimes against humanity, this liberal social democracy, a Jewish state, is consistently singled out for criticism. Why?

First and foremost, Israel is the only country in the region that can be held accountable for anything. As a western style democracy with a thriving economy and rated one of the happiest places on earth, it’s a natural target for far left liberals who hate winners and love under-dogs.

On the other hand, the EU or liberal establishment can’t hold the divided and chaotic Palestinians accountable for their actions or inactions, nor would they want to. It’s not leftist dogma to persecute “the weak and powerless”.

If truth be known, not many Western nations thought Israel would survive repeated Arab onslaughts. They feel without Israel the order that nations such as Germany and France demand would be restored. Many Europeans blame Israel’s survival for the Middle East mess. It’s absurd but plays into the anti-Semitic mantra.

In Europe, aside from a long history of anti-Semitism, the numbers game is also played. There are a lot more Muslims than Jews, and the Arabs control oil. This is now problematic as Muslim refugees are pouring into the EU which might make things even more difficult for Jews and Israel.

But, in the long run, the right-wing blow back against refugees will grow, become more severe and possibly violent. Europeans know what unbridled racism can do and they see Israel as a microcosm of Muslim-Infidel interaction and of what may be in the cards for them.

The current trade sanction campaign here isn’t new. I can recall when working in London during the early 1970s the Arab League had a long running trade boycott on European firms dealing with Israel. It had some success, but most firms found ways around it.

Now for Europe the trade war against Israel concerns the EU Government’s objection to West Bank settlements and the much larger Palestinian sponsored BDS campaign, based largely on false claims and psychological transference of national traits. This latter item is how the Palestinians and even ISIL play the West. They verbally transfer some of the worst aspects of their societies onto Israel. Just as amazing, many intelligent people actually believe their claims. Usually such a tactic, a bedrock of European anti-Semitism, normally appeals to uneducated peasants, not the so called “intelligentsia.”

This brings up America, where this tactic has been successful at university campuses on the East and West Coasts. Luckily local and national US government officials don’t buy into this racist narrative.

America is a nation that needs an adversary straight out of Orwell’s “1984.” From World War II onward, the US economy has thrived during armed conflict abroad. And while the establishment adversary is now Daesh and all forms of Islamic jihadism, the left has its own cause, Palestine.

With the end of military conscription and the Vietnam War, US college students had to find a new cause to champion. This was eventually provided by Palestinian activists and professors stirring up anti-Israel sentiment via the transference ploy.

With this in place, the next thing needed to really kick things off was an uprising of sorts. Hamas provides this with 2014’s Gaza conflict. The final part of the transference ploy was provided by the news media‘s sensationalism showing the death and destruction in Gaza.This resulted in anti Israel rallies and marches in many countries despite the fact Israel were defending itself against attacks.

Compare this to what has been going on in Syria, Iraq and Yemen with first the US led bombing campaign and now the Russians carpet bombing campaign which has killed and injured hundreds of civilians. These Arab nations aren’t at war with Russia or NATO. Where are the western protest marches? Where’s the indignant hate speech? Only Israel is singled out for criticism

To the Liberal Establishment the fact that around 300,000 Syrians and Iraqis have been killed in the five years of unrelenting war, which has also created more than 4 million refugees means little when stacked up against the Israel-Palestine conflict.

This endless, yet now a relatively minor event in the region, commands so much western liberal attention it has become a similar obsession to Arab hostility towards a Jewish homeland in Palestine…a homeland that was legally established by the Balfour Declaration’s British and Arab signatories as well as by the League of Nations.

This obsession is largely the result of ignorance of history…people don’t read. And when they do lefties tend to read literature that supports their often bigoted beliefs. Since the Middle Ages the Jews were the all-purpose scapegoats and vicarious sacrifices for Christians. They also became the liberal poster people….the eternal underdog.

When Israel won its War of Independence, despite all the predictions of doom, the liberal establishment was over the moon. Liberals always need an underdog to champion and there had been few better underdogs than those historically candy ass, intellectual, violin playing, money making Jews.

But a major weak point for leftists, is they don’t like winners, just underdogs. So, when Israel continued to win wars against the Arabs, the liberal love affair slowly ended. Israel was no longer seen as an underdog. It was trying to become part of the establishment.

Yes, but there were still only a few million Israelis against 300 million Arabs…tough odds. Ah, but when some of those Arabs became refugees or residents under Israeli occupation the Left had its opening to separate the Palestinian Arabs from the greater Arab mass and concentrate on being the Palestinians’ new champion.

Admittedly, Israel aided in this repositioning by its 1982 Lebanon Invasion that sparked the first Arab uprisings and the Israeli-Palestinian Conflict was under way. Aside from all this history, there’s probably no greater misplaced patronage and hypocrisy than the liberal love affair with the Palestinians.

On one hand many of these same people were backing war in Afghanistan solely on the need to secure and safeguard women’s rights from Taliban brutality. And yet, they condemn and boycott Israel, a social democracy with equal rights for women, for ill treatment Palestinians, a people who look upon women as livestock, homosexuals as dead-men and women walking and infidels as less than equal than them.

More Palestinian women die annually in so-called honor killings by their own families than they do from Israeli reprisal bombardments. It could be said most Arabic culture, aside from their religion, would be a good fit for the US hard right red state mob with its love of traditional family values and deep rooted male chauvinism.

Yet, these are the people so admired and loved by the feminist National Women’s Studies Association. Now, top this off with the religious and tribal based racism throughout the entire Muslim world and the western support given to the Palestinians is not only mind boggling but anti-Semitism as political and social action.