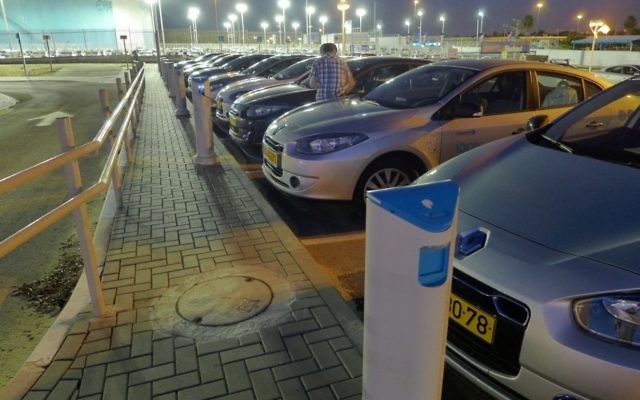 For this, the country I love, Better Place is the tragedy that keeps giving.

First, a chance to lead the world into a new era in transportation was lost – after hundreds of millions of shekels from outside the country was invested in jobs and infrastructure here. Hundreds were put out of work and the driving public was consigned to continuing to live at the mercy of the volatile global oil market, regularly manipulated by its adversaries. Now a circus of a bankruptcy process threatens to extinguish even the small nucleus of infrastructure that remains – setting the country back a decade or more in its effort to break the monopoly of petroleum on transportation.

This, even as Tesla, the US-based electric car manufacturer, has become the darling of Wall Street, with a market value roughly half of General Motors. And Tesla is using its new fortune to do what? To build a nationwide network to service electric cars across the US. At the same moment as Israel sees its network disintegrate.

It is no secret that under its original ownership, Better Place reached way too far, spent far too much and brought on their own collapse. But huge investment they put into the ground in Israel did buy something. And it is also no secret that their customers – myself included – have never ceased, through all of the drama, to adore both the car and the driving experience.

Last week in bankruptcy court the second suitor for the assets of Better Place failed to make scheduled payment pursuant to the terms of their winning bid – presenting, according to reports, an invalid cheque.

The bid was invalidated by the liquidators, only to have the Supreme Court then issue an injunction to delay cancelling of the sale and give the purchaser more time to come up with valid payment.

While it is beyond me why the court would give a second chance to a group that produced a bad cheque, that sense is overshadowed by frustration at the arrogant way the present operators have treated their customers.

Those of us who were prepared to give them the benefit of the doubt, so long as they gave us a chance to continue to drive our cars, have become disillusioned by demands and threats being made by the group.

In reality, there is only one sensible solution to end this madness. The court should once again open up a process by which parties can bid on the assets — but instead of expecting to be awarded some millions of shekels for the privilege of operating a money-losing operation, the main criteria for a purchaser should be a credible plan to keep the network operational for its customers.

Then the government of Israel should finally concede how desperately outdated its policies have been, and do what has been done in the US states and the EU – set a meaningful goal of new electric cars on Israeli roads in the coming years, and implement measures to help make it so. As I’ve written before, these needn’t mean government funds: but they should involve the removal of the massive obstructions that still exist.

As business and governments across the globe make investments to give drivers an alternative to the filth and volatility of gasoline, Israel, once in the driver’s seat, has one last chance not to be tossed onto the roadside.