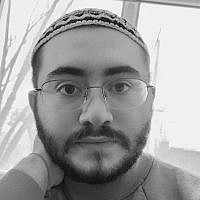 The Blogs
Azriel Ellul
Apply for a Blog
Advertisement
Please note that the posts on The Blogs are contributed by third parties. The opinions, facts and any media content in them are presented solely by the authors, and neither The Times of Israel nor its partners assume any responsibility for them. Please contact us in case of abuse. In case of abuse,
Report this post.

In the month between Purim and Pesach, it feels like Judaism undergoes a radical change in moral position. On Purim, we drown out Haman’s name with noisemakers, and joyfully celebrate his and his sons’ deaths on the gallows that were meant for Mordechai. But on Pesach, we acknowledge that the suffering of the Egyptians due to the plagues was a necessary evil. We won our freedom, but they paid the price, and we must acknowledge that even as we celebrate. Today, we generally minimize our celebration of the drowning of the Egyptian army, and rather emphasize our freedom that came as a result.

So why are the downfalls of these two great oppressors treated so differently?

These two narratives, and the celebration of each, are fundamentally different. They originated in very different contexts, and have radically different roles in the history of the Jewish people. But that aside, our different responses to both can teach us a valuable lesson about conflict resolution, and highlight key differences between the respective situations.

Purim gives us an example of a short-lived attack that was perpetrated by a small and specific group of people—that is, Haman and his sons. Haman wanted all of us dead because one single Jew would not show him deference. His hatred was blind and extreme. This gives us a clear and unnuanced enemy; Haman is Amalek, plain and simple. The goal of our total destruction was an end in itself, and those who have this goal cannot be negotiated with.

Pesach, on the other hand, is a very different story. Here, we see a long-term struggle for liberation in which an entire nation upheld our oppression. In this case, virtually all ancient Egyptians were arguably complicit in the oppression of all ancient Israelites in one way or another. But other than having been born into a society in which we were enslaved without actively changing that, most Egyptians had a minimal role in our suffering. Further, Paraoh, cruel as he may have been, inherited the role of oppressor—the system of slavery a means to an end, though no less immoral because of it—whereas Haman decided of his own accord to attempt genocide.

As such, it was necessary to first negotiate with Paraoh (and his nation as a whole), rather than hang him upon the gallows of his own creation, so to speak. This is why, even as we celebrate our freedom from slavery, we must dampen that celebration by remembering the suffering of the Egyptians. Moreover, we choose not to celebrate the destruction of Paraoh and his army as we do that of Haman and his sons. The latter made an active choice to persecute us, but the former’s actions maintained our oppression more passively; these were children raised to be soldiers, given no reason or opportunity to question the morality of that fate . . . and this is as apt a description for Paraoh himself as it is for his army.

Based on this reading, we can understand that this is what the Torah means when it tells us that God hardened Paraoh’s heart. For Paraoh’s entire life, his worldview had been characterized by the belief that our enslavement was both necessary and morally unproblematic; it was not truly of his own accord that he did not let us go, we are reminded. And that is perhaps its own tragedy: despite everything, there was no other path to be found. No warning could prevent Paraoh from allowing his people to suffer plague after plague, and no consequences for his actions—even the death of his own son—could dissuade him from leading an army into the desert to capture us once again.

Haman is an easy enemy to hate. He and his sons are emblematic of absolute evil, of destruction for the sake of destruction. But such enemies are not as common as some might wish—on either side of any conflict. The Egyptians were eventually impatient for us to leave the country, lest they all die. In fact, one might imagine that the average Egyptian came to hate us over time, and perhaps understandably so. Makat bechorot struck all firstborn Egyptians, “from the firstborn of Paraoh who sits on his throne to the firstborn of the slave-girl who is behind the millstones.” Surely we cannot think that this Egyptian slave-girl—as much a slave as any Israelite, though her people may have been free collectively—would have believed we deserved any better a fate than what our God did to her firstborn son.

But the reality was that Paraoh blocked all other paths for us to claim the freedom we had long been owed; the choices, at that point, were either this or slavery. We had quite simply run out of options. Even in cases where such violence and destruction are entirely against God’s will, people forced into captivity will take desperate measures to fight for their freedom if they believe that there are no other viable choices available. That is human nature.

And so, as we drink wine in celebration of our freedom, we take a somber moment to remember the Egyptians, whose suffering was a tragic means to a necessary end—and hopefully also remember that, unless other paths are sought and offered, such situations can only ever end in tragedy.

About the Author
Azriel Ellul is a student living in metro-Detroit.
Related Topics
Related Posts
Comments