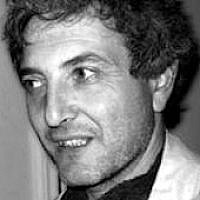 The Blogs
Shlomo Dubnov
Apply for a Blog
Please note that the posts on The Blogs are contributed by third parties. The opinions, facts and any media content in them are presented solely by the authors, and neither The Times of Israel nor its partners assume any responsibility for them. Please contact us in case of abuse. In case of abuse,
Report this post. 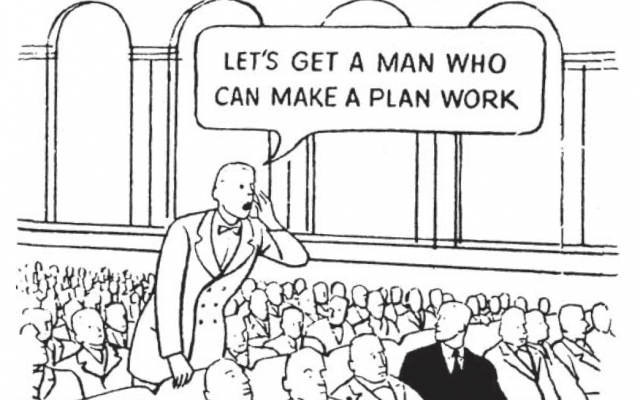 The Road to Serfdom in Cartoons, page 9, https://fee.org/articles/the-essence-of-the-road-to-serfdom-in-cartoons/

In a situation of crisis such as war, economic collapse or even pandemic, the pressure exerted by an external threat creates a condition that makes people kick off their social responsibility instinct. This instinct makes us become more amenable to organizing into groups, to giving up some of our personal freedom for the benefit of all. After all, altruism was always part of human genes and is well recognized as a feature that improves our survival as a species.

Altruism, combined with social nature, serves to establish cooperation in order to survive and thrive. Under pressure, the same trait allows and facilitates setting in place structures, or giving more power to existing planning committees that are supposed to use the power of the many to solve issues that each individual was unable to solve. The emergency of a crisis situation also rules out more lengthy trial and error procedures, developing new ideas or allowing organic emergence of solutions. Falling back into the presumption of the ultimate powers of human intelligence, we are following plans even in situations where science or ethics might lack sufficient knowledge. This creates a condition where people are keen on exercising failed expertise and following outdated theories to allow false or unproven ideas to take over their better sense of judgement and freedom. It is a natural tendency of our mind to seek explanations rather than fall into despair by recognizing and admitting to our own personal and communal helplessness.

As the crisis persists and the pressure mounts because of the sheer complexity of the issue that initially brought the crisis to existence, those systems of planning and control that were set in place, but that can not really solve the problem, just keep growing. The natural process is such that the planners will keep aggregating into larger and higher control structures until ultimately reaching the one strong individual or a select group who holds the promise to provide the solution.  This simple mechanism was brilliantly outlined in Hayek’s booklet “The Road to Serfdom” where he tried to explain the rise of Nazi rule in a cultured, liberal and progressive German society. Contrary to common beliefs that the rise of Nazism was perpetrated by few evil individuals who grabbed power and subordinated the rest, Hayek brings a fascinating but yet scary argument – the human nature, especially in a culture that idealizes and idolizes knowledge, when under prolonged threat, will make people give up their doubt, skeptical thinking and even give up on basic principles of morality and freedom in return for appointing a tyrant. What is important to notice here is also the subtle details in definition of a totalitarian ruler – it is not the person who necessarily breeds hate or division, but rather a person who sets up structures to exercise unlimited power to ideas that might be seem good at first, but then are used to crush other ideas and eliminate them from the cultural market.

The only way to shatter such emergent huge structures of control is by dissent of the individual or of smaller groups down the street. To avoid such an opposition and sustain control, tools like censorship, cancel culture and in extreme situations violence are used to prevent those who did not agree to the planner to force them to concede. One amazing and worrying phenomena is the emergence of third party companies of “fact checkers”. This fact-checking is often politically fraught — The Washington Post has been accused of nitpicking claims by Sen. Bernie Sanders in an ideologically motivated manner, while right-wing complaints about censorship on social and mainstream media are abundant. A period of prolonged operation of such suppression mechanisms turns into what psychologists call acquired helplessness. This effect creates a habitus in the groups that were not able to express their dissent to accept the reality of someone else having the ultimate control and moral right to their destiny.  What is the role of the media and academia in this process? As Hayek calls them, these are the dealers of second hand ideas. What that means is that the sustainability of the planning structure and the control acquired by the administrative or bureaucratic system is being justified through intellectuals who are housed in the academic and media institutions that are closer to the top of the pyramid and have an important role to play in mechanism’s functioning. Interestingly enough this also serves the media and academia self interests – by being able to provide the services of subordination through authority, social proof and other marketing methods, these institutions act to deliver compliance techniques that benefit their own existence in a controlled environment.

Astounding is the advice Hayek gave to a random person named Fisher, a British pilot in WWII, later to become a Sir, knighted four weeks before his death for his contribution to liberal thinking. Fisher tells: “My central question was what, if anything, could he advise me to do to help get discussion and policy on the right lines. . . Hayek first warned me against wasting time – as I was then tempted – by taking up a political career. He explained his view that the decisive influence in the battle of ideas and policy was wielded by intellectuals whom he characterized as the ‘second-hand dealers in ideas’. It was the dominant intellectuals from the Fabians onwards who had tilted the political debate in favor of growing government”.

And where do we stand on this issue now? Among my friends from various stages of my career, people who were in charge of security, high-tech and scientific research, a debate occurs as to why talented individuals do not find their way into politics. Why do politicians, who are by definition “public servants”, fail to serve? I think Hayek provided the answers in his advice to Fisher. Do not waste your time. So what should we do?  Hayek’s insights were all related to economics. In today’s society, with economic abundance and the rise of information society, the exchange of ideas is even more important. What used to be the study of exchange of goods and the role of free markets, now becomes the battle for freedom of ideas and open culture.  Let us summarize these ideas here, paraphrased from the British Economist John Blundell, applied to culture:

About the Author
Shlomo Dubnov is a Professor at UCSD in Music and Data Science where he serves as a director of Qualcomm Institute’s Center for Research in Entertainment and Learning (CREL). He was an executive board member of Scholars for Peace in the Middle East (SPME) and serves as the president of the UCSD chapter. He publishes editorials and contributed a chapter in a book on anti-Zionism on campus published by Indiana University Press.
Related Topics
Related Posts
Comments