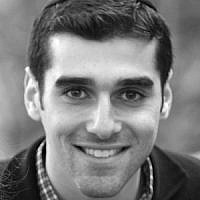 The Blogs
Sam Apple
Apply for a Blog
Advertisement
Please note that the posts on The Blogs are contributed by third parties. The opinions, facts and any media content in them are presented solely by the authors, and neither The Times of Israel nor its partners assume any responsibility for them. Please contact us in case of abuse. In case of abuse,
Report this post.

My last article, entitled “The Essence of Disability Inclusion: Us,” attempted to grapple with and respond to various misunderstandings in the area of disability inclusion. I argued that, as opposed to the devices and innovations that allow individuals with disabilities to function more easily in society, the true effectors of change are the individuals that comprise society and the relationships that are formed with them. To that end, the “us” in the title refers to an “us” as people without disabilities and who can make a difference. Beyond this literal explanation, though, I intended to suggest an idea a bit more subtle and a lot more complicated: “us” is an allusion to that great web of connections that unites all human beings at their core, melting their differences into mere fun facts in a narrative that transcends, yet still elevates, our existence as individuals.

Seen in this light, disability inclusion should not be a viewed as a nuanced idea or progressing movement, but a natural and logical extension of a more universal type of inclusion. Although John Lennon’s famous notion of a world “living as one” is generally understood as a plea for respite from war, I believe a necessary corollary is that our unity would not merely prevent us from inflicting harm on one another serving as an end in and of itself, but would even promote cooperation and meaningful dialogue between people from all backgrounds.

And yet, the notions of disability inclusion and universal inclusion are so hard to identify with, so un-intuitive and so far from where our minds are at. In general, most people do not gaze beyond their own perspective. They do not see the world as a greater whole of which they are a part, but as a maze that they must individually navigate, compete in, and triumph over. Life is more often depicted as a game to compete within or a playground to enjoy than as a world to engage with. Beyond the sea of differences that swells on the anonymous subway, however, are people just like you and me, people that laugh and people that cry, people that want and hope and pray to find a friend in a stranger. If we truly believe in any sort of grand unity between all human beings, it is incumbent upon us to penetrate past the surface and into the deep blue of diversity. Quoting Antoine de Saint-Exupéry, “A rock pile ceases to be a rock pile the moment a single man contemplates it, bearing within him the image of a cathedral.” Life, and all of the wonders it unassumingly bears, becomes only what we make of it.

Turning to the less abstract, if there is anything (constructive) the 2016 presidential election can teach us, it is that there is a desperate need for people to break free from the prison of their personal narratives and to consider those of others. Without adding to the already deafening volume of political commentary, I will safely contend that, across the whole spectrum, divisive rhetoric has reinforced an “us versus them” mentality, causing the values that once bred unity – freedom, equality and democracy – to be, in the words of the sagacious (finally) Nobel Prize-winning lyricist, “blowin’ in the wind.” Whatever the results of this election, we cannot allow our unity to be sacrificed on the altar of change.

I know that I would be naïve to assert that our present day’s lack of unity is significantly worse than in years past, but I do not think we should ever accept this status quo. For as far as we have come, we can still do better. The question stares blankly at the society we have constructed: how do we unite people amidst endless divisions?

As a Joel Daner Fellow at Yachad, the National Jewish Council for Disabilities, seeking answers to this question is now part of my job description. I help organize events, fundraisers and other programming in an effort to ensure the inclusion of all Jewish individuals in every aspect of Jewish life. In an effort to better understanding the challenges I am up against, I recently participated in my first ever sensitivity training. Though there are not any generic exercises, the general gist is to show the participants the difficulties encountered by individuals with disabilities. (If you’d like to sensitize yourself in the comfort of your home, I’d recommend Speech Jammer, an app that reduces the rate at which you hear your voice, making it increasingly difficult to even complete a sentence. I urge you to give it a go and try to imagine what life would be like if that was not just an app, but an inescapable reality.)

In an entertaining exercise that I participated in, a volunteer had to (attempt to) build as complicated a structure as possible while being spoon fed apple sauce. Sounds pretty fun, right? Except that he also had someone’s iPhone flashlight moving around his field of vision, he had yours truly playing various ringtones in his ear at full-volume and another person placing anise (think: intense auras of licorice) under his nose. Considering this sensory overload, the volunteer did quite well at performing the task and kept his cool. But when I realized that this is what many people experience on a day-to-day basis, I stopped smiling and started to wonder how to bridge such wholly natural gaps.

How can I relate to people who experience the world – psychologically, viscerally, essentially – so differently than I do?

I realized that while I am unable to truly understand the perspective of others (a reality that sadly characterizes all human relationships), if I actually desire to relate to the world as a whole I am nonetheless able and, to a degree, obligated to find similarities between us and search for channels of connection. She has idiosyncrasies, but so do I. He hates when two people speak at once, and I do too. We need to take a step away from self-aggrandizement and realize that we are part of something bigger than any of us. Yes, it sounds cliché, but it is undoubtedly true. It is only by leaving our own orbits and enter somebody else’s that we can experience what life is meant to be about: human connection.

The next time somebody comes over to you and you start to realize that he seems to be operating on an entirely different wavelength than you are; the next time you see someone behaving in a way you typically would not; the next time you think that you have nothing in common with this category of people, think again. I implore you to see beyond the superficial and look for a truer picture of that person, because it is only through looking deeply at all others that we can fully experience the depth and breadth of the human experience.

The solution for many of the narcissism reflected in society is to escape the all-too-prevalent solipsism that is both borne and sustained by solitude by becoming one with the collective and embracing the beauty in others, wherever you may find it. The whole is most definitely greater than the sum of its parts, but it is up to us to ensure that the whole truly includes each and every individual.

About the Author
Sam Apple is a 2016 graduate of Yeshiva University, where he participated on the Cross Country team, Medical Ethics Society, YU Literacy Program, and Music Vs. He currently attends SUNY Downstate College of Medicine.
Comments