Whatever you think of Benjamin Netanyahu, most people would agree that he is the slyest, cleverest and most experienced mover on the Israeli political scene. He has served as prime minister for longer than anyone in the history of our country, and that includes Ben Gurion.

He is a wheeler and dealer on both the national and the international stage, and even those who despise him acknowledge his prowess. Former US president Barack Obama could only grit his teeth when Bibi blind-sided him and addressed Congress in 2015.

At a time when Bibi is caught up in a trial facing charges of bribery, fraud and breach of trust, reports are coming out that those close to him have been in touch with former Supreme Court President, Aharon Barak, and persuaded him to intervene on his behalf and seek to persuade the Attorney General that it is in Israel’s best interests for a plea bargain to be reached that would bring the trial to an end.

While such a plea bargain would prevent Bibi from continuing to be actively engaged in Israeli politics, it would not stop him from being involved and continuing to pull the strings behind the scenes.

However, the consequences go far beyond that. The moment that Bibi leaves the political stage, the very raison d’etre that resulted in disparate political parties agreeing to enter the current government coalition will fall away.

Likud will need to elect a new leader, and those right-wing parties currently in coalition with Meretz and Ra’am will be looking for bedfellows more to their political liking. Israel will no doubt once again have a right-wing/charedi government the moment elections take place.

Should a plea bargain be arrived at, not only will Bibi have saved himself from the possibility of a prison term, but he will also have succeeded in fragmenting the existing government coalition and ensuring that elections are just around the corner.

In the end, it will be Bibi, the Joker in the pack, who will once again have called the tune. 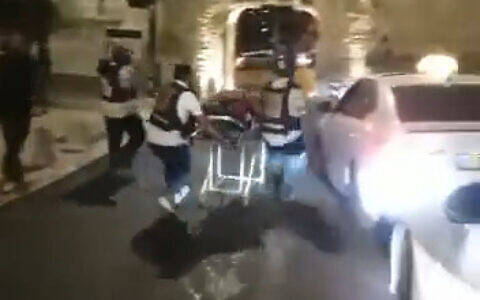