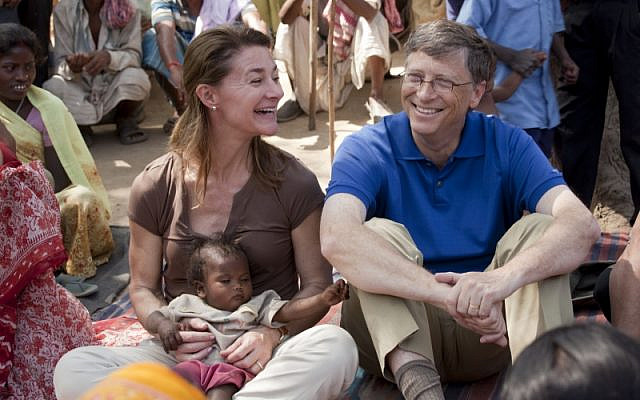 Bill and Melinda Gates should be jointly appointed as the next Secretaries-General of the United Nations.

It is imperative for our world’s leadership to help alleviate extreme poverty which afflicts millions of women, men, and children. According to the United Nations, the poverty statistics are shocking:

World leaders, philanthropic organizations, activists, and high net worth individuals must come together to empower marginalized, impoverished communities with social, educational, and economic empowerment. Extreme poverty is a form of injustice. As Dr. Martin Luther King once said, “an injustice anywhere is a threat to justice everywhere.”

Melinda and Bill Gates are uniquely positioned to help alleviate poverty as co-chairs of the Bill & Melinda Gates Foundation. According to the Foundation’s website:

“In developing countries, we focus on improving people’s health and wellbeing, helping individuals lift themselves out of hunger and extreme poverty. In the United States, we seek to ensure that all people—especially those with the fewest resources—can access the opportunities they need to succeed in school and life. By giving people the tools to lead healthy, productive lives, we can help them lift themselves out of poverty.”

As co-founder of Microsoft, Bill Gates helped revolutionize the world of computer software and high technology. Melinda French Gates, who earned an MBA from Duke University, is an equal partner is spearheading their effort to improve healthcare and education while eliminating socio-economic inequality.

To empower women, Melinda Gates published the influential book, “The Moment of Lift: How Empowering Women Changes the World”. By empowering women and combating discrimination against women and girls, we improve the overall health of families and societies. This is true both in developing countries and in highly developed countries. To empower women and girls is to empower our world.

In 2016, President Barack Obama honored Bill and Melinda Gates with the Presidential Medal of Freedom for their philanthropic efforts. In addition, President Francois Hollande awarded them France’s highest national order, Commander of the Legion of Honor, for their efforts to improve our world.

As heads of the United Nations, Melinda and Bill Gates will be positioned address the multilayered and multifaceted issues confronting our world.

The United Nations is an international organization founded in 1945.  It is currently made up of 193 Member States.  The mission and work of the United Nations are guided by the purposes and principles contained in its founding UN Charter.

When Secretary-General Guterres completes his term of office, let us elect Melinda and Bill Gates jointly to the position. One of the goals will be to make the so-called “American Dream” accessible to people throughout our planet. Moreover the Gates’ strong computer science and technology background uniquely capacitate them to help solve issues in the developing world.

According to the Bill & Melinda Gates website, “we can save lives by delivering the latest in science and technology to those with the greatest needs”. Moreover, the Foundation works with partners to provide effective vaccines, medications, and to develop innovative approaches to deliver health services to those who need it most. This makes them highly capable of helping to overcome the coronavirus and COVID-19 pandemic.

The United Nations under the Gates’ leadership can then partner with young activists such as Greta Thunberg, to combat climate change, global warming, and strive for environmental justice. Moreover, the UN can partner with activist, Malala Yousafzai, to empower women and girls with equal access to quality education.

Melinda and Bill Gates should be appointed Co-Secretaries General of the United Nations to improve our world through efforts to uplift and empower people around the world.

From Africa to Asia to Oceania, from the Americas to Europe, from developing nations to highly developed nations, Bill and Melinda Gates have the global vision, technological resources, and compassionate capabilities to bring equality and socio-economic justice for all.