It is a funny psychological need we have to blame when something goes wrong. It is as if by blaming we find meaning; we are able to point to why things went wrong and thereby to bring them under the control of our reason. Or perhaps it is a way of gaining security for the future – if we know what to blame, we also know what to avoid for the future.

The recent kidnapping of three youth gave us ample opportunities to encounter this all too human response. Some blamed the fact that we are in Judea. Others blamed the fact that the youth hitch-hiked, effectively blaming the victims. A lot of frustration was vented on the emergency services, for failing to respond to the call, channeling thereby “blame energy” on the police. 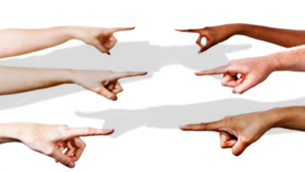 But most noticeable was the blame of religious voices, who, it seems, under situations of catastrophe are the first to point the finger of blame. We have gotten so used to this kind of religious reasoning that we consider it normal, appropriate, and ultimately an expression of religious thought.

For those who did not follow, here are three salient examples:

1. Yated Ne’eman, the official voice of the Degel Hatorah Orthodox party, blamed the government’s legislation, perceived as a campaign against the “Torah world”, for the kidnapping.

2. Rav Dov Lior, a prominent voice within the settler movement, blamed the attempt to introduce changes to the law of conversion.

3. Rabbi Yakov Ades, a maverick kabbalist with great popular appeal, blamed the prayer for peace held at the Vatican earlier that week, suggesting that praying on the ground of idolaters has the opposite effect of what was prayed for, thereby bringing about calamities.

The point is not if any of these voices are correct. By now we should have gained enough experience to totally dismiss this kind of reasoning out of hand. Does anyone still really side with the Shas party line that the “HaBonim junction” train accident was the result of Shabbat desecration? And on a more profound level – do the competing explanations for the holocaust as punishment for zionism/secularism/ultra-orthodox stubbornness not make the exercise of accounting for calamity in terms we understand a grotesque exercise. If so, why do religious voices continue to do so?

Lest anyone think it is the “natural” thing for religiously minded people to find reasons for why things go wrong, it is worth bringing in a “control group”. After all, things go wrong not only for Jews. What, then, are the religious responses of thinkers of other religions? As an observer of religious media and thought of different religions, it seems to me that the “blame response” is a uniquely Jewish phenomenon. In over a decade of following Catholic media closely, and noting official responses to a broad range of calamities, I have never once seen this kind of “blame response” as an official or popular teaching. Christians pray and offer support. They never pretend to know why things went wrong, let alone point a finger at someone else. Hindus, in turn, are even more philosophical about disaster. The workings of Karma, the doctrine of action and retribution, are taken for granted, but are considered beyond human comprehension. All are subject to the law of retribution; no one can account for it.

What is it, then, that makes Jews respond religiously through blame? Is it simply the common psychological knee-jerk reaction in religious garb? I believe more is involved. I suggest it is an expression of a good teaching, a fundamental teaching, gone awry. The teaching is captured in the term arvut, mutual responsibility. The covenanted community of Israel is considered one unit and its various members are accordingly responsible for one another – kol yisrael arevim ze baze – all members of the community of Israel are mutually beholden to one another (to fulfill the commandments). This view of the covenant, with roots in rabbinic literature, leads to a sense of responsibility for the other that informs some of our major religious ills. It is responsible for religious legislation, for attempts of the religious to shape, even in coercive ways, how society looks. Because Jewish religion is lived collectively, not individually, I, as a religious person, am responsible for what the other does. This places a burden upon me to ensure my brother does well, a burden that usually translates into pressure upon the other and which is often motivated more by fear of the consequences of the violation of the covenant for myself than by real care for my brother.

The underpinnings of such mutual responsibility are in a notion of unity, but in fact, as practiced, it is the division within the Jewish people that is refracted through this practice of arvut. Accounting for what went wrong takes the form of what the other has done wrong, whether it is to me, to my state, or simply in and of himself (as in the three contemporary examples above, respectively). Rather than translate tragedy into a movement of self-examination and improvement, tragedy, under the implicit guise of unity, plays into the hands of divisiveness, sectarianism and a view of the “other within” that have become so characteristic of Jewish society, and of Israeli society in particular.

What would be a true Jewish religious response? The High Holiday liturgy suggests three responses: 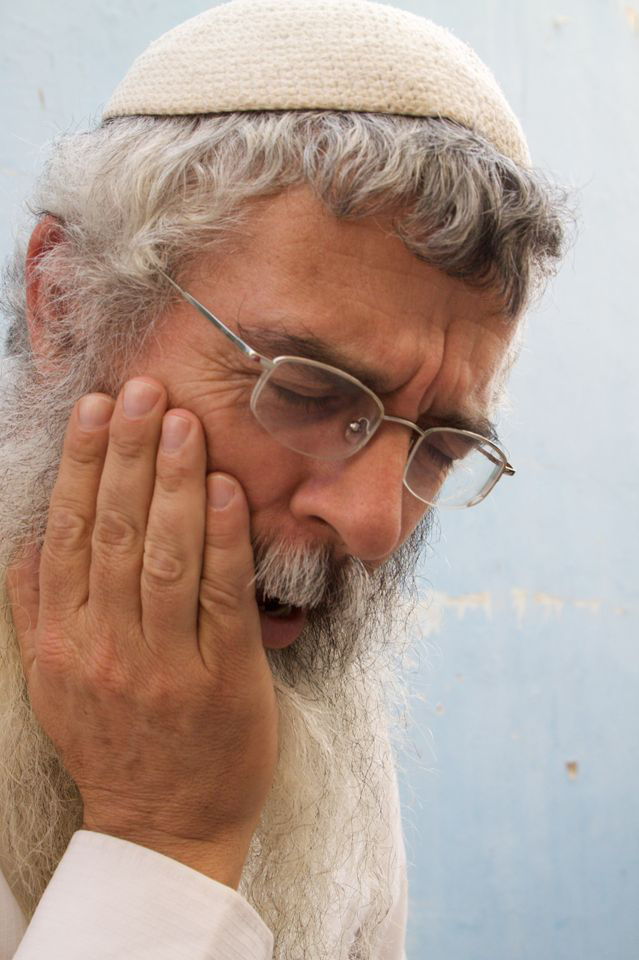 Dov Singer, head Rabbi of Makor Chaim, a yeshiva where two of the kidnapped teens studied, in prayer

1. Prayer. This is the ultimate response in moments such as these, and it is a tribute to the religious community as a whole that it has mobilized to prayer, regardless of internal differences.

2. Repentance, where by repentance is meant self-examination and improvement, not improvement of the other. Of course, if one considers oneself perfect, or at least religiously adequate, one cannot establish any causal relationship between repentance and what has gone wrong. But this is precisely where faith comes in. With the power of faith one can declare that more Torah study and more virtuous actions can make a difference to the present situation, putting aside the question of what went wrong and the ensuing “blame response”.

3. Charity. Giving of oneself to the other is a key response, inasmuch as it takes one beyond oneself, affirming a deeper unity within our society, or even within mankind. By affirming unity, through acts of charity and loving-kindness, we heal the roots of division and grow unity, thereby generating the kind of positive energy that can bring about change.

A true religious response does not look back in blame, but looks to the future, seeking to transform. It does not pit one against the other, but affirms a deeper unity. And it recognizes that while there must be a cause to calamity, it is hubris to suggest that I, or anyone else, can declare what that cause is. The blame response is useless, inasmuch as it never brings about any real change. A true religious response can bring about change, because it helps us to change, thereby making us worthy of the grace and aid that we seek from God, and which alone can qualify as a true religious approach to tragedy.