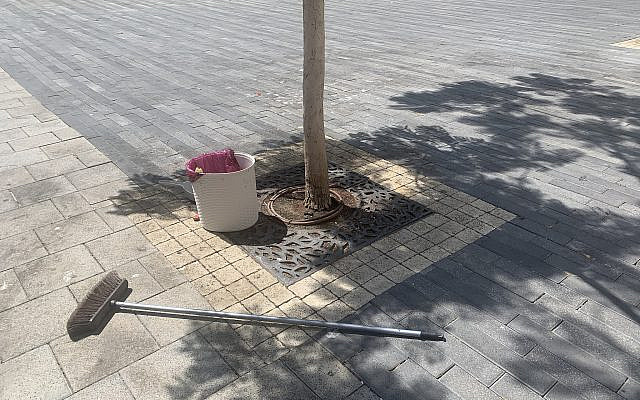 What is happening in Israel right now verges on the miraculous. The 36th government, now a week old, is still standing.

Forget about the right-wing protestors calling the new prime minister a traitor and their death threats against him.

The same goes for reports that the former prime minister ordered the illegal shredding of state documents before turning over the reins to his successor, that he has yet to leave the official PM’s residence and has continued to entertain guests there. So, too, with the former prime minister’s claims that the recent election was a fraud. The 36th government is still standing.

True, I found it sad that the new Interior Minister labeled asylum seekers infiltrators whom she will encourage to leave in order to defend Israel and its borders. I work with the children of asylum seekers. The word infiltrators makes me think of outside enemies intent on bringing down the state, while the children I work with are Israeli-born and speak better Hebrew than I do.  But at least the new minister didn’t call them terrorists.

So, I still believe the 36th government’s continued survival verges on the historic.

And what a government we have. One with its first prime minister who wears a kipah. One with a first Arab party that has joined its coalition. One with its first member of Knesset who is deaf. One that has members of the far right and far left sitting together to work on security, housing and education policies, not to mention a new budget.

If that’s not miraculous and historic, you tell me what is.  Bless Israel’s baby steps.

The other day, a friend called me an optimist. He uttered it as a tongue-in-cheek compliment, as we walked around the plaza of our building complex picking up cigarette butts overlooked by our building’s custodians and the municipality’s sanitation crews. 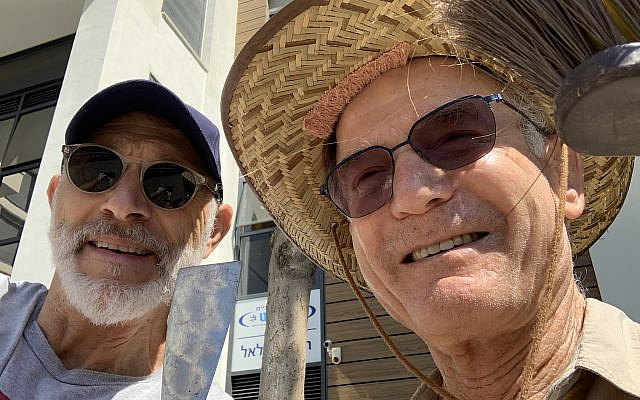 As a new volunteer member of our condo board, I was on the plaza for my fourth Friday morning in a row pulling weeds and collecting butts. After inviting all of our neighbors, and writing three previous blog posts here about the project, I managed to attract him alone from the154 apartments in our complex. Still, I was upbeat. My friend represented a sign of progress.

Fact is, I’ve been called much worse than an optimist.  Moreover, there were so few weeds in need of pulling, thanks to my previous three outings, that we were able to concentrate on the cigarette butts.  We didn’t manage to pry all of the many dozens of butts that had worked their ways into the cracks between the paving stones before our hour’s work was over. But the plaza did look better.

Will signs reminding people to use the garbage receptacles help? Should the city impose fines on litterbugs, like they do back in the US? My friend said Israelis don’t care about litter and that they would consider such fines badges of courage.

We were too busy cleaning to debate the issue — I refuse to believe that all Israelis are indifferent about litter and fines — but, perhaps another time.  My four-week weeds-and-butts project is over. Now, I’m ready for stage two of my community-building enterprise: forming tenant groups to monitor services and make recommendations to management.

My friend doubts I’ll be successful, but he did show up to help, nonetheless. Adding him to the two condo board members who joined me previously, that makes four weed-pulling, butt-collecting, community-minded people, a tiny fraction of the residents, but four is better than three. 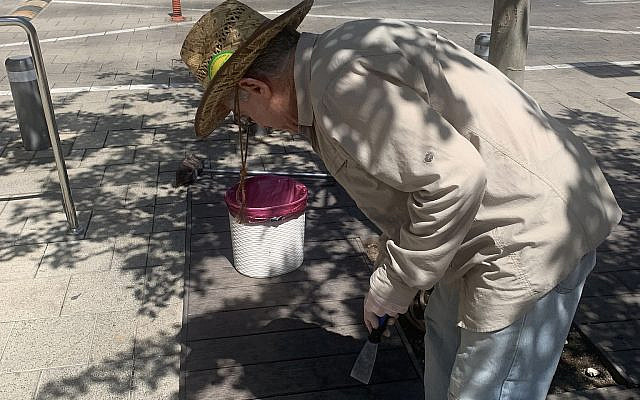 Meanwhile, Israel’s 36th government still stands. The phenomenon may not be as flashy as the Abraham Accords, or Israel’s Iron Dome, but it strikes me as a big deal, nonetheless.

Of course, what do I know?  I’m an optimist.

About the Author
Filmmaker and children's book author Marc Kornblatt is the producer/director of the award-winning documentaries DOSTOEVSKY BEHIND BARS, STILL 60, WHAT I DID IN FIFTH GRADE, and LIFE ON THE LEDGE, and the web series MINUTE MAN and ROCK REGGA. He and his wife made Aliyah in 2019 and now live in Tel Aviv where, through his independent film production company REFUGE FILMS, he has produced OLEH HADASH, a web series about his experience as a new citizen of Israel, two pandemic-inspired series, THE NARROW BRIDGE PROJECT and TEL AVIV WALKS, and BLUE & RED, RESPECTFUL ENCOUNTERS OF THE POLITICAL KIND, a series celebrating civil discourse across the liberal-conservative divide.
Related Topics
Related Posts
Comments
Advertisement