Tirana, Albania, September 21 – The head of the Catholic Church, an organization responsible for the slaughter and torture of millions in the name of religion, today denounced the perversion of religion to justify violence.

Pope Francis conducted a visit to Albania on Sunday, a country plagued as recently as the 1990’s by violence between Christian and Muslim citizens. The Muslim-majority nation saw fierce oppression of both religions throughout its history as a province of various empires, alternately part of the Muslim, Ottoman Empire and various nominally Christian European powers. Francis, whose church sponsored the 1096 Crusade that saw genocidal massacres of Rhineland Jewish communities, used the world “perverted” to describe the use of religion to support mistreatment of others. 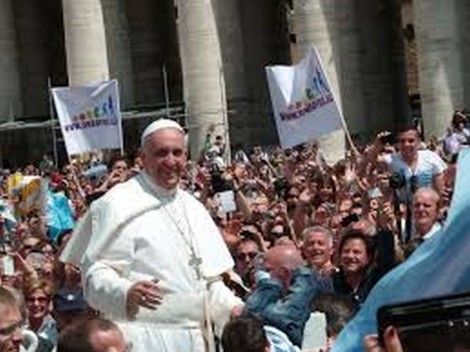 Francis’s visit represents his first such trip to a Muslim-majority country since the emergence of the Islamic State in Iraq and Syria, where the latter has been ethnically cleansing the areas under its control of religious minorities, including Christians. The Pope’ statement comes after centuries of the Church invoking God’s name to justify the killing and brutalizing of those who believe or worship differently, and of remaining less than outspoken as others committed genocide as recently as the mid-twentieth century.

“The distortion of religion to sanction brutality has always been an act of evil,” said Francis, whose organization continues to venerate on hundreds of individuals who either directly tortured and killed non-believers, or incited other Christians to do the same. “God wants us to love one another and live as brothers,” said the man who views as saintly many of those torturers and inciters.

“Let no one consider themselves to be the ‘armor’ of God while planning and carrying out acts of violence and oppression,” pronounced the pope, treading on ground where the Catholic Church routinely oversaw inquisitions into the alleged heresy of Christians, and tortured or killed them for that crime.

Francis called Albania’s Christian-Muslim coexistence an “inspiring example” of the kind of behavior completely at odds with the way his own religious tradition has been practiced for the vast majority of its existence.