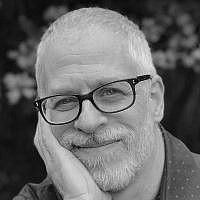 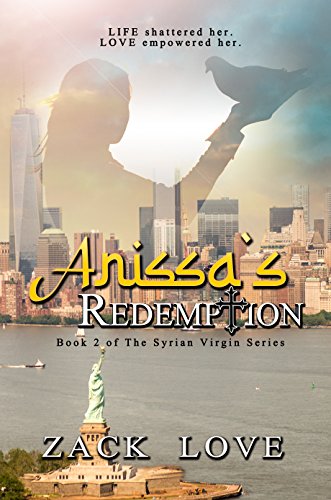 This striking novel, sequel to Love’s earlier novel, The Syrian Virgin, picks up right where the first book left off. We are quickly back in the world of Anissa, the beautiful, young (and still “virginal”) Syrian Christian teenager who barely escaped the slaughter of her family by Islamist rebels to start over as a first year student at Columbia University. There is Michael Kassab, the charismatic graduate student working furiously towards the creation of a Christian state in the Middle East to serve as a refuge for adherents of that persecuted religion, to whom Anissa is naturally attracted. There is Julien Morales, brilliant Columbia professor of psychology and economics, insanely wealthy manager of a top-tier hedge fund, and all around playboy who had cast a competing spell over Anissa (and she upon him). And in the background—and sometimes in the foreground, as the action weaves back and forth between New York, Syria, and other Middle East locales—there is the horrifying mess that is the Syrian civil war.

In the sequel we learn much more about these characters. In particular, the novel builds slowly and powerfully to a series of crescendos in which we learn the painful secrets both of Anissa’s past and, it turns out, Julien’s. In the interest of avoiding spoilers, suffice to say that beyond what we already knew of Anissa’s tragic story it turns out there is something more—and worse. As for Julien? Well there is a reason he is given to existential despair despite his fabulous success, and suffice to say that, in the end, he is not exactly who we think he is—a fact we learn, to terrifying effect, towards the novel’s powerful final climax. For those interested in the romantic angles, the Anissa-Michael-Julien triangle resolves in a rather shocking way; for those interested in the political angles, well, we all know that that situation remains far from resolved, five or more years in with no end in sight.

With an author surnamed “Love” it’s perhaps mandatory that the romantic angles of the novel be well executed, and indeed they are. But of equal interest is the way that Love weaves the romantic and the political together: the novel is something of thriller in both dimensions simultaneously, movingly driving home the point that what is happening over “there” has ramifications over “here,” and vice versa. And though it is a work of fiction it makes a credible case that, in the right circumstances, actions by just a few key individuals could literally make all the difference in the world. No, the mess in Syria is not resolved either in reality or, ultimately, in the novel. But you get almost a feeling of confidence that the right combination of individuals—the Annisas, Michaels, and Juliens—will find a way if not to resolve it, then to mitigate it. Along the way the truly fascinating idea of creating a Christian state in the Middle East is presented, an idea surely worthy of consideration by real world advocates.

Love has thus done something truly original with this pair of novels, interweaving bigger, deeper questions with more mundane ones, world-changing political ideas with almost ordinary romantic dilemmas—or at least as ordinary as romantic dilemmas between such powerful and brilliant characters as these can be. You feel great sympathy for Anissa from the start of the first novel as Love conveys the terrifying tragedy of contemporary Syria and leaves you gasping for air as Anissa escapes her family’s deadly fate. As her life intertwines with the competing forces of Michael and Julien, her romantic dilemmas become simultaneously political and philosophical. As much about ideas as about passion, as insightful about the situation in the Middle East as about sexual dynamics, this extraordinary pair of novels offers something for everyone.

About the Author
Andrew Pessin is a philosophy professor, Campus Bureau Editor at The Algemeiner, co-editor of "Anti-Zionism on Campus," and author most recently of the novel, "Nevergreen," an academic satire examining campus cancel culture and the ideological excesses that generate it. For more information, visit www.andrewpessin.com.
Related Topics
Related Posts
Comments