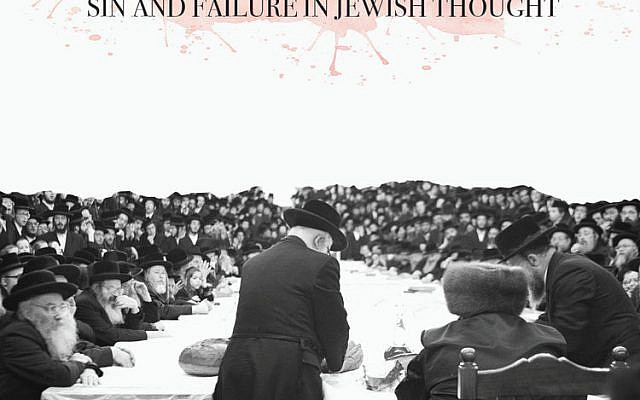 Start reading the Chumash, and sin is mentioned early on in chapter 3 in Genesis. Moreover, its repercussions are such that we live with them today.  By the time one gets to Genesis chapter 4, we find that “sin crouches at the door.”  So, sin is a big deal in Judaism.  In Sin•a•gogue: Sin and Failure in Jewish Thought (Cherry Orchard Books), author Rabbi David Bashevkin has written a remarkable book that analyzes the nature of sin.

In a book about sin, Bashevkin commits one (albeit quite minor) when he mistakenly calls anthropologist Franz Boas by the name of Frank Boas. Nevertheless, that is a sin that is easily forgiven.

Boas is known as the one who observed that Eskimo’s have myriad terms for the word snow. Bashevkin notes that the assertion since questioned, if not entirely discredited, is still instructive in considering the many names for sin in the Hebrew language.  Terms such as chet, avon, pesha, avera, and others show that there are many different forms of sin.

In this most engaging book, Bashevkin surveys the Jewish attitude towards sin over the ages.  While Bashevkin displays his fealty to traditional Judaism, he also explores the nature of sins, as seen in other religions and cultures.

In the Talmud, one of the poster children for sin is Elisha ben Avuya. It was he who ultimately received the inglorious moniker of acher, meaning “the other one”. Bashevkin does a superb job of explaining the Elisha ben Abuyah narrative. He notes that if Elisha ben Abuyah was the quintessential failed religious leader, his foil is Rabbi Akiva.

Bashevkin has done a remarkable job of explaining the Jewish approach to sin. For many, they may think it is closer to the mortifications of Opus Dei; when it is, in fact, just the opposite. Do not think that Bashevkin minimizes the effect of sin. Just the opposite. He makes it eminently clear its devastating effects. However, he also shows that sins can be rectified, and that there was only one acher.

If Bashevkin is guilty of any sin, it is that of brevity, in this all too short remarkable work. At a brief 145 pages, this fascinating book shows what a gifted and quick-witted writer he is. To which the reader is left, like a sinner, desirous, wanting much more.