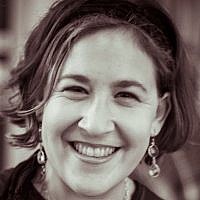 The Blogs
Sara Brandes
Apply for a Blog
Please note that the posts on The Blogs are contributed by third parties. The opinions, facts and any media content in them are presented solely by the authors, and neither The Times of Israel nor its partners assume any responsibility for them. Please contact us in case of abuse. In case of abuse,
Report this post. 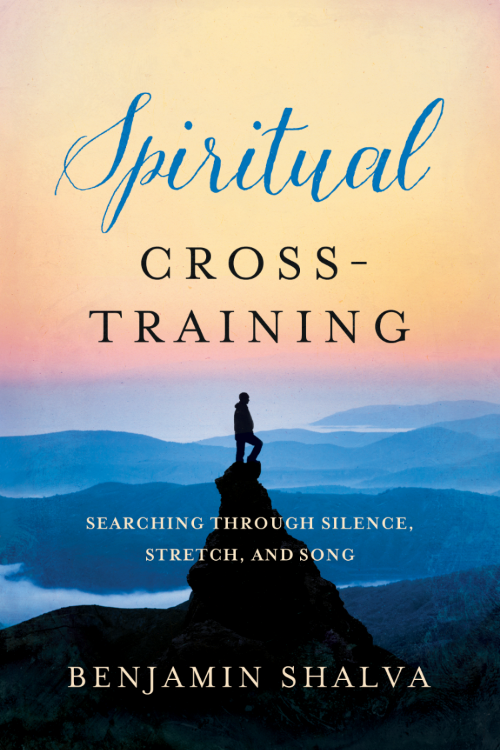 “Over three thousand years ago, a tribe of slaves clawed its way from the killing fields of Egypt. Assailed by nomads and crippled by thirst, they wandered the wilderness of Sinai, reaching the foot of the holy mountain only to have their prophet and protector disappear beyond its peak.”

So Rabbi Ben Shalva captures the drama of the theophany retold in Exodus in his debut work, Spiritual Cross-Training: Searching Through Silence, Stretch and Song. We first meet Rabbi Shalva as a college student, who has stepped beyond the confines of his liberal Jewish upbringing in mystical pursuit, electing to spend a semester in Dharamsala, India. He explains,“The God I was searching for was not a God copyrighted and distributed by one religion, philosophy or creed, but the God of pre-rational, resonant, revelatory awe. The God of soft hearts and open eyes. The God of vulnerability, honesty, presence and courage.”

Spiritual Cross-training is a pleasure to read because of Rabbi Shalva’s varied experiences.  He is a trained actor, has spent extended time in silent meditation and led a formal Jewish congregation. But, of all of his stories, the one that I most enjoyed was the story of the year he spent studying theater, movement and dance at the Arlecchino Theater Conservatory. Rabbi Shalva does great battle with his ego in Spiritual Cross-Training, and we, his readers accompany him in his fight. Transformed by the practice of African Dance, he reflects “Our demons laugh with us as we tumble through space. They haven’t let go, but we’ve let go.” This world, far outside of my own life experience, taught Rabbi Shalva, and thereby me, to hold everything more lightly.

As a fellow rabbi, Spiritual Cross-training resonates with me as a critique writ-large of the professional rabbinate, which pushed Rabbi Shalva to a point of personal crisis. While the work can be read as the story of his departure from the world of organized Judaism, by sharing his pursuit of balance, authenticity and deep meaning, we can all benefit. Rabbi Shalva roots the beginning of his undoing as a rabbi in his days at the Jewish Theological Seminary (disclaimer: where Ben and I studied together). In describing his time in seminary, he reflects, “Slowly, without even noticing it was happening, I put my song to sleep. With every page of studied text, I exchanged the song of the sages for my own. I’d still take my hyperactive six-year-old out at parties, maybe after a few l’chaims with my classmates. The rest of the time, he remained in a cage. I replaced his meandering melody with a thunderous anthem of purpose.  No more clown. No more fool.  I sang the battle hymn of the great and mighty rabbis.”  This debut work then is the story of Rabbi Shalva reclaiming and sharing his unique song.

Like so many of us, Rabbi Shalva is a seeker, and he has held nothing back in his search. His journey demonstrates the blessing of our particular moment in history.  Never before has one who hungers been able to traverse the continents with relative ease, in order to sit at the feet of the masters of the world’s varied spiritual traditions. The interplay, the “cross-training” Rabbi Shalva presents, allows us to celebrate the common thread that runs though the world’s most ancient traditions, the basic human hunger for meaning and those practices that allow us to touch our Source. His search, which he relays with poetry and passion is a model for seekers of all faiths.

About the Author
Rabbi Sara Brandes is the author of Magical World: Stories, Reflections, Poems Rabbi-in-Residence at Camp Alonim of the American Jewish University and a member of Kibbutz Hannaton in the Lower Galili of Israel.
Related Topics
Related Posts
Comments
Advertisement