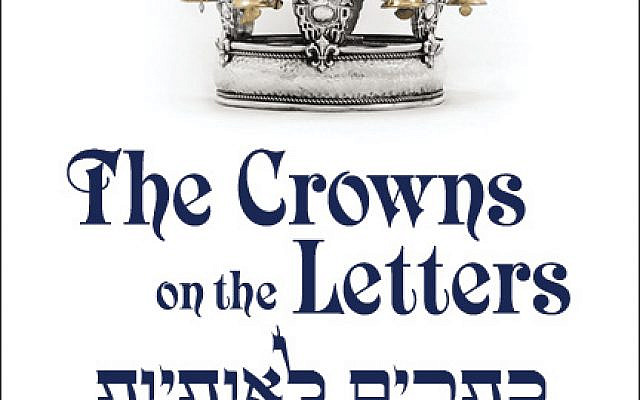 Generally, the term cherry-picking has negative connotations. However, in The Crowns on the Letters: Essays on the Aggada and the Lives of the Sages (OU Press), author Rabbi Ari Kahn, senior lecturer at Bar Ilan University, has done some cherry-picking, but in this case, the reader is the one who comes out better for it. 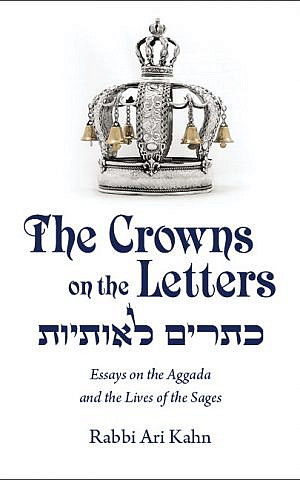 In this fascinating and most-enjoyable book, Kahn cherry-picks some of the most famous, enigmatic, and perplexing stories of the Talmud sages. He then explains how these sages lived, their struggles, and stories of their lives. And most importantly, he weaves in numerous sources to make sense of these stories. Some of which, at first glance from the Talmudic text alone, leave the reader scratching their heads.

The challenge of writing biographies of people who lived 2,000 years ago is that the source material is often sparse at best. The source material, primarily the Talmud and midrashim are theological works and not biographies. Oscar Wilde observed, partially correct, but profoundly mistaken that “only the shallow know themselves.” One would be quite shallow to think they could get in the mind of and understand the extraordinarily deep and complex psyches of the sages of the Talmud.

With that caveat, Kahn takes a deep and aggressive, yet reverential approach into numerous Talmudic personalities and attempts to make sense of the stories, which are often quite challenging at the surface level. The meticulous and incisive reader that he is, Kahn can pick up on Talmudic nuances, uncover and explain the more profound underlying messages, and give the reader an understanding of enigmatic and sometimes troubling Talmudic narratives.

One of the more challenging narratives is the final dispute between Rabbi Yochanan and his student Reish Lakish. It was so troubling that the Maharal himself found the dialogue there so disturbing, that he preferred to say that the event never actually happened.

As to the title The Crowns on the Letters, he writes that the crowns are a mechanism God uses to ensure that the Torah stays timeless. The beauty of the Torah is that the same material given to Moses and transmitted through the mesora can be understood differently as times unfold.

When God attaches these crowns to the letters, he does more than merely beautify the text. He embeds into the unchanging text a system through which later authorities will make new applications of old principles.

As to the biographies themselves, the book deals with some of the most challenging Talmud stories. From Rebbi Eliezer arguing with all of the sages over the ritual status of an oven to the story of Elisha Ben Avuya, who rose to the greatest of spiritual heights, only to enter the abyss of apostasy, Rabbi Akiva, Shimon bar Yochai and many more.

Kahn does a fantastic job of explaining the story of Elisha Ben Avuya. Here was one of the greatest sages of all time who saw a vision that troubled him so that he could no longer stay on the holy path. It seems as if heaven, in fact, forcefully closed the doors of repentance to him, as everywhere he looked, he was given the message that repentance for him was a lost cause.

The book is a progression in fascinating chapter after fascinating chapter. It closes with the narrative of Rabbi Zeira. I was reading the chapter the same week of the passing of the great Rav Zalman Nechemia Goldberg. To which I was struck by the many parallels in their personalities.

Kahn writes that Rabbi Zeira lived a life filled with humility and kindness, intellectual honesty and integrity, and absolute love and devotion to the land of Israel. Born in Babylon, his love for the holy land infused every part of his life. While Rav Zalman Nechemia was born in Russia, their personalities were indeed quite similar. And those same crowns on the letters that Rabbi Zeira experienced were the same for Rav Zalman Nechemia.

It’s said that Rabbi Soloveitchik, to whom Kahn is a student, would work extra hard to explain aggadic passages. The thought was that a faulty explanation of Talmudic sugya would not lead a person astray. However, a faulty explanation in Aggadah could lead the listener to possible heretical thoughts. Rabbi Kahn does a superb job in explaining these challenging aggadic passages and would make his teacher proud.