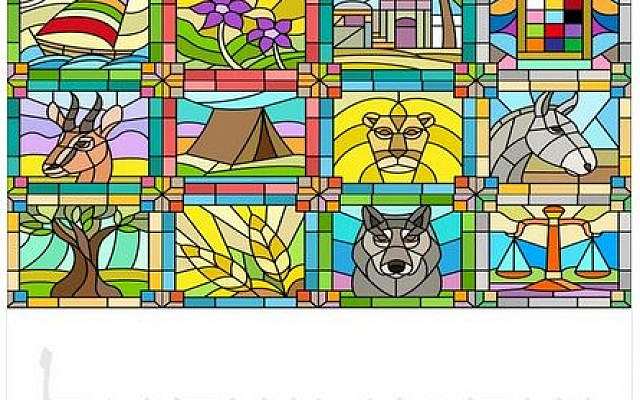 With a few rare exceptions, perhaps Iyov being the most prominent; all of the Biblical figures were very real people. Trying to comprehend their personalities with our societal norms and understandings, of people who lived 3,500 years ago is a challenge at best, and a fruitless endeavor at worst. Such an attempt can lead to the absurd notion as some have conjectured that Yakov had Down syndrome, and Yosef was autistic.

In Tribal Blueprints: Twelve Brothers and the Destiny of Israel (Magid Books) Nechama Price (Senior Lecturer in Bible and Judaic Studies at Stern College for Women) goes down that path to detail the personalities of the twelve tribes of Israel. Rather than come out in the theater of the absurd, Price has written a fascinating account of the sons of Yakov, the leaders of the 12 tribes of Israel. The book looks at each of Yakov’s sons and their personalities, and the complex dynamics of being in a family with four mothers. 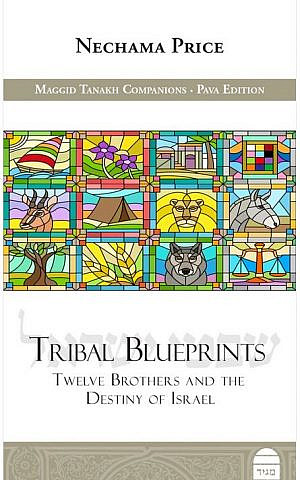 The book begins with a look at Yaakov’s main wives, Rochel and Leah, and how their relationships compared. She notes that Yaakov and Rochel’s relationship had the advantage of years of shared experience. When it says in Bereishis 29:20 that “Yaakov served seven years for Rachel, and they seemed to him, but a few days, for the love he had for her.” One is hard-pressed to understand how they could, in fact, seem like a few days.

Price astutely notes that Yaakov and Rochel shared a sense of being less favored by their fathers, as well as their experience as shepherds (individually and together). These experiences created a backdrop for a bond that could grow into a meaningful relationship. Moreover, this could explain why the verse tells us that the seven-year period of Yaakov’s servitude passes so quickly. It is those intriguing personality and life insights that Price brings to every chapter.

Some of the narratives are heart-rending to read. In the discussion of Reuven, we are told that the tribe of Reuven has a tragic trajectory. It chases a dream of leadership, which is a false dream that can never be a reality. When discussing Shimon and Levi, she writes that they grew up in a challenging family situation. Born to an unloved mother, their father seemingly ignores that rape of their system, and their younger half-brother is the primary recipient of their father’s affection.

Perhaps the most excellent part of the book is when Price details the story of Yosef—detailing the complexities of his personality and life-experience. As the favorite son of Yakov, born to his preferred wife after her many years of suffering infertility, it sounds like the start of an ideal life. Nevertheless, at the age of 17, the trajectory changes quite quickly and dramatically.

Always looking for the personality traits of each tribe, she observes that Yosef cries on numerous occasions, displaying his inability to constrain his emotions. Members of Yosef’s tribe have a propensity to be overly emotional, exhibiting extreme bouts of passion and fear as the story of Yosef and his brothers shows so well.

The tribes of Israel were indeed not cookie cutter. Their traits and personalities were diverse, with different qualities. With those differences, each tribe is essential to create a Jewish nation. Each adds a select quality to the whole.

The message Price brings in this insightful and groundbreaking work is that, just as each brother had their role in the Jewish nation’s destiny, so too must we find our roles.

In an era of often, cookie-cutter approaches to education, life, and religion, the twelve brothers show that the differences make the family and nation great. The tribal blueprints that shaped the Jewish nation thousands of years ago are still being lived today.