In his paper, Is There Science in the Bible? An Assessment of Biblical Concordism, Rabbi Dr. David Shatz writes that “some distinguished scientists, for some reason mostly physicists, push for concordist readings. Other intellectuals, for example those immersed in the humanities, are as a rule wary of, or put off by, such interpretations”. Concordism is a system of textual interpretation which is meant to establish a fusion between biblical texts and scientific data.

I thought of Shatz’s comparison as I read Was Yosef on the Spectrum?: Understanding Joseph Through Torah, Midrash, and Classical Jewish Sources (Urim Publications 978-9655242997), by Samuel Levine. Levine is an attorney, and professor of law and director of the Jewish Law Institute at Touro Law Center. While Levine may be a noted jurist, the expanse between law and being a psychological diagnostician is vast. Why a lawyer would attempt not just a concordist reading, but serious correlation and diagnosis, is unclear to me. 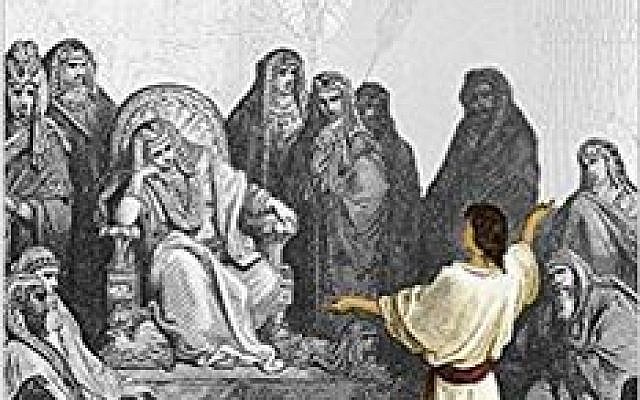 While the book has endorsements from a Talmudic scholar, an educator with a doctorate in Jewish history, a philanthropist and more, neither they nor the author have any significant experience in professional psychology.

Understanding Yosef, or any of the Biblical characters is a serious challenge. These personalities are unknowable to us from a purely textual perspective. Even with midrashim and the classical commentaries, the different cultures, vastness of time, combined with their unique stature makes understanding Biblical characters a formidable task. But diagnosing a Biblical personality without any clinical training or medical evidence is not only an impossible task, it’s a ridiculous one at that.

In the book, Levine attempts to show how Yosef was on the autism spectrum. The autism spectrum as defined by Wikipedia is a range of neurodevelopmental disorders that includes autism and related conditions. Individuals on the spectrum present with two types of symptoms: problems in social communication and social interaction, and restricted, repetitive patterns of behavior, interests or activities. Long term issues may include difficulties in creating and keeping relationships, maintaining a job, and performing daily tasks.

Levine makes it clear at outset that his book does not aim to categorize, let alone diagnose Yosef to any degree of clinical precision. But then he does write that readers may observe that Yosef’s behaviors and experiences closely resemble many of those common among individuals with forms of high-functioning autism or Asperger syndrome. He suggests the reader use the story of Yosef to better deal with friends and family on the spectrum.

Aside from a single footnote making a general reference to the Diagnostic and Statistical Manual of Mental Disorders, 5th Edition: DSM-5, Levine does not quote any psychological or scientific evidence to support his thesis. Countless times Levine writes of an action done by Yosef, and then counters that it is like many on the spectrum or that it is a characteristic common among children, as well as adults, on the spectrum. But none of these are convincing.

The book though is not without merit. Levine does gather countless midrashim and references about Yosef from many of the greatest commentators. This includes many citations from Abarbanel, Hakesav v’hakabalah, Torah Shelemah and many more.

Betteridge’s law of headlines is a saying that states: “any headline that ends in a question mark can be answered by the word no. As to book titles such as Was Yosef on the Spectrum?, Betteridge applies there also.