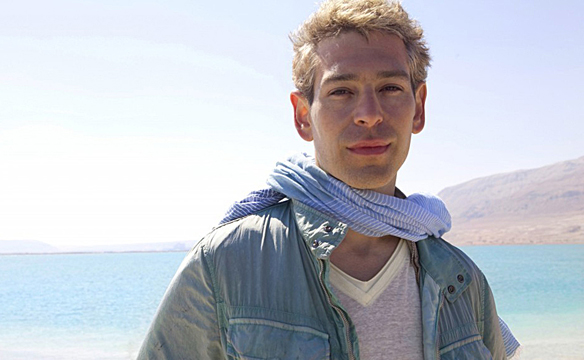 The pandemic of artistic censorship spread this past week, not only within China’s oppressive communist regime, but through the Boycott, Divestment, and Sanctions (BDS) effort against Israel in the supposedly open, liberal societies of Norway and Spain.

On the blacklist are Chinese hip-hop artists; Matisyahu, a Jewish-American reggae artist; and The Other Dreamers, an Israeli film about disabled children pursuing their dreams. In both the East and the West, the intent is the same, to use art as a tool to control thought and advance a political agenda.

China compiled a list of 120 forbidden songs, primarily by underground hip-hop groups, with topics that touch on tabooed subjects like sex and suicide because they allegedly harm social morality.

A Spanish music festival cancelled a performance by musician Matisyahu when he stood his ground against BDS pressure to produce a personal statement in alignment with their position on the Israeli-Palestinian conflict, and then subsequently reissued an invitation following a condemnation of the move by Spanish authorities and the United States Embassy in Madrid.

An international film festival in Norway will only exhibit films by Israeli filmmakers if the films are critical of that nation’s treatment of the Palestinian people.

While this use of artistic censorship as thought-control might be expected in dictatorships like China, its rising prevalence in the West provides a disturbing prognosis for the future of freedom of artistic expression.

Why reject Matisyahu, a musician who promotes “peace and compassion for all people,” and a tender Israeli documentary that celebrates the human spirit?  Because the inflamed rhetoric of the cultural Boycott, Divestment, and Sanctions effort against Israel is contaminating the judgment of art event organizers worldwide.

Proponents of the cultural boycott do not want international artists to perform in Israel, or global audiences to experience Israeli art. Instead, they seek to forcefully propagate a litmus test designed to advance their sweeping agenda and use extreme pressure tactics to enforce it.

To pass this test, organizers of Rototom Sunsplash, a socially-minded Spanish music festival initially succumbed to outside boycott pressure from BDS proponents and cancelled Matisyahu’s performance. The irony is as palpable as it is disconcerting, as a festival purportedly featuring open social forums for the discussion of human rights was unable to provide its only Jewish-American performer with his fundamental right as an artist: freedom of expression.

According to a report by The Times of Israel, the organizers blamed the local anti-Israel group BDS País Valencià, which campaigned to cancel Matisyahu’s invitation, for “pressures, threats and coercion” efforts that threatened to “seriously disrupt the normal functioning of the festival” and “prevented the management of the situation with clarity.”

In Norway, the symptoms of censorship’s contagion have progressed even farther. Festival organizers there openly embrace the cultural boycott, declaring they will only exhibit films from Israeli filmmakers if the films focus on the “illegal occupation” or “the blockade of Gaza.” To leave no doubt that they will filter not just based on the country of origin and for subject matter, but point of view, the organizers added the qualifier, “or [films that are] otherwise about the discrimination of Palestinians.”

Like the Communist Party of China, boycott proponents discriminate against certain art and artists as a means to influence thought and behavior. Unlike the BDS advocates, the Chinese rulers are honest about what they are doing, and openly call it a “blacklist.”

It is not just artists who suffer at the hand of the cultural boycott, but art lovers. Disregarded on both continents is the ideal that it is the individual, not a politically motivated third party, who should decide what he or she wishes to experience, an essential linchpin of democracy.

Typically, when open, liberal societies place restraints on artistic expression, they focus on the appropriate limits of content to prevent abuse such as slander, fraud and incitement to violence, or to protect an unwilling audience.

There is not a shred of evidence to make that case for the recent censorship in Spain and Norway. There is no other possible motive other than politics.

Like many other countries, the Israeli government will often help fund the production or exhibit of art. According to BDS proponents, such funding justifies discrimination because, they claim, it helps the Israeli government present a pretty face to the world and whitewash its supposedly undesirable policies.

Lifting the veil on that pretense, the inspiring Israeli documentary about the most vulnerable among us was made with zero government funding or support. Matisyahu isn’t even Israeli.

The cultural Boycott, Divestment and Sanctions effort against Israel has turned the concept of artistic censorship on its head. When it comes to Israel, it is politically motivated organizations and individuals in free western societies, not repressive governments, that are seeking to expand the power of censorship to advance a political vision.

This blacklisting of Israel, a nation that guarantees freedom of expression for all, must end.