Politics is a cynical game. Getting elected demands jumping through hoops, from kissing snotty babies to quaffing warm ale in working-class pubs.

Pressing the flesh with the great unwashed, however, is no longer required to ascend to the iron throne in the great city of Bradford.

Aspiring to public office in the foothills of the Pennines need not involve embracing a single germy toddler or necking even one flagon of Theakston’s Old Peculier. Better still, when it comes to actual policies you don’t need to formulate a single focused thought on affordable housing, school standards or surgery waiting times.

Nope. To be a political big shot in Bradford you need but one conviction: disliking Jews and Israel. A lot.

Bradford has become a bellwether for the failure of British multiculturalism and an example of how supposedly progressive left-wing politics can venomously veer towards anti-Semitic points of view.

As Liberal Democrat peer Monroe Palmer puts it: “There must be something in the water.” 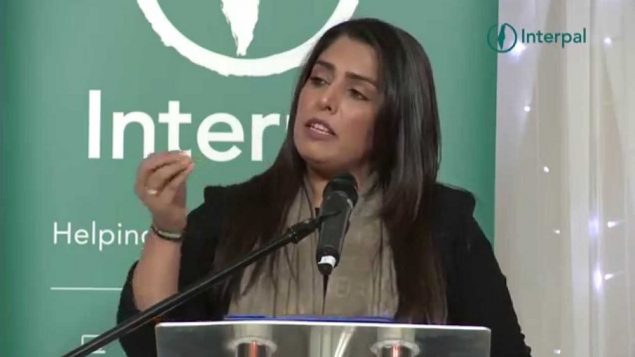 In 2014 former Bradford West MP George Galloway was investigated by police for declaring the city an “Israel-free zone” [which resulted in the local tourist office receiving a surge of requests for brochures from Jewish people].

Last year the city’s former lord mayor Khadim Hussain posted a link to an article alleging links between Israel and Islamic State. The following month Galloway’s successor, Naz Shah, was suspended by Labour for suggesting Israeli Jews should be transported to the United States [she has since, to her credit, warmly reached out to the Jewish community].

Then there’s Liberal Democrat David Ward, who served Bradford East as MP from 2010 to 2015. He was set to re-contest his old seat at this year’s general election until being sacked for being “unfit” by then-party leader Tim Farron. 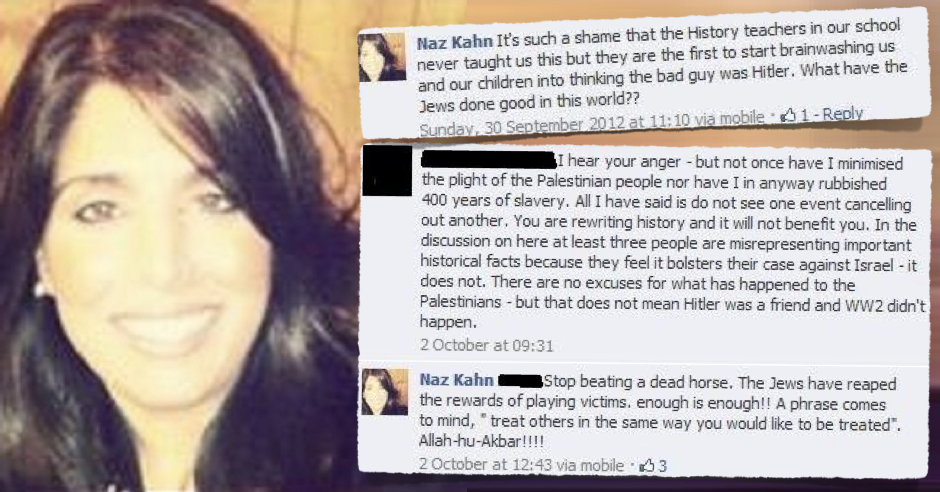 Say what you will of Mr Ward, but he could read an audience. He knew flogging his anti-Israel obsession to Bradford’s Muslims pays dividends at the polling station.

The latest star graduate from Bradford Charm School is one Nasreen Khan, a former member of Galloway’s comically named Respect Party. During the summer the local Labour Party decided, in its finite wisdom, to select her among the final two candidates to contest the council seat of Little Horton at next year’s council elections, despite being aware of the following message Khan posted on Facebook in 2012: “It’s such a shame that the history teachers in our school never taught us this but they are the first to start brainwashing us and our children into thinking the bad guy was Hitler….What have the Jews done good in this world??”

There’s more. “There are worse people than Hitler in this world now…Jews have reaped the rewards of playing victims. Enough is enough”.

The chilling decision to shortlist Khan says some disheartening things not only about modern Labour, but modern Britain. The last thing Bradford needs are divisive leaders who do nothing for peaceful coexistence.

Where does that leave us with Bradford? Khan’s party initially insisted it would not be able to suspend her as details of her past had been known at the time of her shortlisting. But on Wednesday night she will be re-interviewed by a panel.

About the Author
Richard Ferrer has become a leading voice on Jewish communal issues since becoming editor of the Jewish News in 2009, writing about contemporary Jewish life for a national audience. He edited the Boston Jewish Advocate, America's oldest Jewish newspaper, created the TV series Jewish Mum of the Year and writes for the Daily Telegraph, Independent and New Statesman.
Comments