Growing up in Haifa in In the early 1960s, Mother’s Day was celebrated in Hanukkah. Ours was the only city which made the sensible connection between the holiday of light and life, and motherhood.

Then, unfortunately, the only day dedicated to honor our mothers, was taken away and replaced by the politically correct “Family Day.” It is not the same.

Luckily the real Mother’s Day, which is celebrated in The US on the second Sunday in May, is still going on strong. Americans also remember their fathers and they  are recognized  on the third Sunday in June.

My own mother was a nurse, she immigrated to Israel with her family in 1935 shortly before her 18th birthday. In 1936 two new hospitals were founded in, then, Mandatory Palestine, one in Jerusalem and one in the area of Tel Aviv,  and they also offered nursing training. My mother was one of the first nurses to be trained in this country.  At that time nurses had to board at the dorms in the hospital and were not allowed to marry in the 3 years of their training. Although my mother had met my father soon after her arrival, she only married him 7 years later after graduating from nursing school.

I am not sure why my  grandfather insisted that my mother, his only daughter, would pursue further education, especially as her brothers did not go to university.  I would like to think that he believed in women’s education and wanted to make sure that his daughter had a profession so she could be financially independent and would not have to rely on a man. But perhaps, like Rachel’s father Laban, my grandfather wanted to test my father’s love and endurance.

Only after I grew up I started to appreciate my mother’s  determination and diligence; it was close to impossible to be accepted to nursing school at that time. There were only the two schools, and being a new immigrant she didn’t know the necessary Hebrew. She applied at least two times, but as her Hebrew was not good enough, her application was rejected.  She worked even harder on her language skills and finally was accepted in 1939.

In the 1950s, only few of our mothers worked outside the home. My mother was a nurse at a local community clinic in Haifa until she retired, and even afterwards she continued to attend professional lectures because she was curious to learn about new professional developments.

Although  I always complained when I went out with my mother,  and people would stop her in the street asking  for medical and personal advice,  I was proud of her knowledge and empathy. I believe that those are essential qualities for a nurse, and perhaps they explain my grandfather’s decision: he was sure that my mother had the empathy but helped her acquire the necessary knowledge.

And about Mother’s Day, everyday mothers in Israel, like everywhere else in the world, share all they have with their family, let them have that one special day for themselves, even if they claim that it’s not necessary and that “Family Day” is fine. 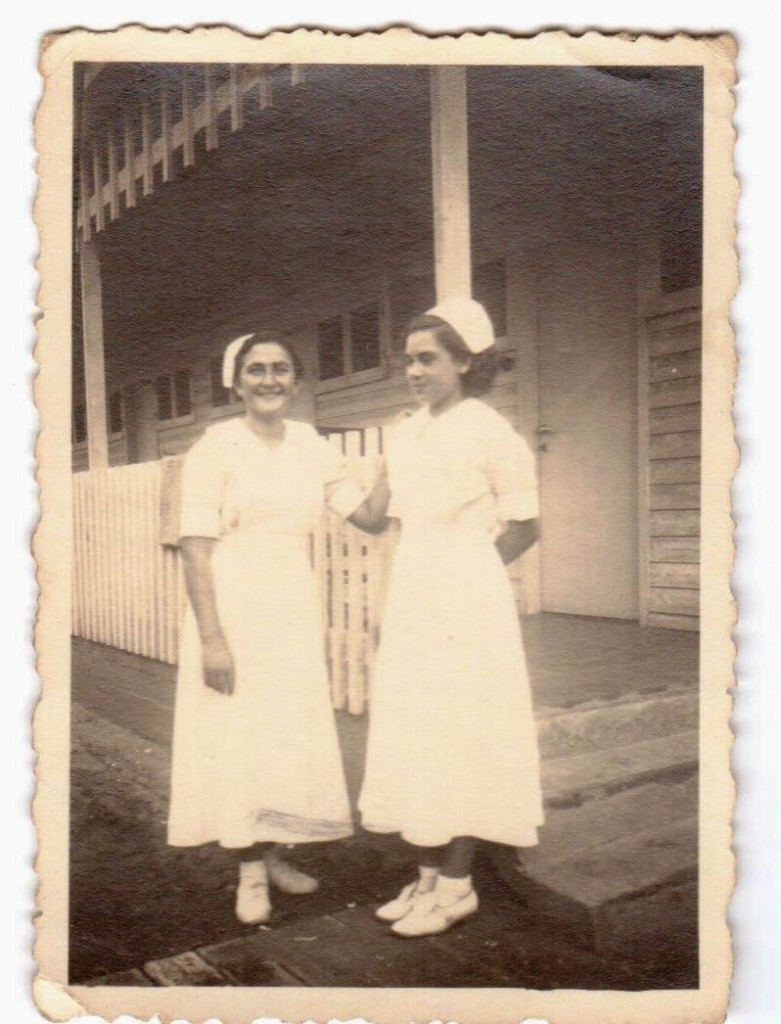 In honor of my mother, nurse Matilda

Photos: my mother in the hospital during nursing training, with a friend on the right side, graduation my mother is in the center.

About the Author
I have a PhD in English literature from the Hebrew University in Jerusalem and I usually write about issues concerning women, literature, culture and society. I lived in the US for 15 years (between 1979-1994). I am widow and in March 2016 started a support/growth Facebook group for widows: "Widows Move On." In October 2017 I started a Facebook group for Older and Experienced Feminists. I am also an active member of Women Wage Peace and believe that women can succeed where men have failed.
Comments
Advertisement