They say youth is the best moment in life, and a year ago, someone took this moment away from three innocent Jewish boys.

A year ago I woke up, checked my phone, and found out three boys had been kidnapped by Hamas. I didn’t understand much at the moment, so I had to ask some of my Israeli friends for extra information.

Naftali, Gilad and Eyal are heroes of Israel. They were taken away to prove a point. And that point has been proven. Rachel Frenkel, Bat Galim Shaer and Iris Yifrach, they stood up in front of a UN session and say it out loud, “The world is indifferent”

These women are not only the mothers of these heroes, they are heroes themselves. They fought, they defended their kids’ rights and, stood there, despite the world turning around and ignoring them.

But today, their memory is what keep us fighting. The fact these young boys won’t be able to join the IDF. They won’t have the chance to do the big trip afterwards. University is no longer an option for them and neither is having fun on weekends. Keeping the Shabbat is not on schedule anymore, enjoying everything that life had prepare for them is not available now.

The simple fact their smiles won’t shine among their families and friends, is the reason why I, and thousands of people around the world, stand up today, just like we did a year ago, to honour them, and to renew our vow to defend the land of Israel and their citizens. 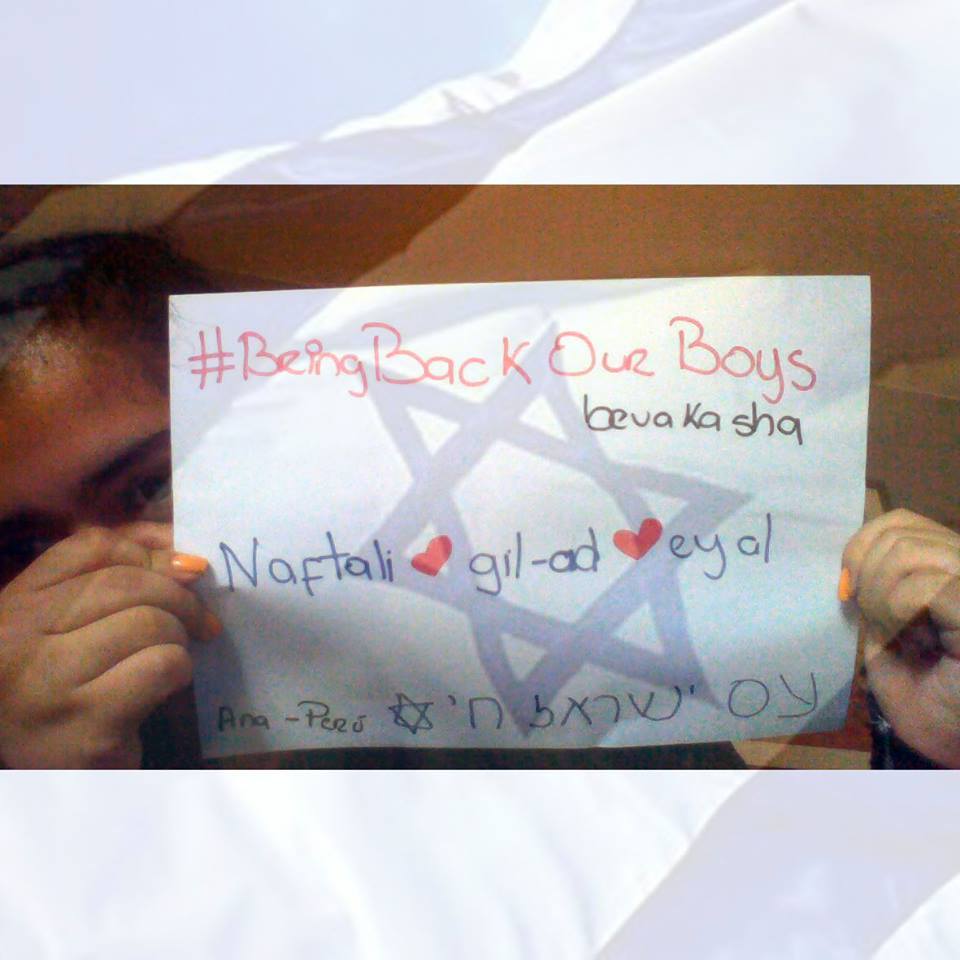 A year ago, joining the social media campaign #BringBackOurBoys
About the Author
Ana is a curious girl that ended up spending a year in Israel pursuing a master in Tel Aviv and constantly getting lost in the Old City. She is back in her little corner of South America writing about her random thoughts on unusual topics.
Related Topics
Related Posts
Comments