It’s so nice to be back together in shul. There is something so special about gathering together in our sanctuary, even with some restrictions; it helps us feel a sense of joy amidst the complexities and challenges that we continue to experience.

Now, let’s go back in time a few decades, back to the 70s or 80s, and try to remember childhood birthday parties.

I remember them from when I was a kid; I was shy and was not excited to go, but my parents forced me…I mean, encouraged me, so there I was doing my best to be a part of the action. 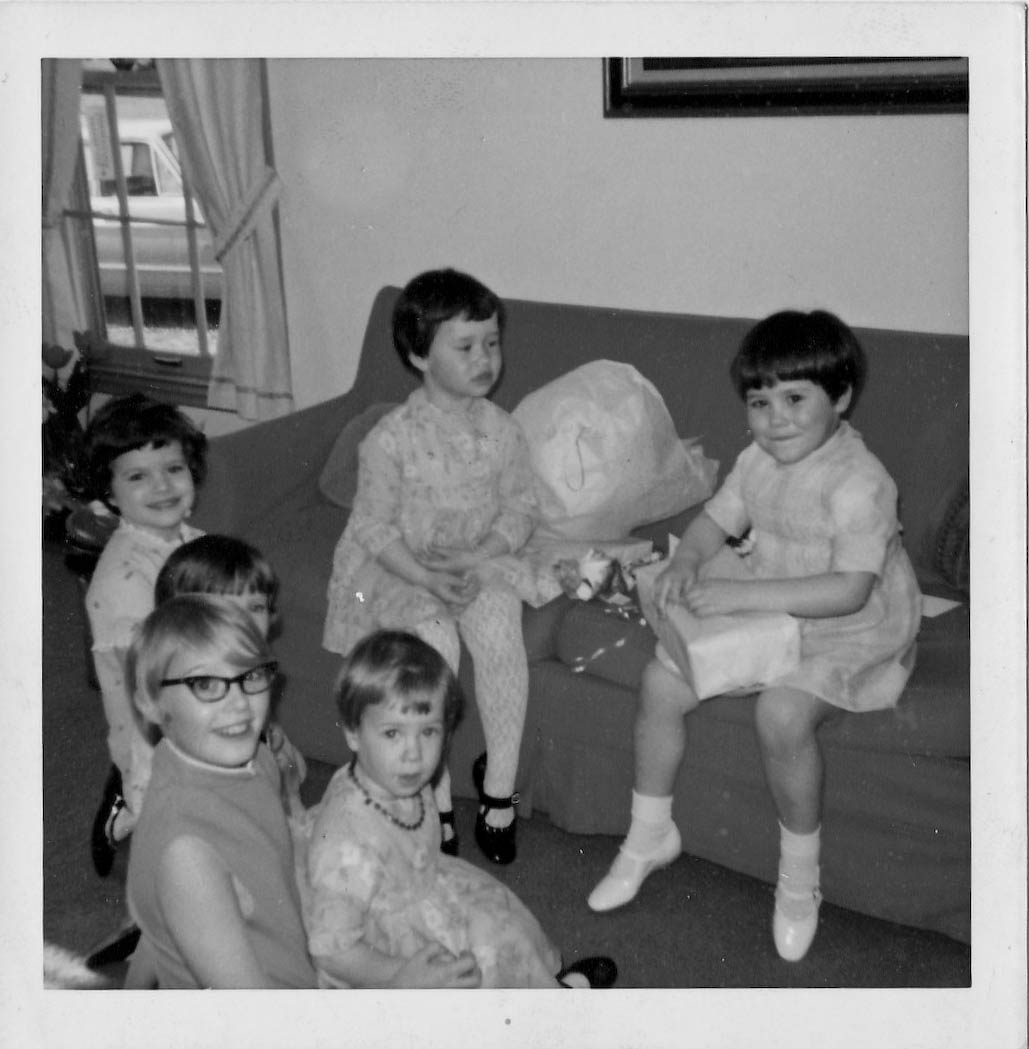 Back in those days, birthday presents were often opened in an elaborate ritual; the birthday boy or girl sitting on the sofa and everyone else on the floor so all could see the present and who gave what.

How I hated that.

Thankfully, this is not done anymore.

Because it was not fun; it was embarrassing. My parents would buy the present; I was always worried it was a puzzle or an article of clothing that would relegate me to an even lower social status than I already inhabited. 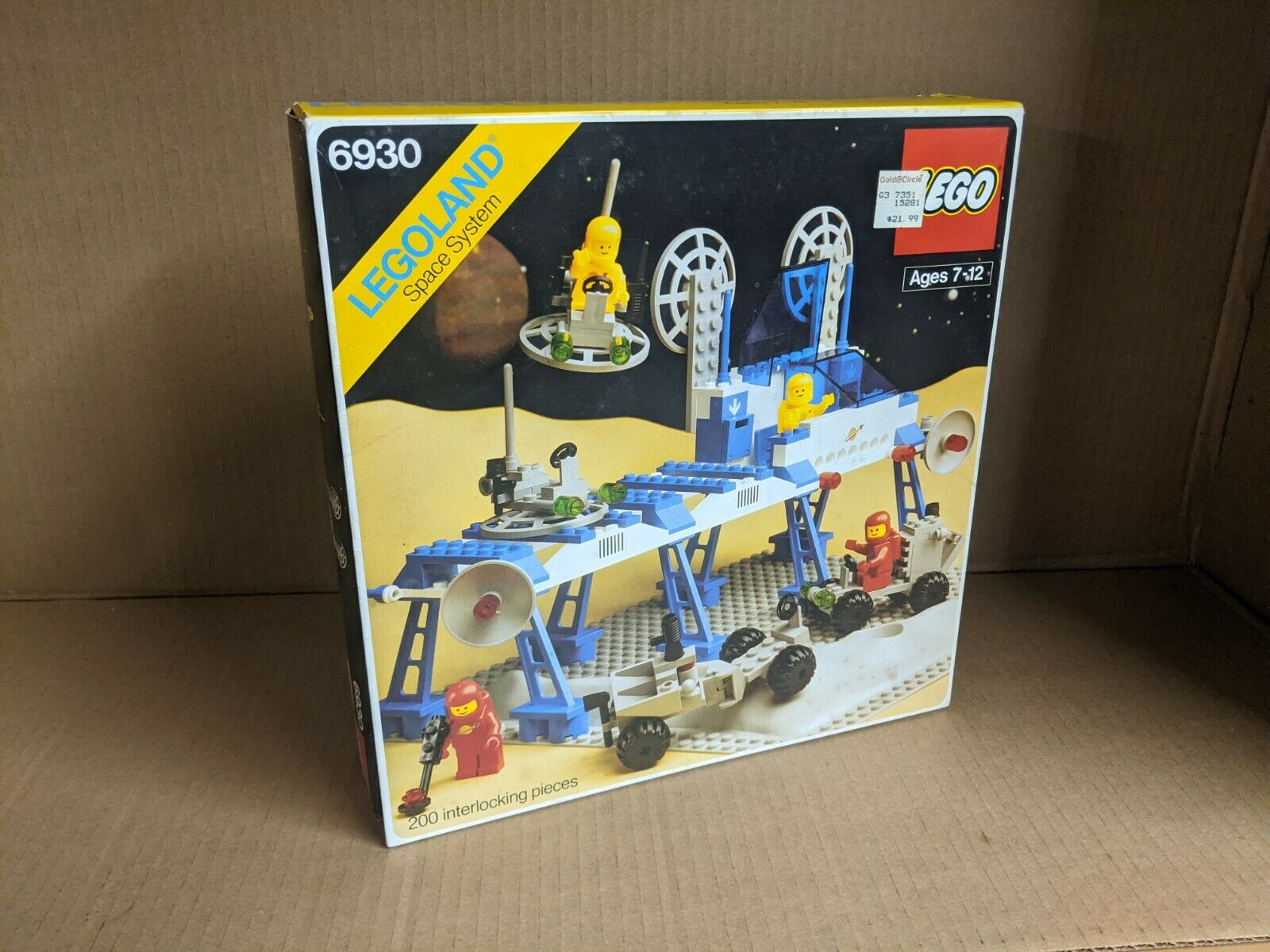 But sometimes it was fine; I had a cool present and was excited to have mine opened. One time, the gifts were being opened and mine was a Lego Space Station – I was pretty excited since it seemed like a pretty awesome gift. But a couple of gifts before mine was opened, the same Lego Space Station was opened.

I had brought the same gift as someone else.

I tried to hide or disappear to no avail…

It strikes me that this situation is similar to this week’s parashah. While Lego was invented only in 1949, the Torah has a more ancient gift: a basket of fruits and wheat. 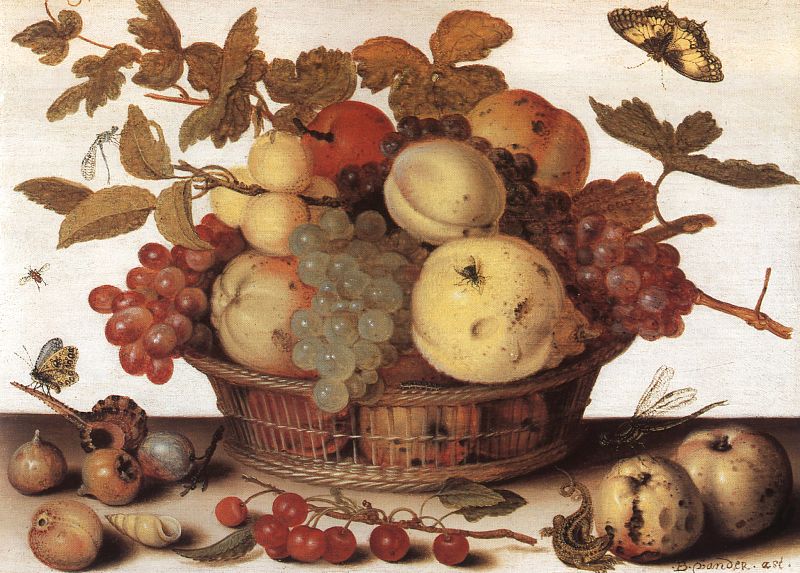 But here, everyone was supposed to bring a similar basket full of first fruits to the Holy Temple in Jerusalem at the beginning of summer during the festival of Shavuot. And while not every fruit is exactly the same space station, they were pretty much the same. This had a big advantage over birthday parties – no one left feeling bad.

The question is why did each person bring the same gift to the Temple. The tradition here was trying to smooth out differences. If everyone brought the same gift, no one could be outdone by someone else who brought something else, something better. 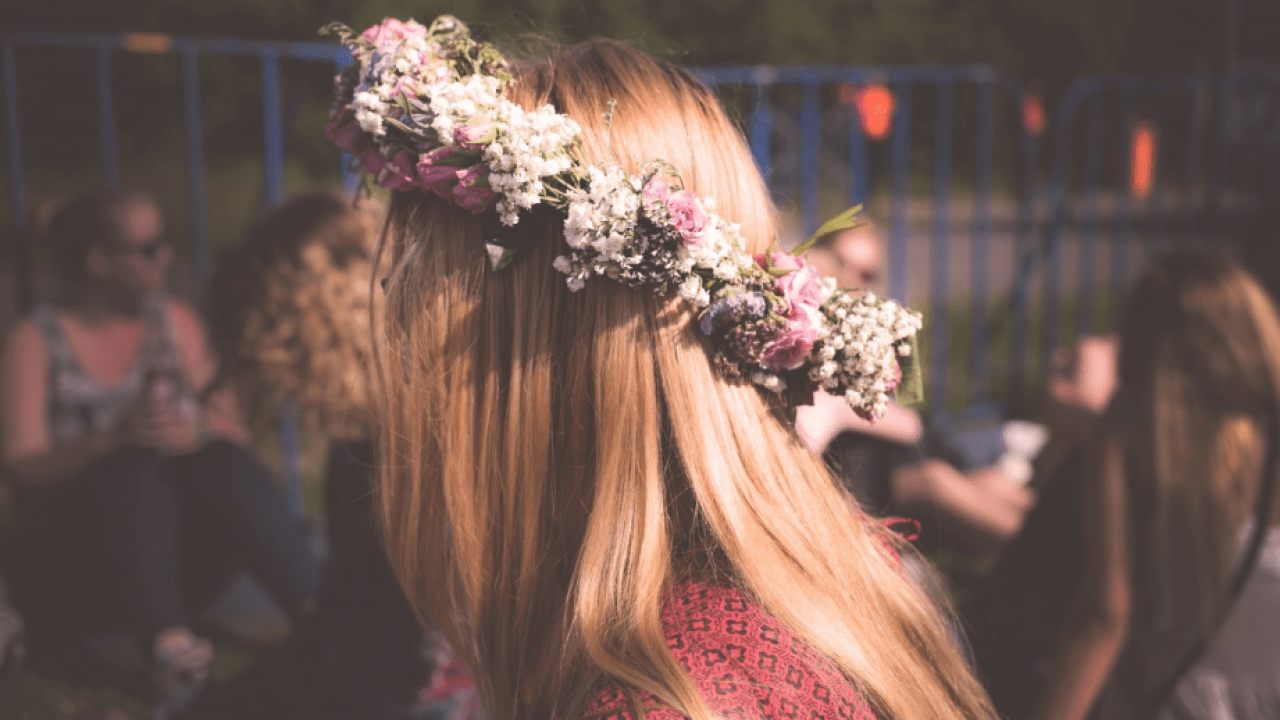 This ritual was picked up in modern Israel, especially in the Kibbutz movement where children would wear white with a zer prahim – a crown of flowers. Since we have some Israelis here today, I will embarrass myself by singing: join in with me if you remember the old Hebrew song: “Saleinu al k’teifeinu, rosheinu aturim miqtzot ha’aretz banu heveinu bikkurim – our baskets on our shoulders, we have brought the first fruits, from all the land we have come…”

But let’s go back to the original ceremony: once each farmer brought the basket of fruits, they were required to recite a prayer, a formula, to complete the ceremony:

“My father was a fugitive Aramean. He went down to Egypt with meager numbers and sojourned there; but there he became a great and very populous nation. The Egyptians dealt harshly with us and oppressed us; they imposed heavy labor upon us. We cried to Adonai, the God of our ancestors, and Adonai heard our plea and saw our plight, our misery, and our oppression. Adonai freed us from Egypt by a mighty hand, by an outstretched arm and awesome power, and by signs and portents. [God] (He) brought us to this place and gave us this land, a land flowing with milk and honey.” (Dt. 26:5-9)

If those words seem familiar, it is because they appear verbatim in the Haggadah which is what we use at the Passover seder. And they are a great summary of Jewish history until that point. It’s the whole story of the Exodus and more – the whole seder can be summed up in a few lines, so we should just say that and then “please pass the matzah!” 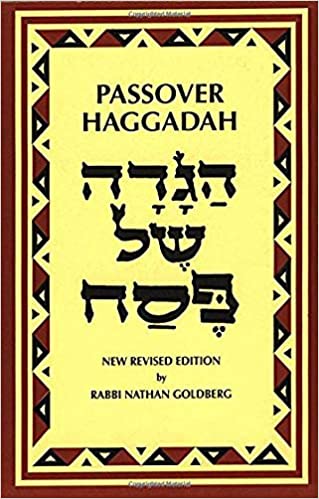 It’s interesting to note that when the rabbis had to choose a central text for the Haggadah at the Pesah/Passover Seder; they chose this text to expound. And it’s strange since they were moving the key text of Shavuot back to the previous holiday. This change was indicative of how special this narrative was.

This mini-lesson in Jewish history was so important that the rabbis teach us that it had to be recited in Hebrew (whereas prayers can be recited in any language) and there was a prompter whose job it was to feed the words to anyone who needed help.

So, let’s ask why was this abbreviated historical story necessary? On Shavuot would it not have been more logical to simply express gratitude for the bounty, for the fruits that they were blessed to have? 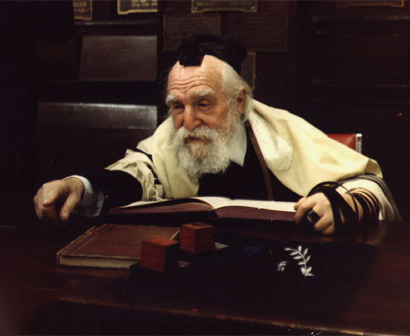 Rabbi Moshe Feinstein at his desk in the bais medrash of Mesivtha Tifereth Jerusalem. Photo by ChanochGruenman (Uploaded at English Wikipedia on 21 March 2005 and released into Public Domain)

Rabbi Moshe Feinstein, a 20th century scholar, points out that this ceremony was not held in private; it was not a moment of spiritual connection for the individual farmer. A private thank you.

This ceremony was held in public, within the community where everyone could see and hear it, reminding the farmer to look beyond himself. Not only can the farmer not produce his fruit without God’s blessing, the gift of the land, but he also needed the community. There were others who worked with him; and this blessing should be celebrated within the context of the larger group appearing together in Jerusalem at the Beit Hamikdash, the Holy Temple. 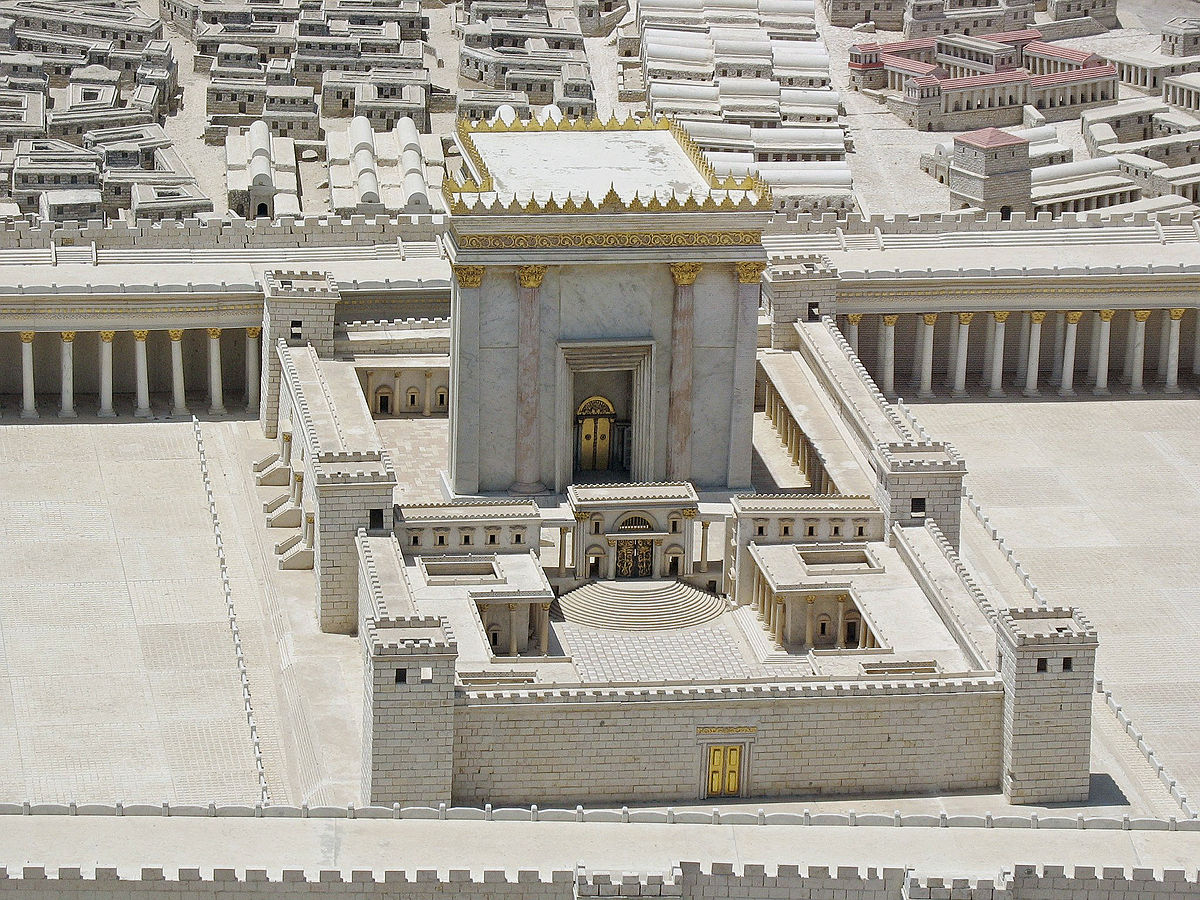 This is a reminder to the farmer and to all of us that we should not be concerned only with ourselves, but we should extend our concern to all those around us. After all,  others also have an impact on us. If there is one thing that this pandemic has taught us it is that we are all bound to one another.

The rabbis teach that we should look after one another, that we are only as strong as our weakest link. So, when people do not get vaccinated it brings risk to all of us.

But, there is another piece to all of this: to whom were these fruits brought? Following the mini-Jewish history text, the Torah reminds us that we are also supposed to bring our tithes, a tenth of our harvest to the Levite, the stranger, the orphan and the widow.

Now, how are these people all related to one another? They are all dependent on others. The Levites did not own any land so they required food from others to survive. The same goes for the stranger, orphan and widow, they did not have a way to sustain themselves without help.

These are critical groups in the Torah, mentioned again and again. These are the groups on the margins who need the most support.

It’s fascinating to see how the Torah emphasizes the stranger – often ancient societies or even modern ones – left out those who were different, who were immigrants.

Here, we are taught to include those who are excluded, to widen our community.

Today, we live in a world where some want to divide people and some who want to be more inclusive. Here is a clear example from thousands of years ago from our Torah that insists on bringing others into our circle, into the community, caring for them in the same manner as anyone else. In fact, they are mentioned specifically since they probably need more than others.

This ancient ritual brings us a powerful, timeless message. We should publicly declare our origin story, creating communal moments of connection which link us not merely to the past, but also to the values that speak to this moment including how we treat those on the margins.

When we take those lessons to heart, then we act out what the farmers practiced in Jerusalem.

Oh, and don’t worry if you bring the same gift or bottle of wine.

We all know that it is the thought that counts, especially when it teaches us something deeper about how we treat others.