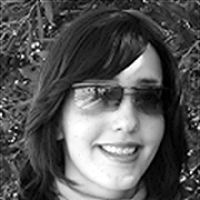 The Blogs
Ronit Peskin
Apply for a Blog
Please note that the posts on The Blogs are contributed by third parties. The opinions, facts and any media content in them are presented solely by the authors, and neither The Times of Israel nor its partners assume any responsibility for them. Please contact us in case of abuse. In case of abuse,
Report this post.

When I wrote about my experience, talking on the panel on the Kotel at the General Assembly, I wrote the main points from the event, mainly focusing on what I said, and less so about what the other people said, unless it was shocking or especially noteworthy.

However, there was something I didn’t mention that one of the panelists said, that has since gone viral on the internet, being quoted in many places, and misinterpreted beyond belief.

Having been on the panel where it all started, I wanted you to hear “from the horse’s mouth”, or at least as close as that as possible.

In the JFNAGA panel on the Kotel, Hallel Silverman, the teenager from WoW, (who made news when she got arrested for wearing a talis at the Kotel) asked Sharansky if he can promise that WoW won’t be arrested for reading from a Sefer Torah in the women’s section next Rosh Chodesh.

Sharansky said “I promise there will be no arrests, no one will arrest WoW for trying to read from the Sefer Torah” and now that quote has been taken out of context and spread in the media and social media, saying that Sharansky supports Women of the Wall reading from a Sefer Torah at women’s section. People who disagree with Women of the Wall feel Natan Sharansky betrayed them, and people who support Women of the Wall have been using this quote to bolster their cause.

These are two of many places with this misinformation.

Saying that Sharansky supports reading from the sefer torah in the women’s section because of that quote is a misinterpretation of what Sharansky said. This is the context that was missing:

(What is in italics/brackets is my additions, not actually what he said, but what I understood from what he said.) What he said, in short, was that arresting WoW from the start was a stupid decision [with bad repercussions,] and the government/police [learned that its a bad idea to arrest WoW and] won’t be arresting them anymore.

As I understood it, in short, nothing different than has been happening since May. No one from WoW getting arrested. They’ve learned that arresting WoW just hurts international relations, and helps bolster their cause, so they’ve stopped arresting WoW altogether.

What should happen if WoW would try to bring a Sefer Torah to the women’s section? It simply won’t be allowed past security. And if WoW does sneak it in, then they’ll be asked to leave and/or the Sefer Torah confiscated.

But Israel is concerned about its PR, and won’t be arresting WoW anymore.

Whether you think Sharansky supports your side or not is your call. But don’t misinterpret this latest line of his, taken out of context, to assume that it means he supports WoW reading from the sefer torah at the women’s section of the Kotel this month.

About the Author
Ronit Peskin is a chareidi single mother of 4 living in Kochav Yaakov, activist for mental health awareness, blogger at PennilessParenting.com about living a life with mindful spending, and foraging instructor, attempting to make a kiddush Hashem every day via her interactions with others.
Comments