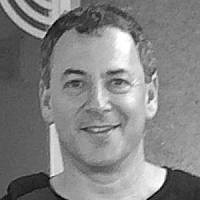 The Blogs
Paul Hirschson
Follow me on twitter @paulhirschson
Apply for a Blog
Advertisement
Please note that the posts on The Blogs are contributed by third parties. The opinions, facts and any media content in them are presented solely by the authors, and neither The Times of Israel nor its partners assume any responsibility for them. Please contact us in case of abuse. In case of abuse,
Report this post.

Welcome to what I hope will be a record of personal and professional experiences over the coming years as I serve as Israel’s ambassador and representative, based in Dakar, Senegal, to seven countries in West Africa — about 14% of Africa! I trust you will be convinced over time why West Africa should be on our radar.

Senegal, my new home, is a fascinating, authentic meeting place of Black Africa and Islam. It joins the UN Security Council in January and has recently taken on the Chair of ECOWAS (Economic Community of West African States). A democratic country, Senegal is considered perhaps the most politically stable country in Africa.

Israel approaches West Africa with three main issues in mind: humanitarian, economic and strategic, each of which with sufficient weight and impact to warrant attention.

West Africa comprises Israel’s largest ever humanitarian footprint: A major agricultural development project in Senegal where we plan to develop 5000 smallhold family farms; a dialysis center under construction in Sierra Leone (frozen by the Ebola epidemic we can now progress); three mobile medical clinics, in Sierra Leone, Guinea (with whom we don’t have formal diplomatic relations), and Liberia, and an almost $10 million contribution to the Ebola Fund. The embassy has much to oversee..

On the economic front, hundreds of millions of dollars are in search of allocation to mutually beneficial projects. As I write, Israeli technology is being deployed to produce 75% of Senegal’s sugar in Senegal (they currently import 100% of their sugar), a significant milestone in West African food security. More to come..

Senegal in particular and West Africa in general is similar to Israel on part of the strategic outlook. A relatively small country with its back to the sea; a frontline state bordering the Arab Spring. Al Qaeda in the Maghreb in their north-east, Boko Haram in the south-east and Somalia’s Al Shabaab in their far east. Stuck in the middle of all this is Mali who just recently teetered on the verge of implosion.

With Hizballah raising funds through charitable fundraisers (sic) and other activities in West Africa, the destabilizing repercussions of the Arab Spring and the disaster that is Libya, the conversation underway between Israel, Senegal and West Africa in general is critical.

I arrived in Dakar, the capital of Senegal, five days ago, so it’ll be prudent of me to learn more over the coming weeks but from initial conversations I’ve had here it’s clear this is a relationship whose time has come and that’s what it’s all about — relationships and timing.

Paul Hirschson, Israeli ambassador in Africa, can be followed on Twitter @paulhirschson

About the Author
Paul Hirschson is an Israeli diplomat. Former Israeli Ambassador in West Africa; a former spokesperson at Israel's Foreign Ministry in Jerusalem. Paul has traveled, worked and done business in 30 countries across the Arab world and Africa and lived 6 years - the month of Ramadan 6 times - in two Muslim countries. Having also lived 3 years each in the USA and the UK, Paul brings a unique perspective to the Israel conversation. Tel Aviv is home.
Related Topics
Related Posts
Comments