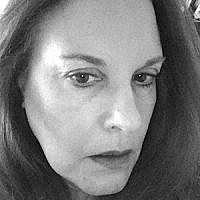 The Blogs
Robin Silver-Zwiren
Apply for a Blog
Advertisement
Please note that the posts on The Blogs are contributed by third parties. The opinions, facts and any media content in them are presented solely by the authors, and neither The Times of Israel nor its partners assume any responsibility for them. Please contact us in case of abuse. In case of abuse,
Report this post.

A bright young boy is quietly reading a book during outside lunch recess. He is the smallest in his grade because he and his family value education so he has already skipped two years. Unfortunately this means that he has no real friends in the school or even in his neighborhood. Suddenly a group of much larger boys surround the quiet boy who just wants to be left alone. The bullies push and shove him until he falls off the bench and his valuable book has been taken from his hands. The teacher walks towards the crowd gathering around the boys. The teacher sees what is happening but yells at the younger boy. He is told that the older boys can keep the book. That even if they plan to rip it apart it is their right to keep it because it is well known at school that these particular boys have no interest in reading which is why their test scores are so low they can be considered illiterate. The young boy is stunned to discover that he has no allies, no one to see his point of view. He was innocent, he did not start any trouble. In fact he purposely stayed on the other side of the playground. He has not only lost his book but his virtue and naivete. He decides that the next time he will not be idle, he will fight back. What choice does he have?

Lebanon, Egypt, Jordan, Syria, aided by countries like Iran and Saudi Arabia have attacked Israel all too much since the Modern State of Israel was formed in 1948. From the Atlantic Ocean to the Arabian Sea, from the Mediterranean Sea to the Horn of Africa and Indian Ocean there are 22 Arab speaking countries in the Arab League. Pan-Arabism, or Pan-Islamism, refers to the political unification of all these lands. All that land mass but they want more. It is not as if the Arab League can even handle what they have. Just listen to news reports about Boko Haram in Sudan and of course IS in Syria. Do you think the average, hardworking, storekeeper in Gaza wants to have Hamas leaders telling him what to sell and to whom? Unfortunately the majority of everyday citizens are not courageous enough to stand up to the bullies. Because of this scenario we seem to have more bullies than we can deal with.

Well actually Israel would like to deal with the bullies but, like in the schoolyard where the innocent is unprotected, we have world leaders siding with the strong-arms. So because the Arab League has more than enough land (that they can’t handle anyway) and more than enough oil (that they sell off to buy munitions) they seem to be able to control even people in leadership roles.

Okay, maybe it is true that Israel is not totally innocent. Maybe they did take some lands that belonged to Bedouins who roamed freely without a land deed. Maybe the Israelis moved into beautiful villas once owned by Palestinians who ran off to neighboring lands during the War of Independence in 1948. However think of how much Arabs did to Jews displaced from Arab lands? Jews from Morocco, Tunis, Algeria and of course Spain who may have owned vast libraries with tomes in many languages, stunning heirloom jewellery and artwork were forced to leave empty handed. Families who left countries like Morocco in the 1980’s and could not bring out any of their wealth let alone personal treasures. Some were lucky to have family in Europe and America and every time someone visited they would smuggle out money, jewels and rolled up artwork. I have heard of people who turned their coins and jewelry into golden bars because it was easier to take out and then exchange. Some may say these actions go against Toraic principles but the Torah also states that a father must provide for his family. Sometimes one needs to take more drastic measures, sometimes ones against our own teachings.

So, a note to the boy in the schoolyard: don’t let the bullies push you around. Don’t let them take your books that tell you factual accounts of our history. Don’t let anyone take away the bench you sit on because it was possibly made by one of your ancestors who first toiled in the Modern Jewish State.

Palestine, or Mandatory Palestine, was ruled by the British from 1920-1947. Prior to 1920 the area was ruled by the Ottomans. The Sykes-Picot Agreement gave the British ruling power after WWI. In 1917 the Balfour Declaration opened up discussion to there being a Jewish State on the Biblical promised land, one that Britain would accept and help create.  The League of Nations declared that part of the land would become the Modern State of Israel. They declared a Palestinian Arab land in the newly formed Transjordan region but this was not enough. The bullies not only wanted the park bench but the land surrounding it and fought back. They are still fighting over a Palestine that was never solely theirs. Pre-´48 Palestine was a land for Jews and Muslims, Christians and Druze, Bedouins and  atheists but how often do antagonizers listen to reason?

There are some Israeli Arabs who complain how unfairly they are treated. How jobs all too often go to Jews first. What these Israeli Arabs don’t realize is that in any of the vast 22 Arab, mostly Muslim lands, Jews would not even get employed. Chances are Jewish children would not get the same education as their counterparts and they would be picked on and humiliated by their peers. Compared to the poverty and illiteracy in all too many of the Gulf States the Israeli Arabs seem to have a far better life. Unfortunately the troublemakers are affecting their lives by telling Israeli Arabs not to work for Jewish companies, not to have their children attend certain schools or play in some parks. Israeli Arabs are still represented in the Knesset which is an interesting fact: they refuse every offer for a 2-State solution which would give them their own state and then complain about the treatment within the Jewish borders.

Yes, those Jewish borders. Some well educated, highly respected Arab Israelis may publish articles about how they are being treated like second-class citizens. However how many Jews are even able to hold high positions in any of the 22 Arab States? Some point out how upsetting it is for an Arab Muslim population to have a flag with a Jewish Star on it and an anthem that is so Jewish. Well welcome to the Modern Day State of Israel buddy!

Those Arabs Muslims who refused to leave in ‘48 and/or to accept the peace initiatives now remain on Jewish owned lands. I can respect those wanting to stay in the village of their ancestors. However millions of Jews wish they could return to the lands of their ancestors in Arab and European lands but we are not so lucky.

None of the eleven countries with a Crescent Moon emblem are welcoming Jews. However if you don’t like the Magen David on the Israeli flag don’t move to Switzerland because their flag has a Red Cross! Try being more accepting of the only Middle East nation that accepts everyone: Jews, Christians and Muslims as well as white, brown or black skinned and heterosexuals, homosexuals, bisexuals and asexuals.

Israel, with its white and blue symbol flag and anthem “Hatikvah” meaning hope, is not only a Jewish State but one ruled by Toraic lessons and principles. If only the Muslim Arab nations lived by the positive teachings in the Koran, the ones that tolerate other belief systems, the surahs mentioning that Israel is home to G-d’s chosen children the Jews.

Until that time it won’t only be children fearing bullies in the schoolyard. People everywhere will fear going on a plane that may be hijacked and used to bomb a major building somewhere. People will be afraid to go to large shopping malls where poisonous gas can be put into the ventilation system. What about the fear of suicide bombs that are not just occurring in Israel but at airports and sports arenas all across the globe?

How can rational, educated people believe that it is all happening because of Israel? That is just an excuse and as ridiculous as it sounds all too many believe it. How Palestinian Arabs are being treated is not the reason for Iran’s nuclear stockpile, or fighting in Syria, or kidnappings by Boko Haram. That is just an excuse for all the bad behaviour.

Blame the Jews, blame Israel. It is certainly easier for the bullies who refuse to take responsibility for their actions. While Jews use the Tanach as a reference guide to do good deeds these Muslim oppressors use the Koran to create havoc in the world. They want to go back in time rather than taking positive lessons and moving forward and unfortunately their numbers are growing. When are you going to say “Enough, Never Again”? The little boy in the schoolyard decided he had to change his destiny by changing how he will react to being bullied. We must all do the same so that the years ahead are filled with everything we dream for future generations.

About the Author
Robin Silver-Zwiren taught various levels and subjects (including English) before getting married and raising three children who now also live in Israel. She loves to travel, meet new people, and experience all our vast world has to offer
Comments