The Blogs
Elise Ronan
Justice, justice, you shall pursue....
Apply for a Blog
Please note that the posts on The Blogs are contributed by third parties. The opinions, facts and any media content in them are presented solely by the authors, and neither The Times of Israel nor its partners assume any responsibility for them. Please contact us in case of abuse. In case of abuse,
Report this post.

It is now known that bullying in childhood can lead to PTSD in adults. Our eldest son’s therapist told us that he suffered from a form of PTSD because of the severe alienation he endured throughout his years in public school. There was a point in his life that he truly felt that he would never have any friends or get along with people. He felt that he was destined to live his life alone. Luckily, when he went to college, where he found acceptance, and after several years of intense therapy, he has come to realize that he is that wonderful, funny, smart endearing young man that we always tell him he is. I also know for a fact, that my son was not the only child in our school district to have been the victim of this type of bullying. An important point to note: a child also does not have to have an autism spectrum disorder to be a victim of bullies or to end up with PTSD. Sadly, in dealing with a child that has been the victim of extreme bullying I always wondered what ever happened to parenting?

In truth I call it the “not my child” syndrome. Parents when faced with the reality that their child is being a bully or cruel to another child, refuse to believe that their offspring could do anything wrong. That somehow it has to be the bullied child’s fault, they had to have brought it upon themselves. In other cases, parents are so afraid to not be considered their child’s friend that they pay no attention to the social life their child leads. They live with such trepidation of saying “no” to their child that they erase any social parameters or boundaries. They allow their child to do what they want, when they want to without consequence of action. It basically becomes Lord of the Flies in a modern context.

On the other hand, three years later when my younger son entered the same school district, the children in his class infact became his champions. The one thing you did NOT do was bully my younger son. It was as if they formed a protective cover for him and made certain that everything in his day went as best as they could. They lined up to be his lunch buddy. They over volunteered to take part in a social skills group where he was the main focus (this program is called circle of friends and it is a terrific program for all students, where neurotypical students join with students on the autism spectrum to promote social skills and understanding). The other children made certain that he knew he was welcome in the school. Consequently he hasn’t had the same hard time as his brother when it comes to society and human interaction in general. Oh he still has his autism idiosyncrasies and issues to resolve, but he begins his adult life with less baggage than his brother. Again what was the big difference? Parents who were not afraid to be parents and to make sure that their children understood what is means to be a positive influence on the world around them.

In fact a recent survey shows that 1 in 3 Israelis have been the subject of cyberbullying. In the United States surveys show that 95% of those on the autism spectrum have been the victim of bullies. Another recent study just completed at Ben Gurion University along with the Georgia State University in the United States, suggests that bullies suffer as much in the long run as their victims. Bullying in other words is anything but a victimless crime.

And yes I use the word crime because whether we want to address the reality or not, belittling, denigrating and being emotional abusive toward another human being is as much a form of assault as physical violence. Forty-nine out of 50 states in the USA have passed anti-bullying laws. And since the recent spate of adolescents in the USA who have been bullied to death, there is now a move to include cyberbullying among the listed criminally libel bullying offenses.(FBI and cyberbullying information)

So what can you as a parent do to protect you child from bullies?

1. Keep an eye on where they go on the internet. Keep that computer in a central location. Do not allow your child to stay in their room with the door closed interacting on their computer. (Dealing with Cyberbullies/US Computer Readiness Team)

2. It is best that children do not start with social media until they are well into their teens, but if you allow it, make sure that you have their passwords and access to their accounts. Create guidelines and rules for on-line interaction and postings. Checking up on them is not stalking. It is parenting. If they break the rules they should know the consequences of losing their access to social media. For more ideas go to Prevent Cyberbullying

3. Know your school’s policy about bullying. Make sure that if an incident occurs you have the school handle it right away. (I recommend that if you do not have a relationship with the bully’s family you let the school be the go between.Never approach the parents yourself.)

4. Know your child’s rights under the law. If necessary, you may need to contact an attorney to ensure that their rights are respected.

Teaching your child to ignore bullying is very difficult. If you were taunted, alienated or threatened on a daily basis at a place that was supposed to be a haven for you (school), you too would never be able to ignore your reality. It used to be that even if you were harassed at school you could come home and find an oasis. Today with the long reach of the Internet, at times even home has become a place of torment. The bullying just never stops. It is up to the adult world to make certain that bullies do not get the last word.

An aside: bullies do not disappear. If the psychology of bullies is not addressed and they are not taught that their actions are detrimental, they will continue to bully throughout their lives. They will parent as bullies (thus creating more bullies), partner as bullies (leading to domestic violence, both physical and emotional) and bully in the workplace (haven’t we all had one of those bosses or had to deal with a bullying coworker). Sadly in many ways some of our more successful individuals, whether in finance, politics or even religion, are bullies. Not until we as a society refuse to condone and revere a person whose success is dependent upon this anti-social behavior will anything really begin to get done to alleviate this societal problem.

This is how a school should handle bullying

On-line trolls; IRL trolls, Cyberbullying and the ability to block

Dealing with the oldest of hatreds

Assimilating the Anger. Do You Even Want to Try?

About the Author
#RenegadeJew ...Elise's specific background deals with the practical aspects of raising special needs children. She has over 20 years experience advocating for her sons and others. Her motto: Don't put off the important things. Stand up for what you believe in. Do what is right and honest. Have patience. Have self-respect. Be kind. And above all BE BRAVE. Elise is a graduate of Boston University Law School and a Certified College Transition Coach for Persons with Asperger's Syndrome. She blogs under a pen-name to protect her sons' privacy.
Comments 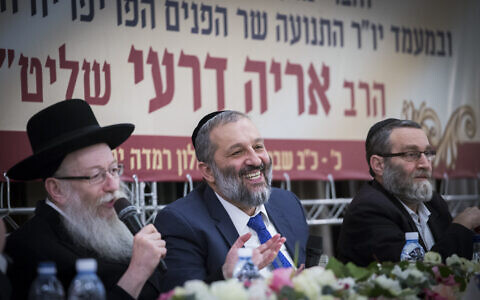 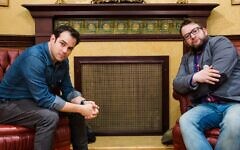 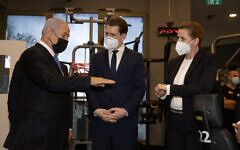 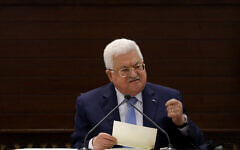 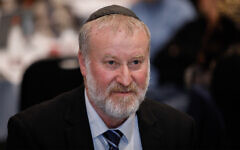