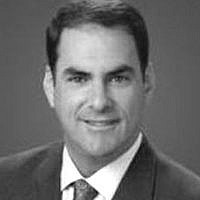 The Blogs
Stuart Tochner
Apply for a Blog
Advertisement
Please note that the posts on The Blogs are contributed by third parties. The opinions, facts and any media content in them are presented solely by the authors, and neither The Times of Israel nor its partners assume any responsibility for them. Please contact us in case of abuse. In case of abuse,
Report this post.

Late on Election Night in 2016, Donald Trump spoke remotely with a group of soldiers huddled in a hangar somewhere in Afghanistan.  The cameras focused on him, and on the soldiers, as he asked them, one by one, to ask any “tough” questions they wished of the new president-elect.  One by one the soldiers spoke– but all they did was offer crisp praise to their soon to be new commander in chief.  “Great question,” Trump would comment, and then move on to the next soldier.

It was a jarring scene. Not so much because the soldiers were congratulating the new president.  But rather because it was clear that these were not queries at all.  They were all pretending– everyone posed as if questions were being asked and answered, while it was quite clear that no such thing was happening.

I was reminded of that unsettling moment as I watched the flickering images emanating from Jerusalem and Gaza this past week.

The scene from Jerusalem appeared to be magnificent.  Well-dressed dignitaries filled the room as they filed, one by one, past the beautiful new markers commemorating the move of the US Embassy from Tel Aviv to Jerusalem.  Smiles adorned every face.  And why not?  Every nation, including Israel, has the right to name its own capital city, and the refusal of nations around the world to recognize that simple fact constituted a decades-long injustice.  The United States finally did what it long promised to do, and should have done long earlier– move its embassy to Israel’s capital, Jerusalem.

Yet less than 60 miles away, the existential agony that is Israel’s daily struggle to survive played out with brute, unrelenting force.  In protests organized by the terrorist rulers Hamas, tens of thousands of Palestinians massed on the Gaza-Israel border once again, threatening to breach the border fence.  Troops from the Israel Defense Forces (IDF) fought to keep the crowds under control.  Live ammunition was used, and in the ensuing melee, 58 Palestinians were killed, and over 2700 wounded.

To judge from my Facebook page, there were two realities last week. In one, Jerusalem’s status as Israel’s capital was finally recognized by the greatest power in the world, for the first time perhaps in 3000 years.  It was an unambiguously glorious achievement, it righted a past wrong, and was justly the cause of unbridled celebration.  In the other, Israel had fully descended into the Valley of Darkness, indiscriminately slaughtering unarmed Palestinian women and children in its endless quest to subjugate another people.

Yet we actually saw neither reality last week on our television screens, just as we never saw a genuine exchange of thoughts that evening on Election Night.  We saw deeply complex events play out before us on a very complicated day in the Middle East.  True, we watched the United States rightly move its embassy to Israel’s capital city, Jerusalem.  But as we watched pastors Robert Jeffress and John Hagee deliver key addresses at the ceremony, we cannot help being struck by the reality that this event had less to do with the vision of Herzl than the electoral math of American evangelical politics.  We ignore the gaping reality that America squandered an enormous diplomatic lever here, deploying the embassy move not in service of a specific policy objective, but simply as the payoff of a campaign promise to a key (Christian) demographic.

And on the other hand, the IDF is being asked to carefully handle an impossibly combustible powder keg. The demonstrations organized by Hamas is no simple unarmed protest. The border massing, combined with provocations such as sending burning kites across the border, is intended to provoke precisely the violent reaction that that the IDF has willingly provided.  It’s a tricky business — the IDF has both the right and the duty to protect that border. Depending upon which expert you believe, there may or may not be some non-lethal way of achieving that end.  But it’s clear that the public perception of Israel dips precipitously every time a Palestinian dies from IDF sniper fire. Castgating IDF forces as indiscriminate killers entirely misses the point, and obscures the enormous challenges facing those troops. And at the very least, it’s an unmistakable human tragedy.

At Pesach every year, we commemorate the greatest achievement in the history of our people — the Exodus from Egypt and our deliverance from slavery to freedom. Yet at the moment of that emotional apex, we spill ten drops of wine, recognizing that there may be, and often are, real human consequences that flow from the discharge of our communal responsibilities. Failing to recognize the complexity of this week’s events, that it was neither an occasion for chest thumping or browbeating, is simply like burying our heads in the Afghanistan sand, pretending that obsequious praise is the same as a probing question.

About the Author
Stuart Tochner is an employment attorney based in Los Angeles.
Comments